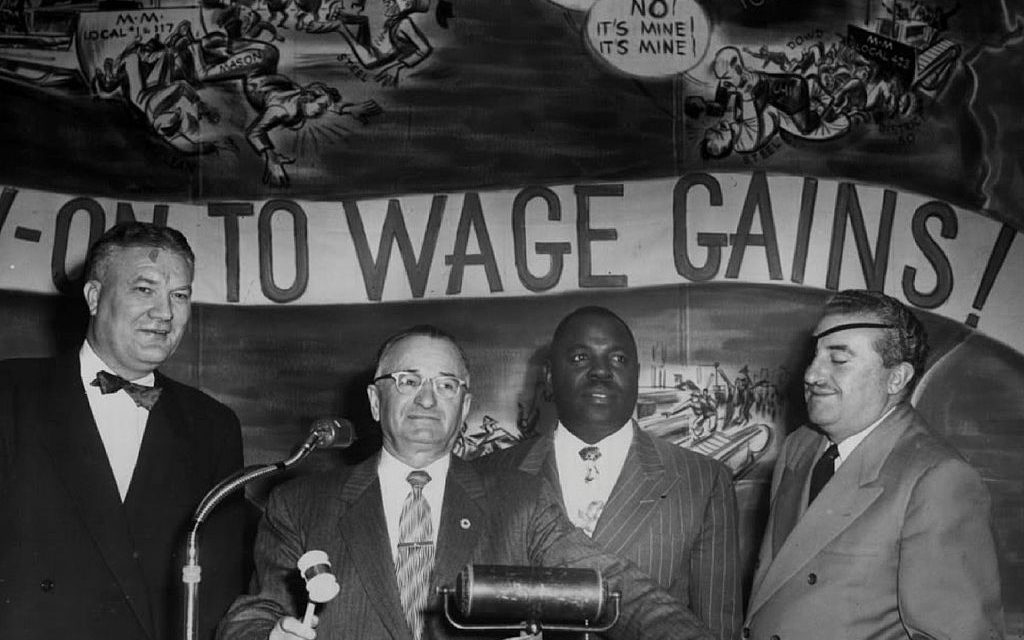 The ongoing union drive at an Amazon warehouse in Bessemer, Alabama, could prove to be a key beachhead for union organizing in the South. But it’s not the first time Bessemer has seen union fights. Nearly a century ago, the town was home to anti-racist union organizing with the Communist-led union Mine-Mill.

Amazon workers in Bessemer, Alabama, are holding an important vote right now to become the first group of American workers for the company to unionize their warehouse. The fight is a key battle in the long-running and mostly elusive effort of labor to build power in the South. But this isn’t the first such unionization effort in Bessemer.

In 1949, during the Cold War crackdown on unions with leftist leadership, the International Union of Mine, Mill and Smelter Workers (Mine-Mill), a union with deep ties to the Communist Party and a history of anti-racist organizing, was challenged by a more moderate union, the United Steelworkers of America (USWA), which used racism and red-baiting to defeat Mine-Mill in the election.

Radical Mine-Mill labor organizers in the past confronted white supremacy in order to organize the working class in in key industries throughout the country, helping channel worker discontent on the job into organizing drives and strikes. As dedicated organizers, Communists often rose to leadership positions in their unions and pushed unions to organize black workers in the segregated Jim Crow South. At their best, Communist-led unions were among the most well-organized and actively anti-racist in this period.

But Communists’ influence within unions declined during the Red Scare after World War II. The Cold War climate allowed liberals, reactionaries, and capital to join together to purge Communists from most of their key positions in the US labor movement. In 1947, the Taft-Hartley Act required union members to sign non-Communist pledges. After Taft-Hartley, more conservative unions within the Congress of Industrial Organizations (CIO) began to challenge unions with Communist ties, in an attempt to wrench their leadership out of radicals’ hands or destroy them outright.

The following years were destructive for both Mine-Mill and black steelworkers. In 1950, the CIO finally expelled Mine-Mill for its Communist ties. In Bessemer, the new leadership for USWA was mostly white and negotiated contracts that discriminated against black workers. Mine-Mill confronted both racism and capital in Alabama, and the defeat of Mine-Mill benefited both of its opponents.

But the organizing efforts of Mine-Mill weren’t for naught. Members of Mine-Mill played influential roles in Bessemer’s NAACP Chapter and the Bessemer Voting League. Several important civil rights leaders from Alabama also had family in Mine-Mill.

In fact,  the workers at the Amazon plant in Bessemer today also build upon the legacy of Mine-Mill. Stuart Appelbaum, the president of the Retail, Wholesale and Department Store Union (RWDSU), the union organizing at the Bessemer Amazon plant, explains, “We see this as both a labor struggle and as a civil rights struggle, which has often been the story of the labor movement in the South.”

Applebaum directly links the organizing today to Bessemer’s past. He says, “Decades ago, that’s where the steel mills were located. People could speak to their parents or grandparents and hear about the difference unions made in their lives.”
The experiences in Bessemer of Mine-Mill workers in the past and Amazon workers today demonstrate an important lesson: labor organizing can and should be anti-racist. In Bessemer, many workers were mobilized by the Black Lives Matter protests against the police this summer. This mobilization in the streets then translated to organizing their workplace.

The Bessemer union drive at Amazon, a powerful anti-union force, provides hope for the future of organized labor. But Bessemer can only be the beginning. Socialists can build upon their history of confronting white supremacy to organize the working class across the country.

–Willem Morris is a senior at Columbia University, studying history and economics and an organizer for the Columbia Young Democratic Socialists of America. This article first appeared in Jacobin magazine.

Time for Truth and Reconciliation by the AFL-CIO?