HOUSTON and SAN ANTONIO Â Today I had the privilege of transporting the art of Antonio Guerrero from Houston to San Antonio. Antonio Guerrero is one of the Cuban 5 who are unjustly imprisoned in federal penitentiaries across the U.S. The Cuban 5 are five men who fought against terrorism perpetrated against their homeland, Cuba, and were unjustly incarcerated in this country.

I drove the art to San Antonio during the incredible drought which has plagued Texas for the past couple months. It was hot, to say the least, dry and windy. Some might say this mirrors the demeanor of Texans

What might also be said of Texans is that we are a tough bunch who fight for our rights and donÂt back down in the face of intimidation. There is an incredible fight back going on to oppose the budget cuts proposed by the right wingers, both Democrats and Republicans. Working people are united in their fight against the forces of the ultra-wealthy. We are opposed to the assaults on health care, education and public services in this state.

I drove the art to San Antonio on FatherÂs Day and Juneteenth and there is some significance to both.

I know what it is to lose a father. My father died in 2003 at the time of the start of the unjust invasion of Iraq by the U.S. As my father was dying in a hospice room, I listened to reports from CNN of the Bush inspired invasion of Iraq which has resulted in the slaughter of hundreds of thousands of innocent working people both in Iraq and from the U.S. My father was a man of peace and was opposed to this unlawful military invasion of a sovereign nation from the beginning. He would have been opposed to the subsequent invasions of sovereign nations under Bush and Obama to include Afghanistan, Libya, Yemen, Pakistan and many others.

Progressives elected President Obama to be the Peace President and we have been sorely disappointed. Some hypocrites back Obama and his worldwide invasion, but opposed Bush for his invasions. It doesnÂt matter the party or color of skin of the President, all working people should unite to oppose imperialism.

Today was also Juneteenth. Juneteenth is a Texas holiday which commemorates the emancipation of slaves in Texas. I am proud to have celebrated Juneteenth by transporting the art of one of the Cuban 5 to San Antonio. It is the least I could do to express my solidarity with the people of Cuba who fought against the wage slavery imposed on them by U.S. corporations.

Most people in the U.S. donÂt understand that the Cuban Revolution was about booting out the predatory U.S. corporations and their Cuban puppets and replacing them with a government truly of the people, by the people and for the people. The Cuban 5 fought a valiant struggle against the forces of the U.S. right wing who sought to overturn the Cuban revolution and reinstate the wealthy to the position of the ruling class in Cuba. For their remarkable struggle against the wealthy, they are now incarcerated in prisons under despicable conditions in the U.S.

It is very sad to think of the children of the Cuban 5 who have been denied the right to contact with their fathers. I was proud to honor these children on fatherÂs day as well.

Returning the five Cuban heroes to their native land would be an excellent step in the right direction of promoting world peace.

Russia’s Place in the World 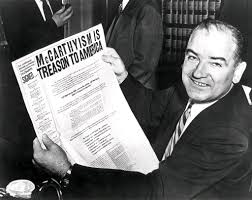 Will the Last “Progressive for Obama” Please Turn Out the Lights?