Maduro succeeded Chavez as leader of Venezuela’s revolutionary Bolivarian movement on the latter’s death in March, 2013. His opposition has linkages with command structures of global capitalism, and its enforcers.

On his election to Venezuela’s National Assembly in 2010, Serra was the youngest deputy, ever. As an activist law student, he established himself as a full-throated advocate for Venezuelan socialism. He became a leader of the youth movement within President Chavez’ United Socialist Party of Venezuela (PSUV) and gained attention in the Assembly for his eloquence. Some said he was “a future Chávez”.

Interior Minister Rodriguez Torres specified that, “We’re not dealing with unfortunate events committed by a common criminal. We are dealing with an intentional murder, planned and executed with great precision.”

On September 22 Rodriguez Torres released a video which shows Venezuelan student activist Lorent Saleh describing his own terrorist plotting in Colombia. Saleh now is in prison after being deported from Colombia. He boasted of an association with ex-Colombian President Alvaro Uribe and his acquisition of weapons and ammunition. Saleh mentioned a list of 20 Venezuelans targeted for death. Robert Serra’s name was there.

Two days before his assassination, Robert Serra condemned the video on a television talk-show: “Let the country see what is happening! Why was [ex-Colombian President] Álvaro Uribe Vélez the first to defend Lorent Saleh? Because there are directly related interests between the paramilitarism he personally directs (…) and these wretched deeds.

A former Colombian President agreed with Serra. Ernesto Samper, now Secretary-General of South America’s UNASUR alliance, issued a statement saying, “the assassination of the young deputy Robert Serra in Venezuela is a worrying sign of infiltration by Colombian paramilitaries.” On October 6, Venezuela’s National Assembly banned Uribe from entering the country.

What is to be done?

Robert Serra, however, had a visibility and promise that turned his killing into a watershed moment. Others, elsewhere, aspiring to build alternatives to imperialism and injustice can take lessons from the present cluster of events in Venezuela.

For one thing, official U.S. and European preaching on Venezuelan affairs is lame and hypocritical. In mid- 2014, for example, U.S. senators and representatives concerned about street violence demanded sanctions against Venezuelan leaders; they talked about human rights. In May, Secretary of State Kerry highlighted the restoration of “civil liberties of opposition leaders who have been unjustly imprisoned.”

It’s as if the sole motivation for U.S. interest in Venezuela is disinterested solicitude for basic rights. In statements and reporting, U.S. officials and the media say nothing about the opposition’s destructiveness or violence. Its consumption of U.S. taxpayer dollars and the achievements of Venezuela’s social revolution pass unnoticed, as has the murder of Robert Serra.

So there is this obvious message: do not believe what U.S. officials and the regular media say either about Venezuela’s socialist government or what the United States is doing there.

A second lesson relates to history. The scenario in Venezuela, terrorism and/or political assassination tacked onto manufactured chaos, has precedents. For example:

•In February, 1933, fire destroyed Germany’s national parliamentary building, the Reichstag. The newly empowered Nazis blamed the disaster on German and Soviet communists and thus rationalized decimation of German communists, a strong-arm state, and Germany’s eventual invasion of the Soviet Union. •Cuban revolutionaries declared victory on January 1, 1959. The next year a State Department official recommended “hunger, desperation [to] overthrow [the Cuban] Government.” Policy makers found that was not enough, and a terror regimen followed.

•Chilean generals Rene Schneider and Carlos Prats were “constitutionalists” who opposed preparations for a military coup to remove socialist president Salvador Allende. CIA – assisted plotters assassinated them in 1970 and 1974, respectively, in the first instance to allow coup preparations to proceed and in the second to flaunt revenge and terror after the coup.

•When a right wing zealot murdered Chris Hani in April, 1993, that former commander of the military wing of the African National Congress was secretary-general of the South African Communist Party. His killing, “a deed so foul that our whole nation now teeters on the brink of disaster” (Nelson Mandela), threatened to undo negotiations toward a post-apartheid future.

•In Venezuela itself, in April, 2002, plotters had sharpshooters in place to kill Caracas demonstrators. The idea was to blame the murders on Chavez loyalists and thus promote a serious but failed attempt to end the Bolivarian Revolution.

The common thread in these episodes, Robert Serra’s killing among them, is resort by embattled reactionaries to extreme measures as they try to derail revolutionary movements at the point they are successful, or on the verge of success. They seek the image or reality of chaos. Taking advantage of fear, division, and defeatism sown through terror, they presumably can claim to achieve order, and through force if necessary. The lesson here, again not very mysterious, is that by the time targeted assassinations are happening, the enemies of change have become desperate and will stop at nothing. That’s the occasion for re-strategizing and whatever else it takes to keep a revolutionary project going.

The most dramatic lesson stemming from heightened terror in Venezuela relates to international scheming prior to Serra’s assassination. Documentation has emerged of a Spanish offensive against the Bolivarian revolution.

In early July two prominent Venezuelan opposition figures attended “FAES CAMPUS 2014” in that country. Conservative former Spanish president José María Aznar presides over the FAES organization, the gathering’s sponsor. Academician and writer Carlos Fazio, based in Mexico, explained recently that FAES is “working on an international network of neo-conservative think-tanks and NGOs pushing for regime change in Venezuela.” He added further that discussion during the week-long conference touched upon “non-conventional or fourth generation, war [and] a new offensive that could be unleashed in the coming days.” Fazio emphasized that, “What’s new now is the outsourcing of chaos with [Spain’s] National Intelligence Center (CNI) undertaking to replace covert destabilization actions of the CIA.”

The Venezuelans on hand were National Assembly delegate Julio Borges and Chacao mayor Ramón Muchacho. María Corina Machado, recipient of US government funding for her Sumate organization, spoke to the gathering on video. Accused of promoting violent anti-government outbursts earlier in 2014, she is legally restricted from leaving the country.

Fazio writes that Borges and Muchacho attended secret meetings on the sidelines with Aznar and analysts from the CIA- supported CNI. He reports, “The CNI would guarantee the necessary training and funding for carrying out new subversive plans in Venezuela” which would be “coordinated (…) with the government of Barack Obama and the CIA.” The two heard advice on the “necessity to follow the movements of PSUV leaders, government officials, and artistic and sport personalities with the idea of planning eventual kidnapping and other violent actions that generate terror and chaos.”

Carlos Fazio does not explain how he came to know what was said in secret meetings. The FAES website itself merely records platitudes spoken by the Venezuelans. Fazio’s exposé first appeared on web sites on September 29, two days before Robert Serra’s assassination.

In any event, it seems that an international ring of counterrevolutionary conspirators is beating up on Venezuela. A unified band of nations dedicated to global capitalism threatens Venezuela’s sovereignty and revolutionary aspirations. Who then is standing up for revolutionaries there?

Latin American nations beholden to the ideal and practice of regional unity are supportive. But just as capitalists have come together in this instance as a class, surely the working class must also unite on Venezuela’s behalf.

Now is the time for working people worldwide, especially those in the offending nations who claim internationalist loyalties, to organize and act on behalf of Venezuela’s socialist revolution. This message highlighted by Robert Serra’s assassination is paramount.

In the meantime fair-minded people all over, and those attuned to history, will very likely find truth in Fidel Castro’s comments on Robert Serra. In an article titled “Heroes of our Time” written one day after Serra’s murder, the former Cuban president explains that the crime “fits so closely the practice of the worst Yankee intelligence organizations.” “Honor and glory for the young Venezuelan revolutionary and his companion María Herrera,” Castro declares. 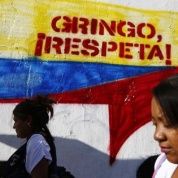 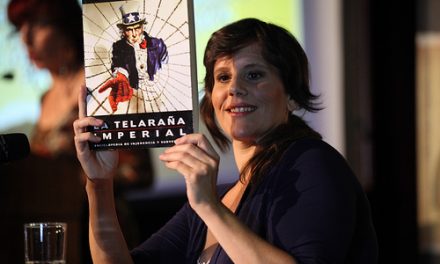