Daniel J Edelman and Associates is the world’s largest public relations firm, by revenue. Like all PR firms, Edelman peddles its services to corporations, institutions, and individuals to burnish their commercial or public image.

Edelman understands that the vital link between image and profits is the trust of the public. They are in a business that sells trust to their clients.

One of their marketing tools is the annual Edelman Trust Barometer, an international poll that purports to show potential customers the elements that inspire trust in various institutions (or, conversely, elements that diminish the trustworthiness of institutions).

Now trust is an elusive, subjective concept, but for institutions embedded in the capitalist system appearances are as good as the real thing.

Though the annual Trust Barometer is not meant as a political instrument, its findings often carry political import. For example, the 2020 “global trust-index,” a poll conducted worldwide between October 19 and November 18 of 2019, shows trust in key institutions– NGOs, Business, Government, and Media– declining in the US, firmly placing the US among the countries in the “distrusting” category. Perhaps surprisingly to the obsessive China-bashers now dominating the leadership of the two parties, the country scoring highest on the trust-index is China (PRC). There, unlike the US, Japan, Germany, Spain, UK, France, Ireland, South Africa, Italy, Australia, and Russia, those surveyed have trust, increasing trust, in their institutions, a fact hard to square with the media-generated picture of undemocratic repression.

On questions of inequality, the Edelman trust index divides the population into two categories: the masses (85%) and the bourgeoisie and petty-bourgeoisie (euphemistically and arrogantly, Edelman calls the upper classes the “informed public”). Not surprisingly, global elites are more trusting of their institutions on the matter of income inequality as opposed to the rest of us, by 14 index points.
Here again, of all countries, the PRC shows the most trust that its institutions address inequality, though there is a large gap between the trust of the most well off and well-educated and the masses.
On the other hand, the masses in the US, its NATO allies, Japan, and Russia distrust their institutions on questions of inequality.
Globally, Edelman finds that elites trust 3 of the 4 key institutions: NGOs, Business, and the Media, but not Government. Certainly, this should be no surprise since the institutions serve the elites, but elites express an anti-government stance to justify tax cuts and privatization. The masses, on the other hand do not trust any of the key institutions surveyed by the PR firm (see below for a radical shift since the coronavirus).

Edelman finds that income inequality affects trust more than economic growth. That is, the growing gap between the rich and the rest of us weighs more heavily upon trust in institutions than in the past or with other factors.

Most developed countries, including the US, are pessimistic about economic prospects; and even more “worry about people like me losing the respect and dignity I once enjoyed in this country.” This result goes some way toward explaining the appeal of “Make America Great Again” and its counterparts outside the US.

Fifty-six percent of respondents agreed that “Capitalism as it exists today does more harm than good in the world.”

Seventy-seven per cent of respondents expressed a “sense of injustice” and seventy-six per cent had a “desire for change.” Only 18% agree that the system is “working for me.”

Two-thirds of those surveyed agreed with the statement: “I do not have confidence that our current leaders will be able to successfully address our country’s challenges.” Is it any wonder that people are searching for leaders outside of the mainstream?

To its credit, the Edelman firm took another look at trust after the global pandemic struck this winter and spring. The new conclusions were striking.

“[T]he public is relying on government to protect them in a manner not seen since World War II. Trust in government is not only up by double digits in six of 11 markets surveyed, it is the only institution trusted by the mass population (62 percent).”

“[R]espondents want government out front in all areas of the pandemic response: to provide economic relief (86 percent), to get the country back to normal (79 percent), to contain Covid-19 (73 percent), and to inform the public (72 percent).”

“The Spring Update shows that 67 percent of respondents believe that those with less education, less money and fewer resources are bearing a disproportionate burden of the suffering, risk of illness and need to sacrifice in the pandemic…”

“This pandemic has made me realize how big the gap in this country is between the rich and the working class, and something must be done to more fairly distribute our country’s wealth and prosperity.” 64% of respondents agree.

“Only 38 percent believe business is doing well or very well at putting people before profits.”

“Only 39 percent believe business is doing well or very well at protecting their employees’ financial wellbeing and safeguarding their jobs.”

When the future of a public relations firm so inextricably tied to the fate of capitalism arrives at these dire conclusions, one can be certain that the conclusions are not twisted or spun to put lipstick on the capitalist pig. Indeed, the fact that one of the top cheerleaders for capital reports that over half of its respondents believe that global capitalism “does more harm than good” means that there is a ready audience for the message of socialism. The spring pandemic and the coincident economic collapse have only amplified the dissatisfaction with capitalism and the potential for a socialist resurgence.

We are in the first act of a global revolution; the objective conditions for radical change– mass dissatisfaction, exploding inequality and immiseration, desperation– are present and only intensifying. As in the early stages of other revolutionary moments, the subjective conditions are backward and undeveloped. Cynicism, nostalgia, reformist illusions, and utopianism have yet to give way to a united sentiment for radical change. Neither a scientific, nor historically grounded vision of socialism has taken deep root in the masses. There is every reason to believe that it will.
But the opportunity is not guaranteed. If it is not seized by a coherent, revitalized, and mature socialist movement, others will seize it, with unhappy outcomes. That is one of the many tragic lessons of the last century. 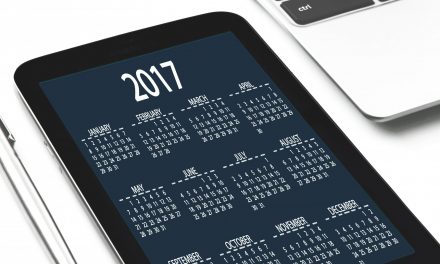 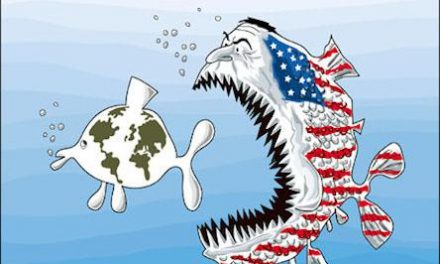