On 22 June 1941 a German army of 3 to 4 million troops stormed over the border to wipe out the Soviet Union. Stalin's Wars is an evaluation of the war effort of the peoples of the USSR and their leaders, who defeated the invasion and drove the Nazis all the way back to Berlin. The Soviet victory, if it is not the jost stupendous achievement in military history, must come close. The immense scale of the forces arrayed on each side, and the toll in life, are breathtaking.

Geoffrey Roberts's book focuses on the Great Patriotic War and after. Roberts concludes, firstly, that Joseph Stalin was a highly effective and successful war leader. He sees criticisms of Stalin's military leadership as rooted in anti Soviet Cold War polemics and in the de Stalinization campaign inside the USSR from Khrushchev onwards. Secondly, Roberts believes Stalin was committed to the grand alliance with Britain and the United States and wanted to see it continue after the war. Stalin strove to avert the break up of the Big Three. Thirdly, Roberts sees relaxation of repression as begun in Stalin's time. The transition away from the repression that peaked in the mid or late 1930s was begun during Stalin's last years, 1945–53.

Geoffrey Roberts is professor of history at the National University of Ireland, Cork. His previous works include The Unholy Alliance: Stalin's Pact with Hitler (1989), The Soviet Union and the Origins of the Second World War (1995), and Victory at Stalingrad: The Battle that Changed History (2002). Roberts is a bourgeois historian. In the 1970s, as a Eurocommunist, he was involved in criticizing the Soviet Union and the other socialist countries. In the 1980s his politics moved further rightwards. He now supports, by his own admission, a "liberal, democratic, humane and socially responsible capitalism." He was a signer of the Euston Manifesto.

In this reviewer's opinion, the importance of this book is much greater than its judgments about the war making successes and failures of Stalin and his circle. The book is compelled to make larger generalizations about politics and history. Stalin's Wars continues a major trend in bourgeois historiography that, after 1991, refuses to accept the Cold War shibboleths. Bourgeois historians, though still holding many anti communist assumptions and prejudices, are freer to reject the image of "Stalin as Lucifer," or "Stalin as another Hitler." With the anti communist ideological pressure off, with the post 2001 Western ruling classes' focus on "anti terrorism," not anti communism, as the main war justifying ideology, a window of bourgeois candor has opened.

Of course, hedging their bets, bourgeois ideologues continue to churn out a yearly crop of tomes demonizing Stalin (Koba the Dread, The Court of the Red Tsar, et al.). This is a sure sign the Cold War is not over for ever: only round 1 is over. Anti communism is only in remission. It will be moved to the fore when the next round of socialist revolutions takes place.

The paradox is that among social reformists there remains a big investment in Stalin demonization. And their kin, revisionist communists, also make much use of satanic imagery to distance themselves from twentieth century Soviet and eastern European socialism. For both groups, their founding charter is the Khrushchev "secret speech." Their empirical evidence is the disasters of 1989–1991, which are invariably attributed to "Stalinism." They refuse, so far, to engage with this new research. They still beat their breasts in ritual shame, abjuring Stalin.

jost of the post 1991 archival material is now out. If and when they do face up to it they will not be delighted by what bourgeois historians have concluded from it. The new archival material plays down Stalin's personal culpability in excessive repression, though to be sure there was culpability. It plays down the scale of the repression. It asserts that support for repression was widely dispersed in Soviet society.

Alas, as a wise friend wrote to me, "too bad the Soviets did not have the courage to open the archives sooner than they did." This debate would be over by now. In any case, the debate should be based on facts, old and newly discovered, and not on a priori axioms.

Stalin's Wars is readable, and thoroughly footnoted. It takes into account the post 1991 archival work. It has a rich bibliography and a sensible index. Treating Stalin as a contradictory human being in extraordinary revolutionary circumstances, it looks on him neither as an angel nor as a demon. There is plenty to quibble about in Stalin's Wars, but it is an honest book by a bourgeois historian trying to be balanced and take the facts wherever they lead him. 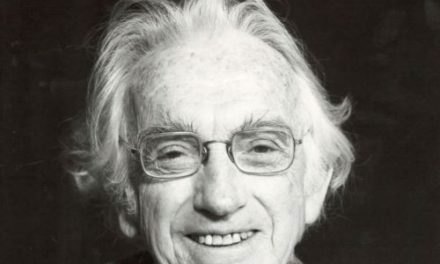