Review: The Counterrevolution of 1776

The successful 1776 revolt against British rule in North America has been hailed almost universally as a great step forward for humanity. But the Africans then residing in the colonies overwhelmingly sided with London.

In this trailblazing book, Gerald Horne complements his earlier celebrated Negro Comrades of the Crown, by showing that in the prelude to 1776, the abolition of slavery seemed all but inevitable in London, delighting Africans as much as it outraged slaveholders, and sparking the colonial revolt.

In the prelude to 1776, more and more Africans were joining the British military, and anti-slavery sentiments were deepening throughout Britain. And in the Caribbean, rebellious Africans were chasing Europeans to the mainland. Unlike their counterparts in London, the European colonists overwhelmingly associated enslaved Africans with subversion and hostility to the status quo.

For European colonists, the major threat to security in North America was a foreign invasion combined with an insurrection of the enslaved. And as 1776 approached, London-imposed abolition throughout the colonies was a very real and threatening possibility – a possibility the founding fathers feared could bring the slave rebellions of Jamaica and Antigua to the thirteen colonies. To forestall it, they went to war.

The so-called Revolutionary War, Horne writes, was in large part a counter-revolution, a conservative movement that the founding fathers fought in order to preserve their liberty to enslave others – and which today takes the form of a racialized conservatism and a persistent racism targeting the descendants of the enslaved. The Counter-Revolution of 1776 drives us to a radical new understanding of the traditional, heroic creation myth of the United States.

The perceived importance of Cuba to the security of the mainland did not arise initially in 1959 and thereafter. Before 1776, Spanish Cuba was the launching pad for repeated attacks on Georgia and the Carolinas, frequently with African troops at the tip of the spear, which terrified settlers. This led directly to the so-called Seven Years’ War (1756-1763), which inter alia was designed to eradicate this threat by ousting the Spanish from Florida and Cuba.

By 1762, this goal had been attained, although through negotiations Madrid was able to retain Cuba (while Britain occupied Florida). With the threat from Cuba dissipated, the mainland settlers then focused intently on ousting London – a goal that accelerated in importance when in 1772 the British Empire seemed to be moving toward abolition of slavery, which would have jeopardized the fortunes of leading settlers, including George Washington, Thomas Jefferson, James Madison and attorneys for slaveholders, e.g., John Adams.

The successful revolt against British rule leading to the formation of the USA – a process aided immeasurably by Madrid – then led to the new republic ousting Britain from leadership of the African Slave Trade. Thus, as early as the 1790s and continuing until 1865, U.S. nationals were in the leadership of bringing enslaved Africans to Cuba–a period when the slave population of the island increased exponentially.

Unfortunately, many in the U.S. still cling to the fairy tale that the formation of the U.S., which led to the first apartheid state, was a great leap forward for all of humanity – though demonstrably this was hardly the case for those who happened to be of African descent.

The Counter-Revolution of 1776:  Slave Resistance and the Origins of the United States of America
By Dr. Gerald Horne
New York University Press  363 pp. $48.75, (Hardcover) 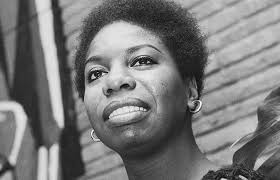 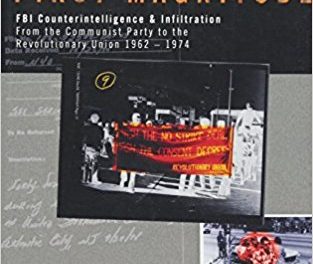