In this exhaustively researched project, Jacques R. Pauwels offers a unique interpretation of the coming of the First World War. Unlike the traditional understanding, which emphasizes the role that European politicians and military leaders played, Pauwels argues that this conflict was, in fact, a class war. It was war in which the European elite – a combination of Old Europe’s nobility and the newly established upper-middle class – actually welcomed as an opportunity to reverse the trend of democratization that had been unleashed since the French Revolution in 1789.

According to Pauwels, while the new revolutions made the European elite realize their socio-economic position was being threatened, the war also offered the victors an opportunity to enlarge their colonial territories and, thus, strengthen their access to raw material, markets, and cheap labor. In sum, the war was an opportunity for the European elite to broaden their empires while instilling deference and obedience in the “dangerous classes.”

The Great Class War is divided into three parts and its organization is important for several reasons. First, as Pauwels points out, the coming of war must be understood in the context of the long nineteenth century. Throughout Part I, Pauwels notes that the elite desperately wanted to avoid the social disruptions of 1848 and 1870. Socialism preached equality, which naturally threatened the elite’s position within European life. In that respect, militarism and nationalism offered a unique way to tame the “potentially revolutionary proletariat” (56).

Armies required discipline, order, and regimentation. And, of course, in times of national emergencies, it could be expected that common men would defer to their social betters to lead them through the trying times. As Pauwels notes, the only thing more effective than militarism was the actual deployment of armies. War, even the threat of it, became a useful way for the elite to control the masses.

An equally important aspect of Pauwels’ description of the nineteenth century is the rapid economic transformation of Europe, namely Germany. The acceleration of German industry throughout the 1880s and 1890s alarmed Great Britain. If things continued this way, Pauwels notes, the British feared that Germany would become the dominant force throughout the globe, not only economically but politically, too (105). War presented an opportunity to blunt this trend.

It also offered Britain, as well as other imperialist nations, a chance to carve out a bigger piece of the colonial pie by grabbing German holdings throughout the oil-rich regions of the Middle East and Eastern Africa. According to Pauwels, there was little difference on the part of the Germans. There too the elites looked to war to enhance their colonial territories and feed their growing industries.

Part II moves on to describe the war itself. Pauwels see 1914 and the declarations that accompanied it as the manifestation of a build-up of class tensions that had raged throughout much of the 19th century. The “sacred union” would put an end to decades-long labor agitation and social unrest. Even better, the army offered “perfectly hierarchical relations” (234). Pauwels notes that in all countries, Europe’s elite assured the people that the war would be quick and glorious. Most belligerents assumed they would be home before Christmas. Of course, the war was not quick and it was the elite that sought to rekindle the flames of nationalism through the use of an aggressive propaganda machines.

Perhaps the most important observation Pauwels makes throughout his second part is the solidarity shared between soldiers of opposing armies. The propaganda pointed out the noble cause the infantrymen had immersed themselves in but it did little to offset the resentment soldiers felt when it came to the discrepancies between ordinary soldiers and officers. Pauwels rightly points out that in all armies, the peasantry represented the lion share of the rank-and-file. The officers, on the other hand, came from well-to-do families and, as such, enjoyed noticeable advantages when it came to their experience in warfare.

As a way of demonstrating this point, Pauwels describes the way in which soldiers were transported to the front lines. While the “Tommies,” British slang for ordinary soldiers, were packed into train cars like cattle, British officers enjoyed spacious accommodations in segregated cars (259-60). Pauwels notes that the class distinctions were hardly exclusive to the British military and were certainly not lost on the common man. By 1915, Pauwels argues, a solidarity had emerged between soldiers of opposing armies. Such solidarity could be witnessed in Pauwels’ notion of “live-and-let-live”: the common soldiers’ refusal to follow orders, discarding weapons, and/or “fraternizing” with enemy troops.

In the realm of opportunities, the war offered the elite a chance to “show the proletarians who was boss.” Pauwels believes Europe’s elite used the emergency of war to teach their subordinates to blindly obey them and take orders. In certain instances, high-ranking officers went so far as to make examples of individuals who were targeted as trouble-makers before the outbreak of war – socialists, anarchists, or union leaders (269). Therefore, by 1915 Pauwels believes that two different wars had emerged in Europe. First, a war in which “all uniformed men of the one side were enemies of all uniformed men of the other side” had degenerated into a virtual stalemate. Second, a “horizontal war” emerged in which “officers of each army were the enemies of their own subordinates” (275).

The third part of the book describes the end of the war and its aftermath. The elite did not realize their prewar objectives in 1918. Pauwels argues that in many instances, the outcome actually backfired and the European nobility continued to see its socio-political position deteriorate. The most obvious example is the Bolshevik Revolution and the establishment of Communist rule in Russia.

But throughout Western European countries, the end of the war ushered in a series of social and political reforms that did not benefit the nobility. It was, in fact, the nobility’s partner, the bourgeoisie that had emerged from the war as winners. Their profits from supplying the war materiel had earned them unheard-of riches. In countries like the United States, their socio-political position would be firmly entrenched until the onslaught of the Great Depression.

Pauwels’ work is essential for a more thorough understanding of the coming and execution of World War I. Yet this study has important implications for understanding contemporary conflicts in the backdrop of class conflict. Perhaps the biggest strength of this book comes in the final chapter entitled, “Class Wars from 1945 to the Present.” Pauwels sees the rise of totalitarianism in Germany and Italy as an elite attempt to roll back the democratic reforms that were implemented in the aftermath of the Great War. He describes the Soviet victory over the Nazis in World War II as a “triumph for the revolutionary forces everywhere, and a corresponding defeat for the international counterrevolution.”

This “triumph” had implications that reached beyond the battlefield as Pauwels points out that the post-World War II era witnessed “revolutionary changes” under the direction of the Soviets, which came at the expense of the financial elite, landed aristocracy, and the Church. Further, during the Cold War, Western democracies were forced to compete with the Soviet sphere and consequently had little choice but to implement social services such as free health care and public education. In the U.S., the Soviet victory meant that the federal government was compelled to take up the cause of civil rights for racial and ethnic minorities – something that even liberal Democrats like Franklin Deleno Roosevelt had not dared to do.

Pauwels’ work does not, however, end on a particularly happy note. In his discussion of the fall of Communism throughout Europe, he notes many of the democratic achievements were reversed if not on paper, then certainly in practice. Pauwels proclaims that the fall of communism in Eastern Europe has allowed the nobility to reclaim a large part of the losses they suffered in the aftermaths of the two world wars. Using Poland as an example, Pauwels posits that the re-establishment of the Catholic Church’s political position has resulted in the mixing of church and state, leaving homosexuals, feminists, and other political minorities feeling isolated (563).

Pauwels ends his study with a brief examination of the “War on Terror,” which he describes as a twenty-first century class war. Unlike World War I, the War on Terror does not deal in sovereign countries but rather an abstract concept such as “terror.” Because “terror” cannot surrender, the world is forced to live in a permanent state of war. The profits associated with defending the homeland and counterinsurgency are reaped by massive multinational corporations and the national debts associated with paying for the war materiel is “socialized” by the “plebeians” (568-69).

Worse, for obvious reasons the permanent state of war siphons off funds, which were once earmarked for social programs, thereby allowing world leaders (and corporate lobbyists) to proclaim these programs to be unaffordable and opt instead for “austerity” programs, thus exacerbating financially trying times for middle and working class peoples. Pauwels points to the situation in present day Greece to illuminate this point.

Similar to World War I, the War on Terror is being used to roll back civil rights and liberties in countries such as the U.S. Pauwels likens Woodrow Wilson’s Espionage Act of 1917 to George W. Bush’s Patriot Act of 2001. Both laws greatly enhanced the “monitoring” powers of the federal government and afforded law enforcement opportunities to jail political dissenters, namely those opposed to the war and highly critical of the administration(s).

Pauwels’ study of the Great War will prompt a critical reexamination of the causation of the First World War. It will force historians to recognize the class struggle deeply embedded in the conflict. Even more important, it should inspire further reflection on contemporary global conflicts and their relationship with class, democracy, and the struggle for power.

Review: After The Empire 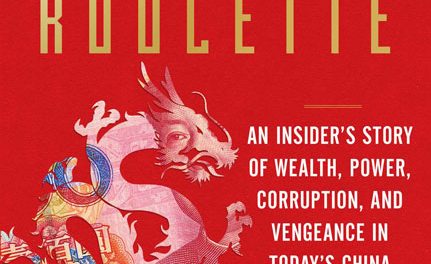