This winter, Canadians face steep cost increases to heat their homes and drive their vehicles, while shareholders in the big energy monopolies rake in windfall profits. As the federal election campaign moved into high gear, Communist Party of Canada leader Miguel Figueroa, a candidate in Toronto’s Davenport riding, called for immediate action to protect working people from the impact of the energy crisis.

In a January 3 statement, Figueroa said that the Communist Party candidates will demand “immediate measures such as a cap on energy prices, especially for home heating; emergency assistance to truckers facing huge increases in operating costs; and a substantial ‘windfall profit tax’ on large oil and gas companies.” The Communists are also calling for the full nationalisation of the oil and energy industries.

The world’s oil giants have reaped huge gains from rising oil prices following the US/UK illegal aggression against Iraq. Exxon Mobil Corp., which owns Imperial Oil in Canada, reported third-quarter 2005 profits totalling $9.92 billion US, shattering its own previous industry record of $8.42 billion US set in the fourth quarter of 2004. Imperial Oil racked up profits of $659 million Cdn during the third quarter of 2005, up from $544 million Cdn a year earlier. Calgary-based Petro Canada, which was sold off to private investors years ago, reported third-quarter 2005 net income of $614 million, up from $410 million in the July-September 2004 period.

“Aljost half of Canadians now support public ownership of the oil and gas industry,” points out Figueroa. “We have advocated this policy for decades as an essential step to save Canadian sovereignty and independence. As oil and gas prices skyrocket, the Athabasca oil sands and other oil and natural gas deposits, and the petroleum industry, have become too valuable and important to be left in the hands of corporate plunderers. Canada’s energy resources are the common wealth of the Canadian people as a whole.”

“Many countries around the world — such as Mexico and Venezuela — have nationalized this crucial energy resource. Bolivia is now moving to do the same, and so should Canada.”

In this election, the CPC is calling for reversal of the privatisation of PetroCanada, prevention of energy sell-outs such as the takeover of Terasen by Texas based Kinder Morgan, and measures to block the privatization of public energy and hydro utilities.
“Canadian resources should be used to build strong and sustainable industries which can be the cornerstone of the economy,” says Figueroa. “Revenues from public ownership of the oil and gas industry could also finance pro-environmental policies such as a massive expansion of public transit systems coupled with lower fares, and greatly increased funding for publicly owned alternative, renewable energy sources, making Canada a world leader in reduction of ozone depleting gases and hydrocarbons.”

To achieve these goals, Figueroa stressed, “Canada must break out of pro-corporate trade deals. The NAFTA agreement, which prevents Canada from reducing oil exports to the United States or from setting lower domestic prices, must be abrogated immediately. At this critical moment, failure to bring energy resources under public ownership could spell the end of any meaningful degree of Canadian sovereignty and independence.”

For further information on the CPC’s policies, contact the party’s main election office at 416-469-2446 or email figueroa@cpc-pcc.ca.
The special election website of the Communist Party is: http://pcc-cpc-2006.communist-party.ca/ 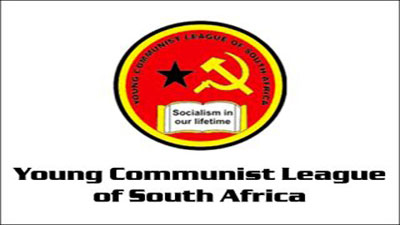