Leaving parents behind, 57,000 children crossed into the United States without papers between October 2013 and June, 2014. They were fleeing deadly violence in Honduras, Guatemala, and El Salvador. Numbers have been up for three years. No arrangements were in place along the U.S. southwest border for quick and certain refuge and children now languish in detention centers. Having faced one humanitarian crisis, they were confronting another.

Restrictive immigration policies applying to Latin Americans dovetail with other U.S. measures harmful to poor people in the region, and elsewhere, among them free trade agreements, U.S. aid to the region’s repressive military and police forces, a green light for multi-national corporations, and alliances with wealthy classes of many countries.

Children are the losers. U.S. assumptions as regards immigration that strategic goals come first relegate children’s needs to an afterthought. That this is so even for would-be Cuban migrants, whose emigration experience has been radically different, bolsters that argument.

Cubans about to migrate can count on U.S. acceptance. No one else in the world enjoys such welcome. The Cuban Adjustment Act (CAA) of 1966 enables all Cubans to gain permanent residence a year after their arrival, and expect citizenship. The legislation’s purpose was propaganda. The U.S. open door encouraged many Cubans to leave as economic migrants, but the official line was that they were refugees from so-called “communist tyranny.”

Cuban children have suffered under the CAA. As with their Central American counterparts, the departure of parents, siblings, uncles, and aunts from Cuba served to break-up families. The separation fostered by these policies was no small matter. Many Cuban migrants died, and children too, when dangerous waters of the Florida Straits swallowed up small boats carrying them.

The U.S. – sponsored “Operation Peter Pan” was especially dismissive of Cuban children. From late 1960 through October, 1962, over 14,000 Cuban children departed the island for Miami, unaccompanied by family members. Some parents were victims to the manufactured fear that Cuba’s revolutionary government was about to take custody of their children.

The U.S. State Department allowed a Catholic priest to sign visa waivers for the children. The Church’s Miami Diocese received and processed the children. And according to a former CIA agent, the “Agency forged a law to make affluent Cubans believe the revolutionary government planned to usurp parental control. [CIA official Maurice] Bishop’s agents in Cuba spread this rumor, backed by a forged simulation of the supposed law, to members of the professional and propertied classes.” (CIA official David Atlee Phillips used the alias “Maurice Bishop.”)

Peter Pan children, removed from the island as part of U.S. efforts to destabilize Cuba’s revolutionary government, did not fare well. Many would never see their parents again. Some lived with family members in the United States, but at least half ended up in group, foster, or adoptive homes, or in orphanages.

The Cuban parents acted under impulses similar to those of parents half a century later in Honduras, Guatemala, and El Salvador who were taking steps to save their children from death at the hands of thugs and security forces. The situations were different, but on both occasions parents were desperate enough to send unaccompanied children to presumed safety in the United States.

The children, pawns in both instances, fell victim to international power politics, and any imperative that children thrive and survive didn’t amount to much. But human parents, in common with those of other species, know their job is to protect their children’s lives. Long ago, little-known defenders of children devised rescue missions, and governments complied.

Just prior to World War II humanitarians arranged for thousands of unaccompanied Central European children, mostly Jewish, to go to London for safety via the “kindertransport;” 1400 others went to the United States. German attacks prompted evacuation of thousands of British children to Commonwealth nations. In 1912, supporters of striking “Bread and Roses” textile workers in Lawrence, Massachusetts arranged for strikers’ children to leave temporarily forNew York City, or Vermont.

The role of parents was less clear in efforts to protect Greek children during that country’s failed communist revolution in the late 1940’s. The communists moved thousands of them to orphanages in Eastern Europe while the royalist Greek government sent others to foster homes and camps inside Greece.

Who then defends children, other than parents? Individuals, NGO’s, and United Nations agencies surely do so, motivated as they are by morality, ideas of legality, or what looks like cruelty. But are their efforts enough, when big operators set the rules? One looks to the day when a broad, internationalized, people-centered movement takes up the cause of children as part of securing all people’s basic needs. Now what’s required is “all hands on deck.”

As a friend of the writer, someone who has lived abroad for 15 years, asks: “How is it possible the majority of the U.S. public can turn their backs on these kids?” 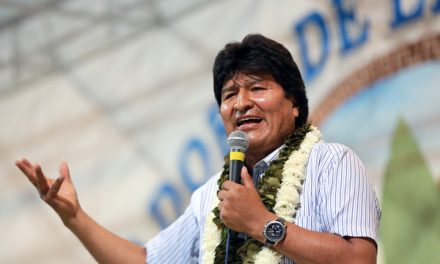