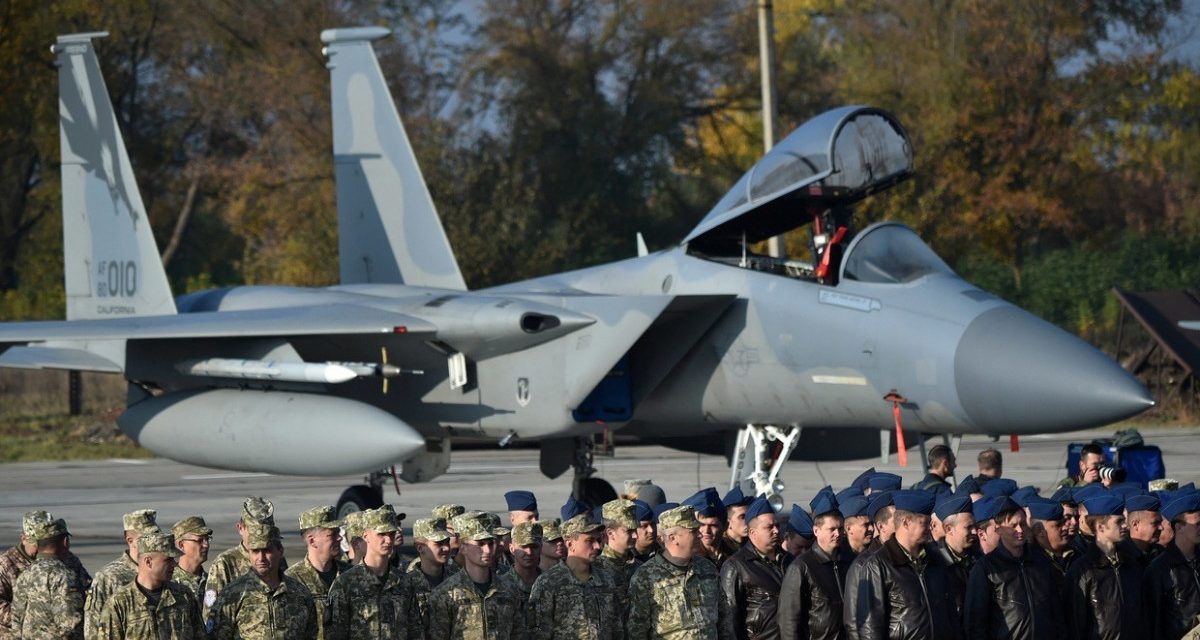 As tensions increase between Moscow and NATO over a buildup of troops near the Donbass, actually initiated by Ukraine, the West’s apparent position is that Russia has no right to self-defense. That’s been the case for decades.

Having grown up in middle America during the waning years of the Cold War, I possessed a not-so-healthy fear of an imminent Soviet invasion or attack. Bob Dylan would capture this type of fear and hysteria in his 1964 song ‘With God on Our Side’, which he ripped off from the Clancy Brothers and Dominic Behan.

Dylan’s updated version of ‘The Patriot Game’ declared: “I’ve learned to hate the Russians, all through my whole life; if another war comes, it’s them we must fight. To hate them and fear them, to run and to hide…” It is quite incredible to me that, nearly 60 years later, with the USSR itself having fallen in the meantime, these words still ring true in the West today.

However, the truth is, as I came to find out later in life, it is the Russians who have had much more to fear from us than we have from them. And it is this understanding and indeed empathy for Russia which motivates me now to wish my country would stop its aggressive moves towards that country before it is too late; before we find ourselves involved in another great war in Europe.

From the point of view of Russia, it is they who have been under constant threat from the West, certainly from the time of the Napoleonic Wars to the present. It is France which invaded Russia in 1812, with the result being the loss of about 200,000 Russian lives. The Russians were able to survive and emerge victorious only by burning down three quarters of Moscow to the ground, leaving the French stranded and unable to supply themselves.

In 1941, Soviet Russia, abandoned by the UK and the US to its own fate, was invaded by Nazi Germany and laid siege to. Ultimately, the Soviets were able to turn Germany back in the great battle of Stalingrad, but the USSR would lose nearly 27 million lives by the end of the war. While 80 to 90 percent of the German casualties were suffered on the Eastern Front at the hands of the Soviets and Communist Partisans, Russia’s incredible sacrifice in WWII has largely been forgotten and even denied in the West, with the US and the UK now taking credit for the Allied victory.

While Ernest Hemingway remarked – quite rightly – that “Every human being who loves freedom owes to the Red Army more than he will be able to pay in a lifetime,” these words, and the sentiment behind them, have been forgotten in a haze of collective amnesia. Incredibly, Russian President Vladimir Putin was not even invited to the commemoration of the liberation of Auschwitz on Holocaust Memorial Day – this despite the fact that it was the a Russian regiment from Gorky (now Nizhny Novgorod) which liberated the captives of the death camp.

The betrayals and indignities Russia has been made to endure are seemingly endless. Thus, while Mikhail Gorbachev was promised by the US that NATO would not “move one inch east” beyond Germany if that country were reunited, this promise was violated almost immediately. By now, NATO has pulled into its orbit six former East Bloc countries (Czech Republic, Slovakia, Poland, Hungary, Bulgaria, and Romania) and three ex-Soviet republics (Estonia, Latvia, and Lithuania).

It must be noted that there is no such Russian or Russian alliance presence on the borders of the United States, Canada, or Western Europe. It is Russia that is being surrounded by the Western military bloc up to its borders, not the other way around – though one could be forgiven for thinking otherwise, from the way such issues are covered by the mainstream Western media.

Meanwhile, NATO has major military exercises it is planning to carry out this year – with the pandemic still raging, of course – again up to Russia’s borders. These war games will involve 28,000 troops. But the West has simply ignored Russia’s offer to lower tensions in Europe by moving its troops deeper within its own territory in return for NATO relenting from stationing troops close to the Russian border.

And now we hear noises that Ukraine, another ex-Soviet Republic, and a quite significant one at that, is on the table to eventually become a member of NATO. This is, quite understandably, seen as a threat by Russia. As is the fact that, as the direct result of the US-backed 2014 Maidan, hyper-nationalist and neo-Nazi forces hold considerable sway in Kiev – in the case of latter, their influence is disproportionate to their direct electoral appeal.

Today, the Ukrainian government, emboldened by the uncritical support it receives from the West, is callingupon NATO and the West to support it against Russia with increasing economic sanctions and heightened military assistance.

Joe Biden has already answered Ukraine’s calls with increased “lethal aid” to Kiev, designed to increase the troubled country’s “interoperability with NATO.” In addition, the White House announced earlier this year that it does not recognize Russia’s claim to Crimea and that it backs Kiev in its bid to return that region to Ukraine. This has been a consistent US policy, under both Barack Obama and Donald Trump.

Meanwhile, the West begrudges Russia for stationing troops on its borders, within its own territory, in order to monitor the increased fighting within Ukraine between Kiev’s forces and two self-declared republics in eastern Ukraine, overwhelmingly populated by ethnic Russians.

It is high time that the West acknowledge Russia’s legitimate security concerns, accept this offer to discuss troop levels and placement, and approach such discussions with respect and humility. The fate of the world may very well be at stake.

This article first appeared at RT 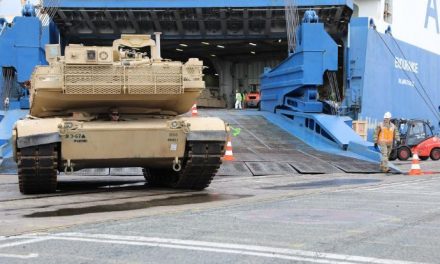