Editors’ note: This article by two prominent health policy experts and long-time single-payer advocates includes a critique of parts of the highly flawed Senate bill S. 1804, sponsored by Senator Bernie Sanders. The full article, with all tables, is at  <<https://www.healthaffairs.org/do/10.1377/hblog20181116.732860/full/>>

The House bill, HR 676, Expanded and Improved Medicare For All, is a model single-payer bill, but S. 1804, the Senate bill, is not.  The only change to House bill, HR 676, that the writers propose is to add a ban on the Hyde amendment being applied to the health care trust fund.
In addition to the issues raised by the writers, the Sanders bill, S. 1804, leaves long-term care to unequal and underfunded state Medicaid programs where patients must become impoverished to gain eligibility.  HR 676 includes long-term care under the national Medicare program.
The current controversy arises because the projected new sponsor of HR 676, Representative Pramila Jayapal, has announced that she is rewriting HR 676 to align it with S. 1804.  Such a move could destroy the only viable single-payer bill in Congress just as the single-payer forces are rallying to press forward.
__________________

By Steffie Woolhandler and David Himmelstein

Physicians for a National Health  Program

Single-payer reform is in the news—and in the U.S. House and Senate. One hundred twenty-three Congresspeople have signed on as co-sponsors of H.R. 676, the single-payer legislation in House of Representatives, and 16 Senators have formally endorsed S.1804, the Senate version. (Disclosure: H.R. 676 was closely modeled on the Physicians for a National Health Program reform proposal published in JAMA, for which we served as lead authors).

While both bills would cover all Americans under a single, tax-funded insurance program, they prescribe different provider payment strategies. The Senate version largely adopts Medicare’s current payment mechanisms; the House bill’s is modeled on Canada’s single-payer program, also called “Medicare,” which pays hospitals global budgets (much as a fire department is paid in the U.S.) and sharply constrains opportunities for investor-owned care.

These differences haven’t attracted much attention from politicians or the press, and few patients are aware of, or deeply concerned about them. That’s not surprising, since both bills address the lay public’s most pressing payment-related concern: they would drastically shrink (S.1804) or completely eliminate (H.R. 676) out-of-pocket payments for needed care.

But these divergent payment strategies would create very different financial incentives for providers, shaping the culture of medicine and the financial viability of a single-payer reform. The Senate version would, like Medicare, pay hospitals and other institutional providers on a per-patient basis, intermixing payments for current operating expenses with funding for future capital investments and profits. As at present, hospitals’ success, and even survival, would depend on generating profits (“surpluses” in non-profit facilities). Hospitals with a favorable bottom line could invest and add new buildings and programs, while unprofitable ones couldn’t modernize or expand, risking a downward spiral toward takeover or closure.

It’s this profit imperative that drives hospitals’ financial gaming, e.g. upcoding, and concentration on the most lucrative services, such as elective cardiac and orthopedic services, rather than money losers like mental health. This payment mechanism (and S.1804 as a whole) also leaves the door open to investor-owned providers.

In contrast, the House bill would abolish per-patient billing by hospitals and other institutions, and its global budget payments would cover only operating costs; hospitals would be prohibited from retaining surpluses, and capital investments would be funded through separate government grants. The bill would also explicitly proscribe payments to investor-owned facilities, and it calls for their conversion to non-profit status financed by issuing bonds.

Implications For The Financial Viability Of Reform
Expanding and improving coverage, as both S.1804 and H.R. 676 would do, is expected to increase care utilization and hence clinical costs. Yet most analysts foresee savings on billing and administration (as well as on prescription drugs prices) that would offset these increases. Both bills would replace the current welter of private plans—with average overhead of about 12 percent of premiums—with a single public insurer whose overhead would likely be similar to the traditional Medicare program’s 2 percent, or the 1.6 percent in Canadian Medicare (National Health Expenditure Trends, 1975 to 2017: Data Tables — Series A).

Medicare’s payment approach requires hospitals to bill for and justify each hospitalization, a requirement that persists in value-based payment schemes like ACOs and would continue under S.1804. Hence, hospitals would have to maintain much of their current wasteful billing, documentation, and internal cost-tracking systems. Retaining the profit imperative would also continue to reward hospitals for financial gaming and tailoring services to profitability, driving up both administrative costs and wasteful spending on low-value care.
Instead of bundled payment arrangements tied to individual patients, the House version would substitute an institution-wide bundled payment, i.e., a global budget covering all operating costs. As noted above, that approach has streamlined hospital administration in other nations, which have been more effective than the United States at restraining overall costs. In contrast, ACOs have increased providers’ administrative costs by about $200 per patient annually, and have generated trivial or no savings after accounting for Medicare’s “shared savings” bonus payments. Similarly, Medicare’s (and other payers’) pay-for-performance initiatives impose substantial administrative costs on providers, with no evidence that they’ve improved patients’ outcomes in any setting.
In sum, the financial viability of a single-payer reform turns on cutting administrative costs and minimizing incentives for financial gaming. Maintaining Medicare’s current payment strategies, as under S.1804, would be substantially costlier than adopting the non-profit global-budgeting strategy used in several other nations.
Implications For Medical Culture
Differences in payment strategies also have implications for the work lives of doctors and other clinical personnel. Medicare’s turn to ACOs effectively forces providers to become insurers who bear the risk of their patients’ medical expenses, even those incurred in other venues. This strategy virtually banished small independent providers, triggering a wave of mergers and acquisitions. Community hospitals have been gobbled up, and a rapidly growing share of doctors have become employees.
The profit imperative imposed on hospitals and physician practices by Medicare’s payment incentives filters down to doctors. It manifests as morale-sapping productivity pressures; redundant documentation requirements; time wasted on mandatory upcoding classes; and the sense that clinical priorities have become subservient to financial ones. The length of doctors’ notes in EPIC’s electronic health record—larded with clinically useless templated and copied material, and four times as long in the U.S. as in other nations—gives one indication of how payment rules translate into burnout.
The Senate’s version risks maintaining these ACO-driven incentives, and even risks the reemergence of private insurance under the guise of vertically integrated, risk-bearing corporate ACOs.
The Future Of Investor-Owned Care
The House single-payer bill envisions a buyout of the investor-owned facilities needed to provide care under the single-payer system, while the Senate version would leave them in current hands.
Proponents of the House approach acknowledge that many non-profit health care organizations have drifted far from their charitable roots. However, they cite evidence that for-profit providers (including hospitals, dialysis centers, nursing homes, home care agencies, and hospices) provide inferior care at inflated prices (see, for instance here, here, here, here and here) and are more likely to bend care to profitability (see here, here, here and here). For-profit hospitals spend less on nurses and other clinical aspects of care, but more on administration and financial management; for-profit chains have often been cited for questionable business practices and have been repeatedly implicated in large scale fraud (see here, here, here and here).
According to CMS, for-profit nursing homes are cited for quality deficiencies 28 percent more often than non-profits, and for deficiencies that place residents in immediate jeopardy 53 percent more frequently. Investor-owned home care agencies cost Medicare $752 more per patient than non-profit agencies, while providing worse care.
Yet even some who would prefer to exclude investor-owned facilities from a single-payer system worry about the cost of a buyout. In conversations with Congressional aides, some have suggested that these costs could amount to $1 trillion or more, although none could cite a source for that figure. While it’s not clear exactly how to value the assets of investor-owned medical facilities, estimates of their current capital assets and of their stock market valuations provide some guidance.
In the detailed cost reports filed with Medicare covering fiscal year 2016 (the most recent year for which virtually all reports are available), all for-profit hospitals taken together reported total capital assets of $97.845 billion at the start of the year, and additional purchases totaling $7.453 billion (Himmelstein & Woolhandler, unpublished analysis of hospital cost reports). So the total capital stock of all for-profit hospitals – including not just acute care hospitals, but most other inpatient facilities besides stand-alone nursing homes – totaled $105.298 billion. (The comparable figure for non-profits is $718.628 billion).
Since most investor-owned providers also carry debt, it’s not surprising that the capital asset figures are considerably higher than the stock market value of the firms that own the facilities. As indicated in Exhibit 1, the market valuation of the five publicly-traded firms that account for the vast majority of for-profit hospitals totals $50.071 billion. While data on the market value of the (smaller) privately held for-profit hospital chains is not available, the value of the larger chains, and past sale prices for three of the privately-held firms, suggests that they’d add only several billion to the total.

Similarly, as Exhibit 1 shows, the total value of shares in publicly traded nursing home firms, rehab, dialysis, and home care and hospice providers is relatively modest: less than $50 billion. And these valuations (which fluctuate from day-to-day) include aspects of the businesses that would not be included in a buyout, e.g. the value of real estate devoted to senior living communities, or the roughly 15 percent of DaVita’s business that’s unrelated to dialysis and the 20 percent of Fresenius’ revenues attributable to sales of products such as dialysis supplies.

Overall, the fair market value of investor-owned facilities covered by a buyout, whether assessed by capital stock or stock prices, seems unlikely to exceed $150 billion. Purchasing these assets using Treasury Bill financing over 15 years at the current interest rate of 3 percent would cost about $12.75 billion annually, equivalent to about 1 percent of annual hospital costs. Moreover, even in the short term, some or all of these costs would be offset by savings on profits, which totaled more than $6 billion in 2017 for just three of these firms (HCA, DaVita and Fresenius).

Bottom line: A buyout of investor-owned facilities is affordable. Indeed, it might well lower costs.

Looking Forward
In the short run, the divergence between the House and Senate versions of single-payer reform is of little consequence. No bill will be enacted under the current administration. Yet with support for single payer blossoming among Democratic leaders and the public, the prospect of legislative action is increasing, and with it the push for convergence. Indeed, Pramila Jayapal, the leader of the House Single-Payer Caucus, has indicated her intent to move the two bills closer together.

In aligning the bills, House members should, in our view, adopt some aspects of the Senate’s bill, notably its repeal of the Hyde Amendment that forbids using federal funds for abortion, as well as its greater specificity. But Senators should adopt the House bill’s payment strategies and commitment to non-profit ownership of health care providers. 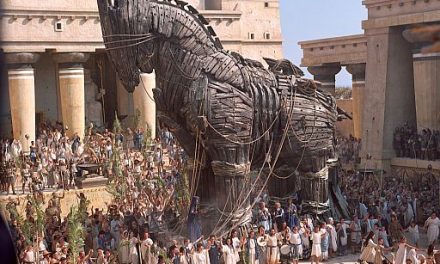