Regrettably, there is much to write about that must take a backseat to the economy and the current panic in equity markets. For the moment, the political fiascos, imperialist misadventures and cultural crudities that cry out for commentary are driven into the background by the fears generated by the latest economic news.

The loss of over 10% of equity value in one week terrorized business and economic pundits while driving investors to the exits. Making matters worse, there is an overriding, profound sense that no one in the seats of power knows what is wrong or how to fix it.

Of course some of us foresaw another round of decline coming, what the media has misleadingly dubbed the "double-dip".

I posted on May 4, three months ago: "Rather than a recovery, we are in Act II of a severe crisis of capitalism. It is not merely a financial crisis, a severe business cycle trough or a radical imbalance, but a profound crisis of the capitalist system." (The Crisis of Capitalism: Act II). Citing trends in GDP, labor productivity, unemployment, consumer spending, trade and even profits, I drew the conclusion that the road ahead was not only bumpy, but deeply rutted and perhaps impassable.

In another post in late June (Reliving 1937?), I emphasized the folly of debt hysteria and wholesale government budget slicing as a prescription for a seriously ill economy. A near consensus of economists and policy makers were blithely urging the same policies that nearly wrecked the vulnerable New Deal recovery in 1937. History was indeed repeating itself, first as a misstep in 1937, now as dogma-driven insanity.

Among liberal economists, Paul Krugman has commendably repeated warnings of this disaster in the pages of The New York Times.

And on the left, political economist Jack Rasmus has, for many months, boldly projected an impending relapse of 2008, citing a raft of economic data supportive of this conclusion (see jackrasmus.com).

But most economists and mass media commentators were swept up in the debt fraud and the high drama leading to the last minute capitulation to debt extortion.

After the curtain fell, ridiculousness reached new heights as Standard and Poor’s Â one of the feared financial rating agencies (the same cabal that assigned the highest ratings to toxic, Rube Goldberg financial junk)Âlowered the US credit rating by one notch. To underline the irrelevancy of this rating, the yield of US Treasury notes immediately dropped. Instead of fleeing US debt, investors stepped up to pay more and buy more. In fact, since late July, as the phony debt standoff grew in intensity, the yield on two and ten year Treasury bonds fell at an unprecedented rate, indicating not only willingness, but eagerness on the part of investors to secure US debt. In addition, the stern warnings about the consequences of debt on interest rates were proven unwarranted, with mortgage rates at an historic low. Still the humbuggery reigned.

This is a strange debt "crisis" indeed that attracts investors to secure more US debt. The same pundits who cite rising interest rates on EU member state bonds as evidence of a debt crisis conveniently overlook the reverse behavior of US bonds. The blatantly contradictory claims of economists and public commentators demonstrate that the "crisis" is really a contrived political maneuver.

No one notes that the credit rating of the Peoples’ Republic of China is two notches below the lowered rating of the US. It is no wonder that PRC officials howled at the US debt drama after they were able to weather the 2008 financial crisis despite a credit rating of only AA-. Standard and Poor’s ratings mean little to a country unchained from the tyranny of bond markets. Thanks to the PRC’s publicly owned banks and its large measure of economic planning, PRC leaders are able to withstand capitalist irrationality better than their Western counterparts.

Capping the confusion and deception of the first week of August was President Obama’s emergency statement during the stock market collapse on August 8. Adding to the madness, he spoke of "a renewed sense of urgency" in drastically reducing US debt, as though throwing gasoline on a fire would somehow extinguish it. I’ll leave it to psychotherapists to determine if the President really believes this nonsense.

1. We are indeed falling off the economic precipice. While stock market performance is only a secondary indicator of economic health, it does signal the sentiment in ruling circles and among the wealthy. That sentiment is decidedly confused and fearful. Volatility, as in 2007-2008, signals an imminent retreat from investing. The players who remain active are hedge funds and private equity firms who gain even when the rest of us are drowning economically. We lost the chance to tame these renegades in 2009 and 2010 with financial reform, but left them free to prey on our economy. And they are.

2. Profit and its tendency to decline are still at the center of the global economic crisis. While profits have grown enormously over the last two years, they have shown slowing growth for some time. Moreover, the widely noted $2 trillion in cash reserves held by US corporations represent the same glut of liquidity, or vast pool of capital seeking a return, that led to the last crisis of financial speculation. In a Marxist technical sense, these reserves count as potential constant capital and weigh against the profit rate of capitalist enterprises. The lack of investment opportunity for accumulated capital explains why the stock market and economic growth are in such dire straits despite officially high profits. Capitalism only thrives when every possible cent of accumulated surplus is placed back into the profit-generating caldron.

3. Increased labor exploitation Â the principle force propelling the proclaimed recovery Â has petered out. Labor productivity, won by employing fewer workers to do more work, dropped .6% in the first quarter and another .3% in the second quarter of 2011, calculated on an annual basis. I noted the decline in productivity growth in my May 4 article, but new BLS figures actually show an absolute decline. While capitalists will continue to try to squeeze workers, BLS data prove that hyper-exploitation is showing diminishing returns.

4. Act II of the capitalist crisis is still centered on the financial sector. Despite the absorption of weaker financial institutions by those left standing after the 2008 crisis, despite the concentration of finance capital, banks are in a precarious position, holding shaky loans and dubious assets. Again, the opportunity was lost in 2009-2010 to secure a rational, economically useful role for banks. Instead, they were allowed to resume their rogue, speculative ways, further exacerbating the crisis.

5. Unemployment Â the idling of workers seeking to keep their families from despair Â continues to loom over the economy. As I urged in my May 4 posting, the "official" rate, as bad as it is, is a false, misleading indicator of the plight of the workforce. Instead, we must measure the pain of job loss and employment frustration by the employment-to-population ratios and the labor participation rates which better show the tragic fate of the US workforce. Jack Rasmus, in a recent post, has given an even more forceful, complete explanation of the true dimensions of unemployment (http://jackrasmus.com/2011/08/07/look-again-july-jobs-declined-by-198000/), an explanation that erases the false hopes encouraged by the media.

6. The trade balance widened in June to the detriment of US exports, a trend that further dilutes GDP growth potential.

All signs point to a perfect conjunction of stubbornly irrational policy decisions and lost economic momentum leading to the second, more intractable act of this twenty-first century economic crisis.

Debt, Greece, and the Fightback 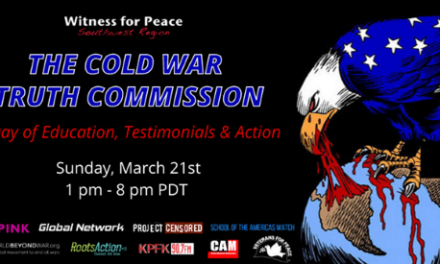