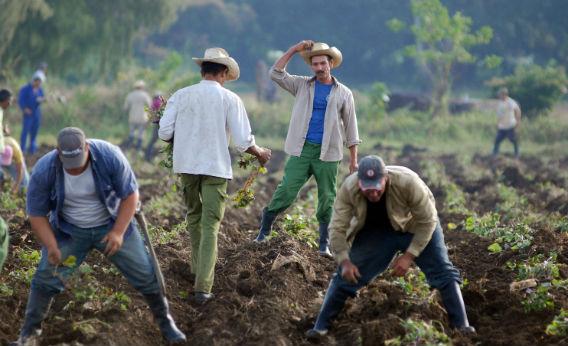 Cuba’s Council on Ministers on April 25 approved “Life Task (“Tarea Vida”): the State’s Plan for Confronting Climate Change.” Life task will be submitted to Cuba’s National Assembly for approval. Implementation will be the responsibility of the Ministry of Science, Technology, and Environment (CITMA). The ministry’s head, Elba Rosa Pérez, indicated the Plan will require “progressive investments executed over short (the year 2020), medium (2030), long (2050), and very long (2100) terms.”

The unveiling of Life Task comes as the latest manifestation of Cuba’s sustained endeavor to contain the impact of climate change. Over the course of many years the Cuban government has dedicated resources and talent to the project. Policy makers have relied on facts, data, and ongoing research. The process has been orderly and thorough, and yet accepting of modifications to fit new realities. Crucially, the nation has responded to climate change on behalf of all Cubans.

Climate change, of course, affects the United States, in particular Virginia’s Tangier Island, now being engulfed by Chesapeake Bay waters. “[A]t some point it will be too late to save Tangier,” announced Virginia official John Bull on June 2. That was one day after President Donald Trump indicated the United States would be withdrawing from the non-binding Paris Climate Change agreement of 2015.

Cuba’s approach is different. In June 1992, Cuban President Fidel Castro was in Rio de Janeiro attending the United Nations Conference on Environment and Development – the “Rio Earth Summit.” There, nations of the world arranged for future UN – sponsored meetings at which scientific findings of the Intergovernmental Panel on Climate Change would be reviewed. Those recurring meetings, each a so-called “Conference of the Parties,” have led to agreements for reducing carbon emissions, such as the Paris agreement of 2015.

Castro could well have stayed home in 1992; Cubans were facing catastrophe, both humanitarian and economic, following the Soviet collapse. He was in Brazil because revolutionary Cuba speaks for solidarity with all people. In remarks to the delegates, he gave voice to Jose Marti who said: “the homeland is humanity.” Castro warned of danger to humankind “due to the accelerated and progressive destruction of its natural living conditions.”

Afterwards, the government he led took steps on behalf of its own people. It created the Institute of Meteorology, the Institute of Hydraulic Resources, and networks of environmental agencies. It produced maps: a “Climate Atlas,” a national atlas, and soil and geological maps. In 1993 it created “The National Program for the Environment and Development.” The Ministry of Science, Technology, and Environment took shape in 1994. In 1997, Law 81 defined the structure and functioning of centers specializing in environmental work.

Cuba’s Academy of Sciences initiated studies in 1991. The Institute of Meteorology issued two major reports in 1998 and in 2000. After Hurricanes Charley and Ivan in 2004, research efforts intensified. Collective scientific work culminated in a summarizing report released by the Institute of Meteorology in 2014 after three years of work. Titled “Impacts of Climate Change and Measures for Adaptation in Cuba,” the 430-page document contained articles by dozens of authors from 26 Cuban research institutes.

The report surveys climate – change manifestations in Cuba, presents likely climate scenarios “for 2050 and 2100,” evaluates potential effects on various socio-economic sectors, identifies knowledge gaps, and establishes priorities in protecting natural resources. It calls upon the government to develop new capacities and to apply remedial and protective measures in an integrated fashion.

Findings of the report found their way into Cuba’s contribution to the “Second National Communication to the United Nations Framework Convention on Climate Change.” Commenting on the report, Myrta Kaulard, a United Nations representative assigned to Cuba, observed that, “The team of Cuban experts was capable of achieving equilibrium between the scientific rigor imposed by an investigation of such magnitude and the necessity to explain the anticipated impacts in clear language.”

CITMA head Elba Rosa Pérez on April 25 explained that the “Life Task” endeavor was the fruit of research, experimentation, agricultural innovations, and previous experience with protecting natural systems. She identified three priorities: “preserving lives in the most vulnerable areas,” food security, and tourism.

The plan calls for “strategic actions,” among them: a ban on new home construction in vulnerable coastal areas, adaptation of infrastructure to coastal flooding, adjustment of land use to drought and salt water contamination, and new farming methods.

All in all, Cuba’s preparations for meeting threats on the way from climate change have been persistent and comprehensive; planners relied on ample human resources and full government support.

In the United States, the Obama administration did issue executive orders in 2013 relating to carbon pollution, adverse climate – change effects, and U. S. international leadership. The Trump administration brushed them away. Despite popular mobilizations and despite former Vice President Al Gore’s educational efforts – after he left office – the U. S. approach to climate has no overarching strategy or plan, and includes no significant legislation. Discussion in the United States centers on placating special interests.

Fidel Castro’s remarks in 1992 in Brazil foreshadowed the tension that would come later between two opposed ways of dealing with climate change. People in wealthy nations, he said, enjoy “lifestyles and consumer habits that ruin the environment; … consumer societies are chiefly responsible for this appalling environmental destruction.”

Castro was referring to the flow of wealth from poor to rich nations. He suggested implicitly that that acquisitiveness and production hikes go together in those societies. Industrialized nations, he emphasized, “have saturated the atmosphere with gases, altering climatic conditions with the catastrophic effects we are already beginning to suffer.” Today we realize that production expands in tandem with unlimited energy sources, until now fossil fuels. So carbon emissions increase, and global warming accentuates.

“Make human life more rational,” Castro insisted. “Adopt a just international economic order. Use science to achieve sustainable development without pollution. Pay the ecological debt. Eradicate hunger and not humanity.” He was saying, in effect, that privilege in the industrialized countries depends on subjugation of the world’s majority population to poverty and suffering.

The entire line of reasoning, from Castro in 1992 to what we know now, reveals the imperialist and exploitative underpinnings of the prevailing approach to climate change. The link between climate change and capitalist modes of living and producing is also readily apparent.

Socialist Cuba has long resisted big–power pretentions and long defended working people against capitalist exploitation. In responding to climate change, aggravated by capitalism, Cuba had the right tools at hand, those well–used ones that are essential for moving toward a socialist society. Cuba elaborated a plan, and did so collectively. Planners looked at realities, subjecting them to scientific study. Plans for which a socialist state is responsible serve the good of all. They don’t allow for accumulation or profiteering.

These tools are not complicated. In addition, peoples imbued with socialist values perhaps, on that account, are respectful of nature. They may be uniquely qualified to defend against climate change. Karl Marx seems to be saying as much in his German Ideology: “The restricted attitude of men to nature determines their restricted relation to one another, and their restricted attitude to one another determines men’s restricted relation to nature.”

An important biological species — humankind — is at risk of disappearing due to the rapid and progressive elimination of its natural habitat. We are becoming aware of this problem when it is almost too late to prevent it. It must be said that consumer societies are chiefly responsible for this appalling environmental destruction.

They were spawned by the former colonial metropolis. They are the offspring of imperial policies which, in turn, brought forth the backwardness and poverty that have become the scourge for the great majority of humankind.

With only 20% of the world’s population, they consume two-thirds of all metals and three-fourths of the energy produced worldwide. They have poisoned the seas and the rivers. They have polluted the air. They have weakened and perforated the ozone layer. They have saturated the atmosphere with gases, altering climatic conditions with the catastrophic effects we are already beginning to suffer.

The forests are disappearing. The deserts are expanding. Billions of tons of fertile soil are washed every year into the sea. Numerous species are becoming extinct. Population pressures and poverty lead to desperate efforts to survive, even at the expense of nature. Third World countries, yesterday’s colonies and today nations exploited and plundered by an unjust international economic order, cannot be blamed for all this.

The solution cannot be to prevent the development of those who need it the most. Because today, everything that contributes to underdevelopment and poverty is a flagrant rape of the environment.

As a result, tens of millions of men, women and children die every year in the Third World, more than in each of the two world wars.

Unequal trade, protectionism and the foreign debt assault the ecological balance and promote the destruction of the environment. If we want to save humanity from this self-destruction, wealth and available technologies must be distributed better throughout the planet. Less luxury and less waste in a few countries would mean less poverty and hunger in much of the world.

Now that the supposed threat of communism has disappeared and there is no more pretext to wage cold wars or continue the arms race and military spending, what then is preventing these resources from going immediately to promote Third World development and fight the ecological destruction threatening the planet?

Enough of selfishness. Enough of schemes of domination. Enough of insensitivity, irresponsibility and deceit. Tomorrow will be too late to do what we should have done a long time ago.

Cuban Prisoners, Here and There 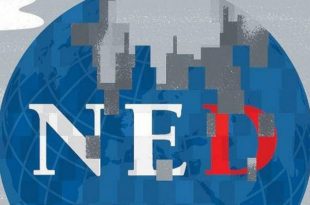 A Cuban Five Family Reflects on the Death of Fidel [Eng.; Esp.]