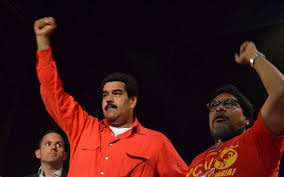 To:   The leadership and membership of the Communist Party of Venezuela

We are saddened and angered by the terrible news that your comrade and a member of your party’s Central Committee, Luis Fajardo, and another compañero, Javier Aldana, were brutally assassinated yesterday, October 31.

We have no doubt that these cowardly murders were carried out because of the effective work these two comrades were carrying out in bring justice to the small farmers of the Sur del Lago de Maracaibo region of your country.   They challenged the power of big landowners and corrupt politicians in that area and, as you have indicated, had been the targets of many death threats.

The Communist Party U.S.A. joins the call for firm action by the Venezuelan authorities in response to this crime and others like it, and for a positive response to the demands of the poor farmers for whose rights comrades Fajardo and Aldana were fighting.

Furthermore, we note the context in which these assassinations take place, namely the efforts by imperialism, and especially the Trump administration in our own country, work through their allies in Venezuela to effect “regime change” and impose on the Venezuelan people the same kind of extremist reactionary regime that we see taking power in other Latin American countries, as for instance in the recent elections in Brazil.

Workers and their allies in all of the Americas and beyond are in this fight together. Your struggle is our struggle, and we pledge you our full support.

We extend our sympathy, also, to the families and friends of comrades Fajardo and Aldana..

Joint Statement of Communist and Workers Parties of the EU Countries