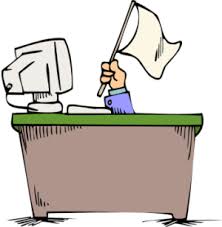 It comes as no surprise that The Nation magazine endorses Hillary Clinton for President (10-24-16). As the leading left-liberal publication, The Nation huffs and puffs high-minded principles before surrendering to the Democratic Party establishment. Nonetheless, it’s always interesting to see how they arrive at their submission.

Of course, it’s all about Trump. He’s not on our side. As a statement of the obvious, that conviction is unmatched. But is Clinton on our side?

The Nation’s editors assemble a tortured list of Clinton positives and Trump negatives that stretch the truth, shrug off uncomfortable facts, and hail irrelevancies. She exhibits “grace under pressure,” they tell us. She has been a “forceful advocate of health-care reform” since 1992. And for wild-eyed fantasy: She “is running on the most progressive platform in the modern history of the Democratic Party.” Trump’s charge that the elections are “rigged,” on the other hand, is “an assault on the very basis of democratic governance itself.” So the elections are not rigged in favor of the rich, white, and powerful?

With amazing audacity, the editors simply dismiss Clinton’s obscene bond with corporations and foreign tyrants, a bond that is sealed with tens of millions of dollars of barely-concealed quid pro quos. They assert that “progressives will have to continue to push her” away from these rich and powerful benefactors.As for her super-hawk foreign policy, The Nation concedes that Clinton is wrong on everything from Palestine to Russia and Syria. Though she is seemingly “intent on deepening a New Cold War,” we are invited to “break her hawkish habits,” as though her role in killing tens of thousands is akin to curbing a smoking habit or losing weight.

Presidential candidate Jill Stein is the fly in The Nation’s ointment. She is all the progressive things that Ms. Clinton is not. She stands against the corporate, war-mongering tide and not with it. Here, The Nation engages in a remarkably clumsy dance around the Stein option, laying alleged failings of the Green Party at her feet: “…her cause has not been helped by the Green Party’s reluctance, or inability, to seek, share, and build power, with all the messy compromise this often entails. Instead of the patient– and Sisyphean– task of building an authentic grassroots alternative, the Greens offer a top-down vehicle for protest.”

But isn’t building an “authentic grassroots alternative” exactly what the Stein candidacy is all about? Isn’t Stein reaching out to The Nation readers, Sisyphus, or anyone else interested in changing the bankrupt political scene in order to build precisely the power that the editors claim to want to see? The apparent truth is that The Nation would like Jill Stein to go away and take her principled positions with her, clearing the way for a heavy dose of lesser-of-two-evil scare tactics.

The most-tenured Nation columnist, Katha Pollitt, bats clean-up on the magazine’s Hillary team. She relishes the opportunity, entitling her column The Case for Hillary. In offering her brief, she gives a list of 12 reasons, beginning with reproductive rights: “I’m putting this first because they’re crucial to everything you care about…” [my italics].

Everything we care about? As important as reproductive rights are, does Pollitt really believe that reproductive rights trump all concerns? Did she consider African American mothers whose sons have been murdered by police? Did she even weigh the daily slaughter of hundreds if not thousands throughout the world at the hands of US weapons or the weapons of its surrogates? Does poverty, lack of health care, and inferior education count in her reproductive-rights calculus?

Pollitt, like far too many upper-middle class white liberals, is blind to class and race. Those from other classes or races are not part of “us,” and the concerns of the “other,” though real, are not significant barriers to the “simple human happiness” that she argues flows from reproductive rights. Like the Evangelicals standing on the other side of the abortion barricades, she is incapable of imagining anything more important to others than that battle. She, like the right-wing fanatics, trivializes all other wrongs.

Against the Big Lie Pollitt’s defense of Ms. Clinton reaches disturbing dimensions when she raises oft-repeated lies about Communist sectarianism leading to the empowerment of Hitler. She references a supposed moment when “…German communists scorned the weak-tea socialists in the 1932 election with the slogan ‘After Hitler, us.’” Like other similar red-baiting slanders that circulate on the left in every election cycle, this one bears little or no relation to the truth. Defenders of lesser-of-two-evilism assert that the German Communists stood in the way of working class anti-fascist unity, that they welcomed Hitler’s rise, that they spurned joint action. These charges are meant to apply supposed lessons from history to the politics of our time, suggesting that independent militancy and principles stand in the way of unity against the specter of extremism. If disaffected voters would throw their votes at the feet of the slightly-lesser-evil, like the German Communists should have done, we could avoid the specter of a greater evil.

While there are many for-hire historians who will affirm these claims, they are based on fiction.

The “1932 election” that Pollitt cites was, in fact, five critical elections: a first-round presidential election in March, the second and final round, the important Prussian Landtag election in April, a Reichstag election in July, and another– the last relatively legitimate Reichstag election– in November.One surely unimpeachable perspective on these elections was that of journalist Carl von Ossietzky. Ossietzky was a prominent and respected left-wing commentator associated with the left wing of social democracy and often critical of the Communists (KPD). From a family of fallen aristocrats, Ossietzky’s anti-fascist credentials and integrity were impeccable– he received the Nobel Prize in 1935 and died in a Gestapo prison hospital in 1938.

In his newspaper columns in Die Weltbühne, Ossietzky tells a story far removed from the fantastic anti-Communist narrative. In the lead-up to the first round of the Presidential elections, the Social Democratic Party, despite being Germany’s largest party at the time, chose not to run a candidate against both the reactionary incumbent President, von Hindenburg, and Adolf Hitler. It argued that the party’s stance was not pro-Hindenburg, but anti-fascist, a splitting of hairs that did not impress Ossietzky: “It is not that fascism is winning, but that the others are adapting it… A passing insult tossed by the demagogues of the Berlin Sports Palast jerks ten Socialist deputies from their seats, and forces them to prove themselves as fatherland-lovers… the initiative lies with the right.” Ossietzky writes: “Readers continually ask me for whom one should vote on March 13th. Is there really nothing better, they ask, than pursuing this fateful and discouraging policy of the ‘lesser evil’?”

He goes on:
As a non-party man of the left I would have been happy to vote for an acceptable Social Democrat… Since there is no Social Democratic candidate then I will have to vote for the Communist… It must be emphasized that a vote for Thälmann means neither a vote of confidence for the Communist Party, nor major expectations. To make left-wing politics it is necessary to concentrate strength where a man of the left stands in the battle. Thälmann is the only one; all the others are various shades of reaction. That makes the choice easier.

The Social Democrats say: “Hindenburg means struggle against fascism.” From which source do the gentlemen draw this knowledge?

It is nonsense to describe Thälmann’s candidature as simply a gain of numbers. Thälmann will probably receive a surprisingly high number of votes… The better that Thälmann does, the clearer it will be what a success could have been won with a united socialist candidate…Within a week of his election, Hindenburg — designated the “anti-fascist” candidate by the Social Democrats — called for the banning of all left-wing party-affiliated mass organizations.

Before nine months passed, the Reich President had appointed Adolf Hitler Chancellor and handed rule to the Nazis. Ossietzky knew at that time what a colossal mistake it was for the Social Democrats to refuse to run a candidate, to support Hindenburg, and to refuse to support Thälmann: “Invisible hands are at work in the web and woof of official policy, trying to bring Hitler, thrown out through the front door, in again up the back stairs.”In January of 1933, immediately after von Schleicher was deposed as Chancellor and prior to Hindenburg appointing Hitler, the German Communists suggested a united general strike; the Social Democrats rejected the offer to collaborate.

Ossietzky urged unity between Communists and Social Democrats as early as April of 1932. After the Nazis made major gains in the important Prussian Landtag election, Ossietzky saw only two effective responses: either the Social Democrats invite the KPD into the existing Prussian government (something that they had refused to do) or the two parties form a united front. The KPD had already raised the second option one day after the election. The Central Committee called for “mass meetings of the workers in every factory and every mine… in all trade unions…[to] compile a list of joint demands, elect action committees and strike committees composed of Communist, Social Democratic, Christian, and non-party workers…”

Despite the negative portrait painted of KPD tactics by liberal commentators, the German people showed their growing confidence in the KPD in the two Reichstag elections. Of the three major parties, only the KPD made gains in both elections, adding nearly 30% to its deputies while the SPD lost nearly 16%. Clearly, the KPD’s militant anti-fascism was growing in popularity with the working class.

It is probably too much to hope that liberals will retire the red-baiting canard of Communism ushering in fascism, any more than there is hope that partisan Democrats will cease blaming Ralph Nader for their pathetic surrender to the right in the 2000 election.Clearly, the lesser-of-two-evils approach will not go away anytime soon, though it has failed to halt the many decades of the rightward drift of the political center. Could it be that those who own the two parties are sponsoring this persistent shift to the right in order to gauge just how long liberals, labor, and the left will tolerate it without making a break with the Democratic Party establishment?

One would do well to put aside Cold War textbooks and liberal smugness and take a long look at the dynamics of oppositional politics in the Weimar era leading up to Hitler’s ascension to power. There are lessons from that period beyond desperately collaborating with bourgeois and reactionary parties. The severe economic crisis of that time was only answered by a demagogic and extreme nationalist movement and by the militantly anti-capitalist, revolutionary movement. The Social Democratic Party chose a different path: it sought to manage capitalism along with its bourgeois parliamentary counterparts. They failed. Disaster ensued.