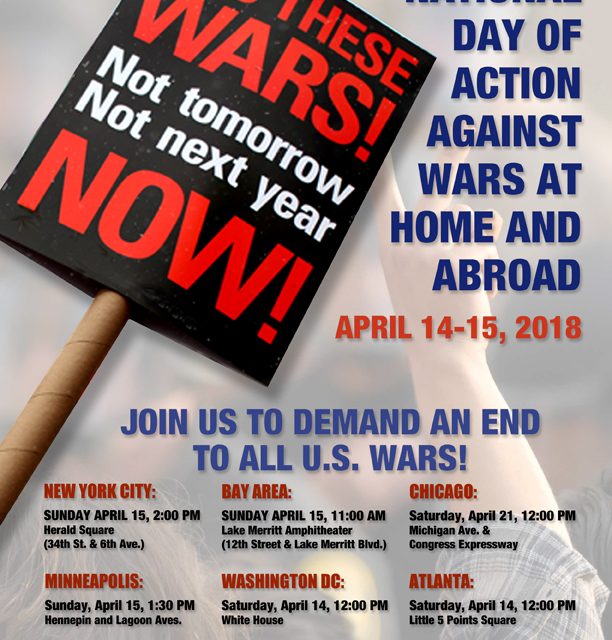 Two of the most extreme militarists just joined the Trump Administration — Mike Pompeo as Secretary of State and John Bolton as Trump’s national security advisor.  These right-wing hawks are the most strident forces calling for war with Iran and North Korea. Gina Haspel, a CIA agent who ran torture sites for George W. Bush, will now head the CIA.

These ominous appointments underscore the importance of SpringAction2018 to challenge the escalating wars at home and abroad.

In communities across the U.S. anti-war activists will be protesting on April 14 and 15 to demand:
·     An end to all U.S. wars, bombing, and drone attacks, and other forms of aggression including weapons sales and economic sanctions;
·     Closing all U.S. bases on foreign soil;
·     Bringing all U.S. troops home;
·     Dismantling all nuclear weapons.
·     Redirecting the massive military budget to fund human needs and protect the environment.
Find the latest detailed information about these actions, and if no action is currently planned in your community, begin planning one today!
Also if you are on Facebook join the Facebook event at:
https://www.facebook.com/events/294045537838389/
Please also share the event with your Facebook friends.
For the New York City Rally at Herald Square, buses have been reserved from Connecticut and Albany.
Regional actions will occur in the San Francisco Bay Area, Chicago, Minneapolis, New York, Washington DC and Atlanta and dozens of local actions will take place in cities that are not close to these regional centers.
Our actions occur as young people across the country have mobilized by the millions to try and find a way past the gun violence in their schools and communities.  The racist police shooting of Stephon Clark in Sacramento, California confirms that these continuing acts of violence cannot be divorced from the wars and the militarization of our country as a whole.
An independent antiwar and social justice movement is desperately needed to help this new generation draw these connections. 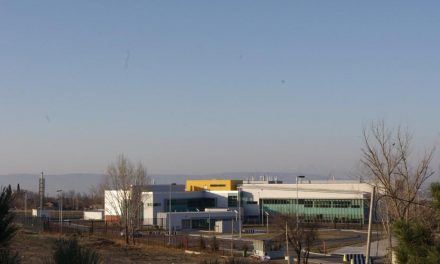 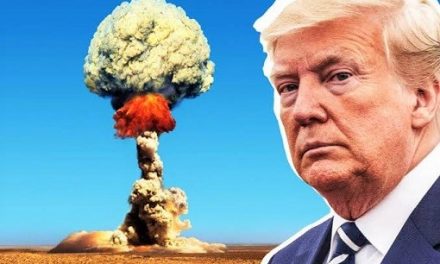