Hundreds of men who took up arms against President Bashar al-Assad are defecting back to the government side, The Telegraph has learnt.

Disillusioned by the Islamist twist that the "revolution" in Syria has taken, exhausted after more than two years of conflict and feeling that they are losing, growing numbers of rebels are signing up to a negotiated amnesty offered by the Assad regime.

At the same time, the families of retreating fighters have begun quietly moving back to government-controlled territory, seen as a safer place to live as the regime continues its intense military push against rebel-held areas.

The move is a sign of the growing confidence of the regime, which has established a so-called "ministry of reconciliation" with the task of easing the way for former opponents to return to the government side.

Ali Haider, the minister in charge, said: "Our message is, ‘if you really want to defend the Syrian people, put down your weapons and come and defend Syria in the right way, through dialogue’."

Mr Haider, who has a reputation as a moderate within the regime, has established a system in which opposition fighters give up their weapons in exchange for safe passage to government-held areas.

Rebel fighters have privately said that they are aware of the amnesty offer, and that some men had chosen to accept it, although they say that the numbers involved remains a small proportion of those fighting the government.

"I used to fight for revolution, but now I think we have lost what we were fighting for," said Mohammed, a moderate Muslim rebel from the northern town of Raqqa who declined to give his last name. "Now extremists control my town. My family has moved back to government side because our town is too unsafe. Assad is terrible, but the alternative is worse."

The prevalence of extremist Islamist groups in rebel-held areas, particularly in the north, has caused some opposition fighters to "give up" on their cause.

Ziad Abu Jabal comes from one of the villages in Homs province whose residents recently agreed to stop fighting the regime. "When we joined the demonstrations we wanted better rights," he said. "After seeing the destruction and the power of jihadists, we came to an agreement with the government."

Mr Haider said that he had attended a ceremony yesterday at which 180 opposition fighters rejoined the government’s police force, from which they had previously defected.

Although it was not possible to verify this claim, when The Daily Telegraph previously visited the reconciliation ministry’s headquarters in Damascus the office was crowded with the family members of rebels fighting in the city’s suburbs who said their men wanted to return.

A ministry negotiator, who gave his name only as Ahmed, was in the process of arranging the defection of a rebel commander and 10 of his men from the Ghouta district.

"It took us three months of negotiation and this is a test," he said. "If this goes well, the commander says that 50 others will follow."

He described the steps taken to allow the return of fighters willing to lay down their arms. First, he said, a negotiator must cross the front line for a meeting on rebel-held territory. "We have to hope the rebel commander orders his snipers not to shoot us."

Would-be defectors were given papers allowing them to pass through Syrian army checkpoints, and then waited in a safe house until the officials could get their names removed from wanted lists held by the more hardline defence ministry and intelligence agencies.

The rebels "did not sign up to be part of extremist Islamist groups that have now gained influence", he said. "Now they want to come back to a normal life."

In the days before the regime took the town of Qusayr last month, The Telegraph saw mediators on the Lebanese border work with the Syrian army to secure an amnesty for fighters wanting to surrender.

The phone rang with desperate calls from the parents of the rebels. "These mothers know that this is the last chance for their sons. If they don’t give up their weapons now they will die because they are losing the battle," said Ali Fayez Uwad, the mediator. 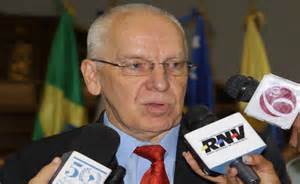 No to the Outlawing of the CP Venezuela! (Eng.; Esp.)