The character of the contemporary era as the basic element which defines the strategy of the Communist Parties and the experience of the KKE.

Speech of Giorgos Marinos member of the PB of the CC of the KKE and MP to the International Seminar of CP of Brazil "The national question and the struggle for socialism today", Rio de Janeiro, 23 and 24 March 2012

We thank the CP of Brazil for the invitation and we warmly salute the Brazilian communists who over a long period, in adverse conditions, have made their own historic contribution to the struggle of the international communist movement for the interests of the working class, the farmers, the landless and the native people, against imperialism, capitalist exploitation, supporting the socialist perspective which is the future of the peoples.

The KKE will attempt to contribute to today’s discussion on these serious ideological-political issues, taking into account that there are different approaches among the Communist Parties.

We consider that it is necessary to focus our attention on a crucial issue which concerns the character of our era and the factors which define it because it is precisely this issue which is the foundation for the elaboration of the strategy and tactics of communist parties, for the definition of the character of the revolution.

We will insist on highlighting certain objective factors, which if ignored, impact negatively on the line of struggle and have on many occasions brought the Communist Parties into a position which does not correspond to the needs of our era and their historical role.

This is not only related to the opportunist corruption which leads communist parties to a social-democratic mutation. Serious problems can be created by a mistaken or insufficient analysis of the development of capitalism in a country, the mistaken assessment of the class character and role of political forces or the correlation of forces at an international or national level.

The capitalist relations of production emerged from the bowels of feudalism, the bourgeois revolutions resolved the central issue of power, the bourgeois class, a progressive class in its era, took over the reins of power. During this process the bourgeois nation states were formed which gave impetus to the development of capitalism.

The accumulation of capital led to the creation of large capitalist enterprises, the concentration and centralization of capital was accelerated, stock companies were created, monopolies which prevailed in the capitalist market. Pre-monopoly capitalism has now passed into history. At the beginning of the 20th century capitalism passed into a new stage, the final, imperialist stage with as its characteristic elements the creation of the monopolies, and finance capital through the interweaving of banking and industrial capital, as well as the export of capital.

The epoch of the bourgeois-democratic revolutions has ended. The objective conditions determined the character of our era as an era of the passage from capitalism to socialism which has its core the maturation of the material pre-conditions necessary for the construction of the new system , socialism-communism. It is precisely this objective element, the maturation of the material pre-conditions which determines the character of the revolution in our era as socialist and not the correlation of force which in any case changes.

The classics of Marxism-Leninism specifically defined these pre-conditions. They spoke about the creation of stock companies-monopolies, the social character of labour and production, the development of the working class. They posed as a pre-condition of the socialist revolution the sharpening of the basic contradiction between the social character of production and the private-capitalist appropriation of its results, a contradiction which creates crises and in our period gave rise to a deep capitalist crisis of over-accumulated capital.

Marx in Capital notes in relation to stock companies that they are a result of the highest development of the capitalist mode of production, a necessary bridge to be crossed so that capital can be transformed into the property of the producers, no longer in the form of private ownership but as direct social ownership.

Lenin in his work "Imperialism, the highest stage of capitalism" wrote that the monopoly is the full material preparation for socialism and on this basis "Imperialism is the eve of the social revolution of the proletariat."

The course of the maturing of the material pre-conditions may have a different rate in different states due to the uneven development of capitalism and this is the element which communists study. But objectively the character of the era as an era of the passage from capitalism to socialism has taken on global dimensions and this concerns all the capitalist states where monopoly capitalism has developed, it concerns both the strong imperialist states and states like Greece which have a subordinate position in the imperialist system.

In relation to national specificities we want to refer to an important position posed by Lenin in "Under a False Flag" "only a knowledge of the basic features of a given epoch can serve as the foundation for an understanding of the specific features of one country or another."

This is of great importance because it demonstrates the basic tendency and determines its relationship with the specificities in each country, specificities which do not reverse the objective character of our era, the necessity for the resolution of the basic contradiction capital-labour and the socialist character of the revolution.

The overthrow of socialism in the Soviet Union and the other socialist countries in Europe through the victory of the counterrevolution does not negate this revolutionary necessity which existed before the October Revolution and manifested itself much earlier with the Paris Commune in 1871.

It has been demonstrated both theoretically and by historical experience that a precondition for the abolition of the exploitation of man by man is the acquisition of working class power and the creation of the workers’ state of the dictatorship of the proletariat, the socialisation of the concentrated means of production, and the continual expansion of socialist relations of production, national central planning and workers’ social control.

The KKE operates in this direction. It supports these principles of socialist construction, it supports the socialism that was constructed in the Soviet Union and the other socialist countries, the historically unprecedented gains which have not been negated by the mistakes, omissions and opportunist deviations which led to the counterrevolution and the overthrow of socialism.

The KKE is opposed to so-called market socialism and is in ideological-political confrontation with the so-called socialism of the 21th century which is based on a utopian quest for capitalism with a human face, prettifying the bourgeois parliamentary democracy which in reality is the dictatorship of the monopolies.

We believe that we can agree that the Marxist-Leninist position holds true which stresses that there is no intermediate socio-economic system between capitalism and socialism and consequently there can be no intermediate form of power. The character of power will either be bourgeois or working class. The position regarding the possibility and necessity of the establishment of an intermediate power has not been borne out in any country.

In the "April Theses" (1917) Lenin directly posed the goal of working class power, so that the Bolshevik party would prepare and successfully carry out the Socialist revolution in Russia. And this fact- a socialist revolution at the beginning of the 20th century in a country with a large peasantry and relative economic backwardness-is of great historical importance and provides answers to the discussion being carried out today in the communist movement.

It was the revolutionary working class power, the dictatorship of the proletariat-and not some intermediate power- that solved the problems of peace, land to the farmers, women’s equality, nationalities, and generally the so-called bourgeois democratic issues, and at the same time it paved the way for socialist construction.

Despite the fact that the correct definition of the character of the revolution is a crucial issue it is not sufficient for the development of revolutionary action at a high level which is required for the overthrow of the old and outdated system.

By observing these principles, the communist party as a guiding force can have a decisive impact on the development of the class struggle, on the combining of political, ideological and mass struggle for the maturation of the subjective factor so that objective difficulties can be fought against and so that the essence of capitalist exploitation, the need and conditions for its abolition can be understood by the popular masses.

If this element is underestimated and the struggle for socialism is transformed into a simple principle that does not go beyond a declaration, the scientific laws of the class struggle are violated and the working class is led into the trap of waiting for parliamentary solutions and accepting capitalist barbarity.

Finally, we would like to briefly refer to issues of independence and sovereignty, using Greece as an example, taking into consideration that bourgeois and opportunist forces talk about the occupation ofGreece by the EU or Germany, about the abolition of national independence etc. This position has nothing to do with reality.

Greece, like every other capitalist state participates in the imperialist organizations through the conscious decision of the bourgeois class which consciously cedes sovereign rights in order to safeguard its immediate and long term interests. In the conditions of uneven development which is an absolute law of capitalism, the participation and role of every capitalist state in the imperialist system and in every imperialist organization is determined by its economic, political and military strength.

This is expressed in Greece as well as in every capitalist country. The position of a capitalist state in the imperialist system needs to be examined on the basis of the real relationship "dependency-interdependency" taking into account concrete experience. Specifically that uneven development gives rise to unevenness in international relations and this will be eradicated when the working class and popular strata in Greece and other capitalist states decide to overthrow the power of capital and the capitalist relations of production, to construct socialism, forming international relations based on the criterion of mutual benefit.

It is precisely this element that defines patriotism in our era and the Leninist position is particularly valuable which stresses that "The proletariat cannot be indifferent to the political, social and cultural conditions of its struggle; consequently it cannot be indifferent to the destinies of its country. But the destinies of the country interest it only to the extent that they affect its class struggle, and not in virtue of some bourgeois "patriotism","

The KKE like other Communist Parties has a rich and heroic history. Plays leading role in the class struggle, it has experienced many years of illegality, it was the leading force against the foreign occupation 1940-1944 and in two armed struggles 1944 and 1946-1949. It waged struggles in the conditions of the dictatorship 1967-1974 and in the years that followed. It learns from both its negative and positive experiences, it learns from its mistakes. 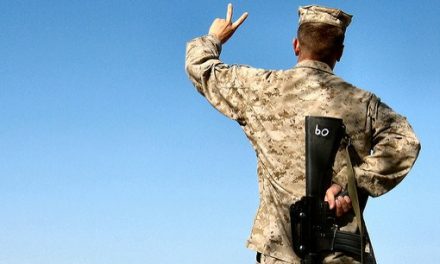 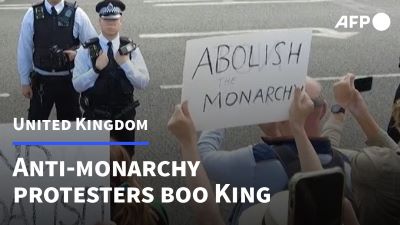 On the Founding, Activity, and Dissolution of the Communist International: KKE