The KKE is continuing its preparations for the battle of the elections with visits in workplaces and rallies in workersÂ neighborhoods.

At the same time, it continues its activities for the relief of the workersÂ families from the barbaric measures that affect all the working people.

In this direction, on Friday 6th April the KKE proposed a draft law for the relief of the popular strata from the loans.

On Monday 9th April the General Secretary of the CC of KKE presented this draft law at a press conference. Afterwards she discussed with the reporters about this particular intervention of the KKE as well as about the general political developments.

In reply to the question whether there is any room for a cooperation of the KKE with opportunist forces that call themselves "left" and with the Green Ecologists, following the hypocritical proposal of SYRIZA for a joint candidacy in electoral districts that elect a single MP, Aleka Papariga, the General Secretary of the KKE noted:

ÂThe people are indignant, disappointed. We see this indignation and disappointment of the people and for this very reason we do not want to contribute to the inflation and deflation of the movement. On the eve of 1981 there was much pressure exerted on the KKE in order to give even more power to PASOK (the social democratic party). They asked us to vote for PASOK in several districts Â it was again about districts with a single MP – to give a vote of confidence to PASOK. Was the decision not to support PASOK right or not?

"I mean that the people are aware of their problems they do not need us to tell them. But this does not mean that it is easy for them to choose the solution free and uninfluenced and objectively. Because Nea Dimokratia ("New Democracy," a "liberal party) says either one-party government or chaos. Venizelos (vice-president of the current coalition government, Minister of Finance and recently elected President of the social democratic PASOK) says either this policy is continued or we are heading to a disaster.

"Parts of the people believe in this. Other parts believe that their problems can be solved by a government which doesnÂt have the power in its hands, a government which has merely the governance (because the issue of power is determined by the ownership of the wealth and the abolition of the mechanisms of the State which have an anti-people character) and is forced to implement the choices of the EU, not because this is a demand imposed on it but because it wants to belong to the so called family.

"We know that such a government will not be able to do anything, irrespective of its intentions Â itÂs not time to analyse the intentions. For that reason we are obliged to warn the people about the following, because we cannot abandon the people: only a government that represents the peopleÂs power Â which means to have the wealth in your hands otherwise others will be the bosses and decide what and how will be produced – only such a government can respond to this, provided that it is based on the peopleÂs organisation from below and on the counterattack in the workplaces, in neighborhoods and lands.

"I am telling you that even the most pro-worker and pro-people government cannot do anything if it is not based on the uprising and the organization of the people. Because the enemy is not only within the Parliament, the enemy is mainly the business groups, the bourgeois class, etc. And you know that the business groups do not ask for the vote of the people, they do not run in the elections no matter if some participate in the parties. Of course it is the parties, ND and PASOK in particular, which ask for the vote of the people on behalf of them. However voting against ND and PASOK does mean voting against the class they represent.

"So this proposal of SYRIZA is merely a change in the facade. This faÃ§ade might have a better decoration, might have less acute angles but, as similar governments in France and previously in Italy have shown, the result would be the same: these governments will inevitably be tools of the bourgeoisie. And they will be forced to come into conflict with the people. Because on the day after, this government will face the full spectrum of peopleÂs demands. It might be easy to come to power but it might be equally easy to be overthrown. And we do not want the people to be disappointed, by having false hopes in such choices.

"If there was a government, a power that would solve the problems we should have been in the frontline, in terms of setting the example, in terms of sacrifices, and so forth.

"But if the faÃ§ade is changing and the content remains the same, we cannot fool the people. We know that the more trapped the people are in their problems, the more they seek for a solution. This is normal. But these solutions are not elaborated from above and through the electoral formulas.

"And I doubt the honesty of this proposal. During the local elections in 2011 SYRIZA allied with ND, PASOK and LAOS in Ikaria in order to prevent the election of a Communist mayor (Ikaria is an island in Eastern Aegean where the KKE receives many votes due to the fact that communists used to be exiled in the Island.

In the last elections in 2010 the Communist candidate received 43,9% and was defeated by the candidate who was supported by all the other political forces). As if things in Geece would turn upside down. And they were all together. Why does SYRIZA cooperate with them in trade union federations in order to prevent the election of communist representatives? Why do they recall the cooperation with the KKE merely in the elections?" 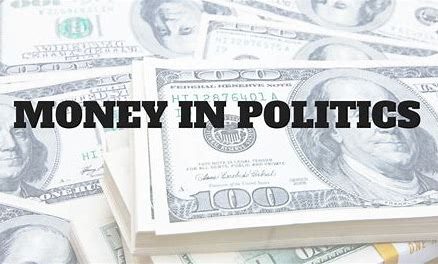