Victor Jara is an extremely important influence on the music and culture of Chile. His life was a reflection of his country, of the tumultuous times in which he lived, and of his personal philosophies.

Victor Jara began his life in a small town of Chile and with his music talent and great love for the people of Chile, became one of the best known and most influential musical figures of Latin America.

Victor Jara was born in Loquen, Chile, a small town outside of Santiago. His parents were rural farmers Â his father, Manuel, worked as a simple laborer while his mother, Amanda, performed many odd jobs to make money for the family. Victor Jara’s father had a drinking problem, and their home was often not happy because of the many fights when Victor’s drunken father used to hit Amanda.

After some years of this unhappiness, Victor’s father moved to the countryside to work as a farmer, and Amanda was left on her own to raise Victor Jara and his brothers and sisters. She was an extremely hard worker, and in the words of Victor Jara, her optimistic outlook on life gave strength to the family. She was an extremely important part of Victor Jara’s life. She sang and played the guitar, and taught Victor to play the guitar and also taught him many traditional folk songs of Chile. The time he spent with his mother had a great influence on his musical style.

Victor began to help in this cafe, and soon began singing more and more. During this time he also began to get involved in the politics of Chile. In 1966, he made his first solo disk, self-titled "Victor Jara." In the following years he continued as a theater director but began to spend more and more time with his songs and political activities. Finally, in 1970, he left the life of the theater to spend all of his time working for the people of Chile through his songs.Â

The songs of Victor Jara are filled with his thoughts on the simple people of Chile. He had a great love for the hard working people of small towns and villages, and many of his songs celebrate the lives of these people. Also, because of his great love for his country, many of his songs attack injustices in society or political scandals. Victor Jara is an essential part of the great Latin American musical movement known as "Nueva Cancion" or New Song.

This movement is involved with many revolutionary activities in Latin America, and all of the artists of Neuva Cancion share many common goals and thoughts (please see the essay on Nueva Cancion for more information). Finally, Victor Jara’s political ideas where an extremely important part of his songs. He believed in the general communist philosophy, like many progressive singers of Latin America, because of it’s promises to better the lives of poor people.Â

You can see the devotion of Victor Jara to his political ideals most strongly in his support of the presidency of Salvador Allende in 1973. Allende was a part of the Popular Unity party (a subsection of the Communist Party of Chile) and Victor Jara, along with other Chileans singers, gave concerts in favor of Allende and his political goals. Allende was a progressive candidate who had a great love for the people of the small towns of Chile.

The Popular Unity party had plans to increase education, and to supply increased housing and free socialized medical care. One of the concerts representative of this campaign for Allende was the concert given in the Stadium of Chile, where many political artists sang in favor of Allende.

In the end, the Allende campaign was a success, and he was elected president of Chile, after some political compromise and maneuvering. However, there was much opposition to the election of Allende and the military organized a coup to overthrow the newly placed president. In the resulting coup, Allende was killed and the military seized control of the government. On the day of this tragedy, Victor Jara was at his job in the State Technical University, which was surrounded by the military, who took Victor Jara prisoner for five horrible days.

During these days, he was forced to live in cold and dirty prisons without proper food or water, but other prisoners there with him testify that during these sufferings, he was only concerned with the welfare of his fellow prisoners.Â

Finally, the military brought Victor Jara and other political prisoners to the Stadium of Chile, the place where the concert for Allende has previously been held. There the military men tortured and killed many people. They broke Victor Jara’s hands (Note: many stories indicate that Victor Jara’s hands were cut off, but Joan Jara’s book about Victor indicates that when she saw him after his death, his hands were broken, so that is the version being used in this essay) so that he couldn’t play his guitar, and then taunted him to try and sing and play his songs.

Even under these horrible tortures, Victor Jara magnificently sang a portion of the song of the Popular Unity party. After this, he received many brutal blows, and finally was brutally killed with a machine gun and carried to a mass grave.Â

After his horrible death Joan Jara, the wife of Victor, was shown to his body and gave him a proper funeral and burial. Because of all of the problems in Chile following his horrible coup, she was forced to leave the country in secret with tapes of Victor Jara’s music.

Even today, the political and intensely human songs of Victor Jara are respected all over the world and the ideals of Nueva Cancion and political music in general remain extremely strong.

The life of Victor Jara is a beautiful example of an intelligent and sincere singer who spoke strongly through his songs. As a result, the songs of Victor Jara are a testimony to his strength and positive view of life.

Public Prayer to a Worker
(La plegaria a un labrador)

This song is a good example of the political songs of Victor Jara. This song is interesting because it is very similar to the "Our Father." This song won a prize at the first festival of New Song precisely because it is a song for the people of Chile. Victor Jara chose this form for his song because of his belief in the value of human beings, a belief which he believed was also stressed in the Bible.

The song is also important because of its emphasis on progressive and communistic ideals. His political thoughts are very clear in this song, but it also shows his focus on the people of Chile and their future.

Public Prayer to a Worker

Stand up, look at the mountains
Source of the wind, the sun, the water
You, who change the course of rivers,
Who, with the seed, sow the flight of your soul,
Stand up, look at your hands,
Give to your hand to your brother so you can grow.
We’ll go together, united by blood,
Today is the day
We can make the future.
Deliver us from the master
who keeps us in misery.
The kingdom of justice and equality come.
Blow, like the wind blows
the wild flowers of the mountain pass.

Clean the barrel of my gun like fire
They will be done at last on earth
Give us your strength and courage to struggle.
Blow, like the wind blows
the wild flowers of the mountain pas

Clean the barrel of my gun like fire
Stand up, look at your hands,
Give to your hand to your brother so you can grow.
We’ll go together, united by blood,
Now and in the hour of our death.
Amen.

When Victor Jara first heard that his daughter, Amanda, had diabetes, he wrote this song of love for his mother Amanda and his daughter Amanda. This is one of Victor Jara’s most beloved songs, and expresses his thoughts about family and love.

In this song, Victor Jara paints a false picture of love between his mother, Amanda and his father, Manuel (since in other songs such as "The Moon is Always Pretty" Victor Jara describes their life much less glamorously). However, the song does express Victor Jara’s ideas of love in the beautiful act of Amanda walking through the rain to see her husband simply because she loves him.

Finally, the song has a strong connection between his mother Amanda and his daughter Amanda, showing Victor Jara’s ideas on eternal life.

I remember you, Amanda

I remember you Amanda,
when the streets were wet,
running to the factory,
where Manuel worked.
With your wide smile,
the rain in your hair
nothing else mattered,
you were going to meet him.
Five minutes only,
all of your life
in five minutes

The siren is sounding
time to go back to work.
And as you walk
you light up everything
those five minutes
have made you flower.

I remember you Amanda,
when the streets were wet,
running to the factory
where Manuel worked.
With your wide smile,
the rain in your hair
nothing else mattered,
you were going to meet him.
And he took to the mountains to fight
He had never hurt a fly
And he took to the mountains to fight
And in five minutes
it was all wiped out
The siren is sounding
time to go back to work
Many will not go back
one of them Manuel.

I remember you Amanda,
when the streets were wet,
running to the factory,
where Manuel worked.

On the Way to Work
(Cuando voy al trabajo)

However, the song is also permeated with the thoughts and beliefs of Victor Jara himself. The words of the song foreshadow the future of Victor Jara. In the song, Victor Jara expresses his thoughts about the sadness of other people, and ultimately describes the same future of sadness for himself and his family.

On the Way to WorkÂ 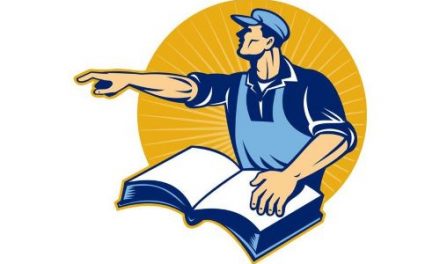