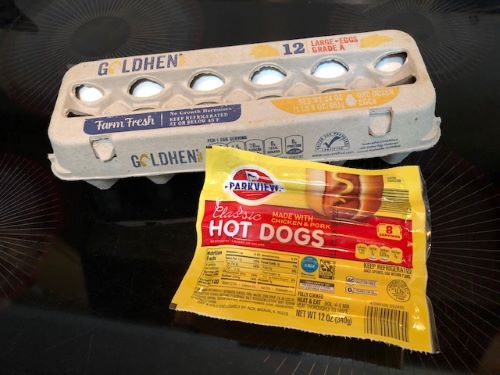 What’s behind the skyrocketing price of everything, the dreaded “inflation”? Is it more ill-defined “supply chain issues”, whatever they are? Do you know what that means? Or, is it uncontrollable world events like the Russian attack on Ukraine?  Or too many people spending all the money they have at the same time, bad weather, too many workers being given too many generous raises by benevolent bosses, or just post-pandemic free spending and partying? What is behind this massive transfer of wealth from workers to corporations? Well, it’s not as complicated as the corporate media might lead people to think it is. The bottom line today is that we are all being robbed by a renewed intensification of monopoly price fixing. The current price increases are a swindle, plain and simple, a robbery of working people unfolding on a colossal scale. With history as our guide.

Working people have not experienced this kind of price inflation in decades. Gasoline, rents, groceries, services, health care, and everything else is more and more expensive week-to-week. A quick look today on-line at several U.S. government web sites that track consumer price inflation yielded some official answers. Depending exactly how you slice and dice it, the official U.S. “rate of inflation” was marked at being 8.54% annually on April 1, and then again at 8.3% today on May 11, 2022. Just one year ago the rate of inflation as just 2.62%.  By that measure the rate of inflation has more than tripled in the past year.

The corporate media is prone to report there are always several “rates” of inflation, depending on what you include – or leave out – in the calculation. The increased price of gasoline is repeated over and over – as if anyone who owns a car needs to be reminded, or as if that’s the only item going up. Working people at their different stages of life also do not spend the same proportions of their incomes on the same things, which translates into a situation where everyone pays much more today overall, but some pay far more than others. Nobody in the United States younger than 30 remembers any of the difficult inflationary years of the 1970’s and 1980’s, so what we see unfolding is not just a shock to the wallet, but a psychological assault on many. Confusion abounds as to the root causes of the price increases, and to how one increase might trigger another. The underlying fact is, however, that working people and retirees spend gigantic proportions of their incomes on basic necessities, which invariably are the items experiencing the highest price jumps. With wage and salary increases lagging far, far, behind the inflationary curve, very discernable pain is felt immediately by the overwhelming number of people in the current period.

That prices would fluctuate and occasionally increase owing to particular events and trends is understood by all. It’s a by-product of our archaic and private profit-maximizing system. One would expect some prices to periodically fall by the same algebra. But things work differently, with increases quick, and decreases even when they happen sparse in frequency and small in size. The working class instinctively suspect that they are getting soaked by the higher and higher prices. That there is something, or someone, behind the increases who is benefitting from them. And they would be correct.

My trip to the local discount supermarket today yielded the following simple examples. Last month I purchased the same budget hot dogs at the same store in Alexandria, Virginia, for .79 cents per package. That same 8-count hot dog package rings up now at .99 cents. So, the price of low-end hot dogs has increased by a little more than 25% in just one month. That would be an annual rate of more than 300% without compounding. And these are hot dogs manufactured from chicken and pork, not beef. Lucky that I didn’t buy the beef wieners. Beef prices skyrocketed during the pandemic – so much so that the White House was driven to accuse the 4 leading companies who control more than half of all beef production of price fixing. Imagine that, but don’t hold your breath for any tangible action against these robber-barons. And I might have seen my hot dog increase coming however if I had been paying better attention to the meat industry press. Last September an anonymous processed-meats wholesaler was quoted as saying, “All the packaged meat suppliers are coming to the price increase party.” Well, he was right. Despite the fact that the price of all hot dogs had fallen 1.2% during the first year and a half of the pandemic we now see these huge increases.

Let’s look at chicken eggs next. The same brand purchased in the same store in March was going for .80 cents per dozen. Today, the identical eggs rang up at $2.45. Do the math to find out that the price of eggs has skyrocketed by more than 200%. The cause of this increase – according to reports in the media – is attributed to the bird flu epidemic and the destruction of so many chickens as a result. But as of mid-April, the entire egg-laying U.S. chicken flock had only lost somewhere between 3% and 4% of the flock to the flu. Too bad for the chickens, yes, and a sad result of among other things factory-farming processes, but an at-most 4% loss of the flock does not translate into a 200% retail increase in the price of eggs.

Now let’s consider my favorite example of monopoly price-gouging, since I had to drive to the supermarket to buy my hot dogs and eggs. Early in the pandemic the worldwide price of a barrel of crude oil collapsed so far that in many countries drilling ceased and the oil companies were forced to pay to store the oil that could not be sold – at any price. In May of 2020 the average U.S. cost of gasoline was $1.94 per gallon, having declined only a little from pre-pandemic levels – despite the fact that sales had dropped precipitously owing to the pandemic lockdown. Today the price of a gallon of gasoline has increased steadily to today’s eye-popping $4.40+ average nationwide cost with certain grades in select markets now costing well over $5. If you must buy diesel you are stuck with even higher average prices, in some markets now over $7 gallon. But the oil monopoly is doing just fine in all this. The largest U.S. gasoline producer Exxon recorded a more than $9.8 billion profit in the first quarter of this year, another record-breaking milestone.

The current gas price shock is, of course, blamed on the Russian invasion of Ukraine, right now anyway. But this wet bag won’t hold any more water than the eggs and hot dog stories. The U.S. is now a net exporter of oil, and we don’t import a drop from Russia. And if prices go up and down indexed to the price of crude oil, why didn’t the price of gasoline drop to .25 cents or .50 cents per gallon early in the pandemic, when a barrel of oil cost virtually nothing? While I probably do not need to prove to anyone the price-gouging practices of the oil companies, this one example all by itself reveals the nature of the oil company monopoly plunderbund in all its glory. The systematic reduction of refinery capacity through the collusion of the oil companies is the cause of the gas price spike. As far back as the 1980’s Oil Workers Union (OCAW) leader Tony Mazzocchi warned that the unchecked monopoly concentration of the oil refiners would only lead to higher and higher prices for consumers. Dozens of refineries have been shut in recent decades, with 6 more major refineries eliminated just since 2021. Refiners control the volume of gasoline produced for sale, and with refining volume steadily reduced, price increases were inevitable regardless of any other market conditions.

Noted U.S. economist Victor Perlo pointed out in his 1974 book The Unstable Economy: Booms and Rescessions in the U.S. Since 1945 that corporations sought monopoly concentration and phenomena like price fixing and contrived price increases as a means to increase profits. (See several of Perlo’s books published by international Publishers at: https://www.intpubnyc.com/product-category/books/victor-perlo/ ) Written during the ever-skyrocketing inflationary decade of the 1970’s Perlo pointed out that price increases then were a direct result of the process of monopolization of increased numbers of industrial, banking, service, and retail sectors. The high rates of price inflation in the 1970’s were the direct result of the corporate monopoly profit-maximization drive, not the result of the myth that wage increases for workers were the cause of the price spiral. He also points out the role of federal and state governments in aiding and abetting the price hike trends owing to their poor enforcement of too-weak laws regulating monopoly conduct, the permanent militarization of a huge section of the economy, and that occasional inflationary surges also ultimately have the defacto benefit to corporations of reducing the real wages of their employees.

Perlo also points out that monopoly price increases and price-fixing therefore contribute to record corporate profits. Perlo would not be shocked to see today’s version of this. No less a source than Forbes magazine recently reported that, “Corporate pretax profits (in 2021) surged 25% year over year to $2.81 trillion, the Bureau of Economic Analysis said on Wednesday. That’s the largest annual increase since 1976, according to the Federal Reserve. When (lower) taxes are factored in, last year’s corporate profit increases were even more of an outlier. They soared 37% year over year, more than any other time since the Fed began tracking profits in 1948.” It’s no accident that at the very same time we are seeing jaw-dropping increases in the prices of just about everything we see historic corporate profit spikes just as was the case in the 1970’s.

The scourge of monopoly price gouging is with us, alive and well as the daily experience of working people now attests. For those studying the current moment of sky-high inflation – now with a renewed war in Europe – I would also recommend to everyone V.I. Lenin’s, “Imperialism: The Highest Stage of Capitalism” also available from International Publishers ( https://www.intpubnyc.com/product/imperialism-the-highest-stage-of-capitalism/ )

Monopoly concentration is not merely a technical problem, a force to be watched, monitored, and periodically policed owing to its excesses. The ultimate end point of monopoly capitalism is worker destitution and war. In the current political moment it is unlikely that the monopoly price swindle will get the sort of exposure even that it had achieved in previous decades. Despite that, a sound Marxist analysis of the crippling inflationary surge now unfolding is required if there is to be any hope of a relevant debate of the need for drastic governmental action to curb – and someday soon abolish the monopoly scourge. The saying in the commodity trading community is that “The answer to high prices is higher prices.” Unless there is real pushback, concerted political effort to confront and abolish monopoly, we will unfortunately see that come true.

-Chris Townsend is a union organizer who lives in Alexandria, Virginia.

Being a monopoly no doubt facilitates the rise in prices, and obviates the need for collusion. Yet, not just “a” monopoly, but co-monopolies–a few powerful corporations that control the production and distribution of a product, much like the baby formula producers. No need for collusion. Chief execs seem to take the signal from the insurance sector, and raise prices when the “NOW!” flag goes up and the insurance companies start the gutting of savings and retirement accounts and the concurrent devaluing of payouts. The princes of industry know that when savings accounts and retirement accounts are getting fat, it is… Read more »