Profits determine the US response to a health care crisis, so Americans are in trouble regardless of who occupies the White House.

It was in early 2020 that the word COVID-19 entered the lexicon. In the past year more than 440,000 people in the United States have died from this disease. The impact of shutdowns meant to end the spread of disease have cost millions of people their jobs, and businesses large and small no longer exist at all. COVID-19 has proven that the political system is devoted to the interests of the billionaire class and is therefore incapable of acting in the interests of the people.

The vaccines which hold some promise are distributed by the same for-profit entities that run what passes for a health care system in this country. They are distributed by criteria that each state has developed, resulting in a patchwork of 50 different rules. There are acute shortages of the two-dose vaccines that have been approved thus far. Senior citizens  were declared a priority population but they are forced to wait on long lines for hours, and in many locations only people with cars have access to vaccine sites. This supposed priority group is in fact at the bottom of the list.

Racial and class disparities persist. In the Washington Heights  neighborhood of upper Manhattan, vaccines went to white suburbanites instead of residents in a mostly Latino community. Overall, Latino and Black residents are under-represented among vaccine recipients in New York City. The city of Philadelphia contracted with a 22-year old white man  with no health care background and allowed him to develop a vaccine distribution strategy.

All talk of social distancing is meaningless in places where families live in overcrowded housing. Poverty is racialized in this country and the sharp increases in Latino and Black deaths in Los Angeles County  are a sad example of this dynamic. Yet that same state will now allow restaurants to re-open, and in doing so will put front line workers, mostly people of color, at risk once again.

The continued spread has allowed the virus to do what viruses always do, mutate into variant strains which may require additional vaccine options. Vaccines have been hoarded by the wealthier capitalist countries and most of the world’s people have no assurance that they will be able to access this preventive treatment.

Donald Trump was blamed for the poor response in 2020 but it is clear that Americans are in trouble regardless of who occupies the White House because profits determine the response to a health care crisis. Joe Biden declared that there is nothing he can do about the disease trajectory and blithely stated that an additional 200,000 deaths are inevitable. His pre-inaugural promise of a $2,000 stimulus payment is now null and void. The sum of $1,400 is now on the table and no one will see that amount until March or April.

The failed state continues failing the people. It cannot do otherwise. The government does the bidding of the billionaire donor class, just as it did before COVID-19 struck. That evil alliance is the cause of all our troubles. None of the stimulus plans are adequate because they aren’t meant to be. Extra unemployment payments allocated in the first stimulus ended in July because the duopoly want workers back on the job more than they want anything else. Providing help to suffering people in need is the opposite of what the austerity regime demands.

Trump will be the fall guy for as long as Biden and the Democrats need him to be. He is a very convenient scapegoat after all. Even as the system fails to provide enough testing or vaccines or new treatments, we are already propagandized into believing that Biden can’t be expected to undo the mess that Trump created.

But one need only look beyond U.S. borders to see that capitalism is the issue. China was the first country where the disease appeared but care for that country’s citizens produced a death toll of less than 5,000. A new outbreak there of 100 cases provoked the same response of new hospitals, housing for the infected, and a robust testing protocol. Cuba, beset by crushing U.S. sanctions for 60 years, is producing its own treatments and vaccines and has also experienced a small number of deaths.

All of the ills and contradictions of life in the United States have been exposed by the COVID-19 pandemic. The crisis continues because this system has not changed. Variants will emerge, the government will pay big pharma to produce more vaccines, and the cycle will continue. The only question is when popular anger will be directed where it belongs, on both sides of the political aisle and in corporate offices. COVID-19 will continue its wreckage until that day comes. 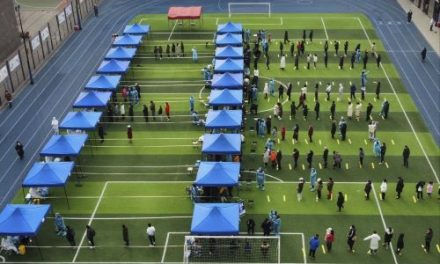 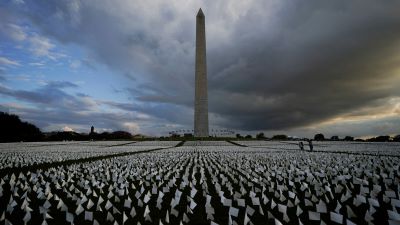 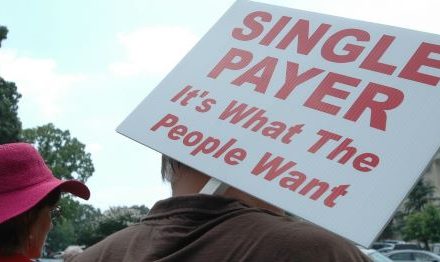