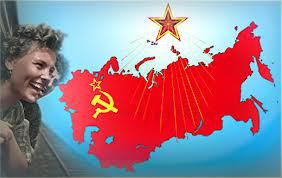 … 13-year-old Zhenya Kalashnikova stands on the roof of her house in her everyday winter coat.

She looks with curiosity at the Soviet life all around her below . Zhenya’s childhood and youth smell of apple blossom and fresh lemonade. She sees puppet theater at school. She hears the war memories of her grandparents and their romantic stories about the Soviet partisans. Her mother, a volunteer in the people’s militia, armed with a whistle and an armband, is crazy about Belgian singer Salvatore Adamo. She takes Zhenya to watch races on a local cycling track and travels with her to Crimea through – at that time wealthy and peaceful – Ukraine...

The writer of Soviet Woman spent her first 23 years in the USSR. After that she has lived and worked in four capitalist countries. She does not avoid fundamental questions, such as what is better: socialism or capitalism? She compares, based on her own turbulent experiences, her own happiness and sorrow.

The Russian version of this book has caused a storm of personal reactions from readers, from Kaliningrad to Vladivostok.

Now for the first time in English, all three volumes of this book that capitalist media call “controversial,” Soviet Woman.

For information about purchase write to: rabota47@yandex.r

Why did I write this book? Because over the last twenty years I grew sick and tired of listening to endless incredible lies about what it was actually like to live in the USSR. These lies have become so pervasive today, that there is no escape from them anywhere: from movies and books to newspapers and school textbooks. And, it is not simply a case of a one-sided view of Soviet reality.

If that were the case, it would have been half the trouble. But the deeper we go into the forest, the more anti-Soviet “wood” is being offered us: we are being showered with more and more of what can only be classified as wholly untrue. Examples of this I cite on many occasions in my book.

For twenty years now I’ve read, watched and listened to all this — and I do not recognize my native country in what I read, saw and heard. I do not recognize it at all. Gradually, I became angry, because these lies are also about my parents, about my grandparents. Lying about our lives to our children and grandchildren, so that they would not know what it was really like to be a Soviet citizen. Finally, I became so tired of these shameless and endless lies that I felt what Tolstoy must have felt: “I can no longer be silent!”

I see the world through the eyes of a Soviet person, because I am a Soviet person. And I’m proud of it. I was happy in the USSR and I do not make apologies for openly talking about it. I was not part of “the elite” and I was not an “exception.” Life as I describe it in my book was lived by most of my generation. But abroad, and in my own country after the comprador bourgeoisie came to power, it was decided to publicize the view of Soviet life as described by only an extremely small number, a marginal minority: of the so-called “dissidents,” whose “dissent” is based primarily in their personal egoism, in their opposition to the majority of the people, in their belief in their own “exclusiveness,” in the primacy in their worldview of their personal “human rights” over the basic economic, social, and political rights of the majority of the nation and in their contempt for others and for their own country. In Soviet times, these people were aptly called “renegades.”

I am writing on behalf of the “silent majority” of our people, because I hope that they will recognize themselves in my characters, and in description of their lives. And then they will finally identify themselves as a majority (which they are!) and will no longer remain silent. They will no longer tolerate the endless slander, spitting and jeering of those renegades who now call themselves “reformers” and “innovators.

More than twenty years of my life in exile also give me the right to compare in full the so-called “free” world and our Soviet reality. And this comparison isn’t favorable to the former. Of course, this is not what some would like to hear. The West expects us to be in seventh heaven, having landed among the “rivers of milk and honey.” Few people are actually interested in how we feel here, what we think about the system and how we got here in the first place.

If I were asked to describe capitalism in one word, I would probably choose the word “bestiality.” This fully applies to post-Soviet Russia and its spiritual mentor — the so-called “developed” countries.

If I were asked to describe socialism in one word, I would choose the word “inspired.” That is what we experienced during the Soviet era: if not every day, then at least very often.

Letters from Russian readers that I get in large quantities make me feel very happy. They confirm that I touched a live nerve in people that my book will help them to understand what happened to us and to come back to their true selves.

“… Here, too, if you look at the comments on my articles, for the USSR and against the USSR, you will notice something remarkable. You know what is very interesting? Those who are for the USSR recall free education, advanced science, sports, free medical care, housing, etc. And those who are against it, you know what their first and main argument is? It’s the “sausage.” All they talk about is the lack of sausage, of foreign brand “stuff” (namely “stuff,” not things, for things we had) and queues. One of them remembered how he got imported chewing gum and he chewed it again and again (keeping it in the fridge between chewing).

It’s disgusting when the human brain only thinks in terms of sausage” — wrote my reader Rita Shevchenko. Those left-wing activists who thoughtlessly brush aside our Soviet experience, labeling it “totalitarianism,” can be immediately written off the revolutionary accounts: they won’t produce anything except a lot of noise. I am deeply convinced that without studying all the facets of our Soviet experience, without creative application of this experience in the variety of future practices, it will remain impossible to construct any kind of “another world.”

I invite all those who do not live and think only in terms of sausages to read my book. Those who do care how people live around them. Who think about the way the system works. About what can be learned from historical experience of “another world,” which, as we, the Soviet people, know, is not just theoretically possible, but really existed and continues to exist on our planet today. 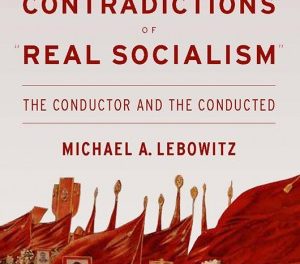 The Contradictions of Real Socialism: The Conductor and the Conducted 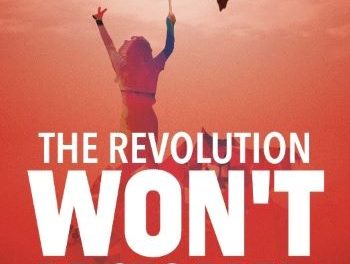