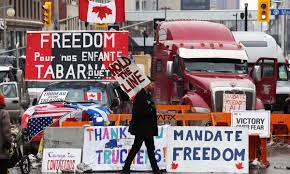 Some people believe the occupation of Ottawa is a leftwing, pro-working-class phenomenon, but that’s hardly the view of trade unionists, community organizers, activists and frontline workers here in the city.

We see, feel, hear, and experience the occupation first-hand, on the ground. That might be why we understand the occupation differently: not as a leftwing phenomenon and democratic expression, but as a far-right movement of racists, evangelicals, union-haters, and conspiracy-minded lunatics, inspired and supported by the likes of Donald Trump, Ted Cruz, and Elon Musk.

To be sure, you don’t have to live in Ottawa to grasp the true nature of the occupation. Ben Norton, who lives in Nicaragua, is under no illusion about what Occupy Ottawa is all about.

Teamsters Canada opposes the occupation and calls Covid-19 “the real enemy of truckers.”

In his response to Taibbi, LeBlanc summed up quite effectively why the Ottawa occupation is an anti-labor, far-right phenomenon.

The lunatic far right People’s Party is four-square behind the occupation, as are the interim leader and likely future leader of the country’s Conservative Party. When have anti-union, pro-business, social conservative parties ever embraced an authentic, pro-labor, left-wing movement?

The Ottawa police have done nothing to liberate the city, preferring to avoid confrontation and hob-nob with the occupiers, or avoid them altogether. The city’s chief of police, Peter Sloly, is an endless source of excuses for why he and his officers cannot act. Early on he declared “there may be no policing solution.” The chief’s inaction has led to calls for his resignation, along with that of the city’s mayor, Jim Watson, dubbed Mayor Milquetoast by a local newspaper columnist for offering nothing more than impotent pleas for the occupiers to go home. With what genuine leftwing, pro-worker, movement has the police ever been complicit?

A coalition of local labor unions, community organizations, and residents will hold a rally this Saturday in solidarity with frontline workers and Ottawa residents affected by the occupation.

A majority of Canadians and US Americans support Covid-19 restrictions. Occupy Ottawa is not a grassroots working-class movement, but an astroturfed corruption of far-right billionaires whose aim is to pressure governments to lift all Covid-19 restrictions and return to business-normal. As The Wall Street Journal, the mouthpiece of the hard-right billionaire class put it, “the message of Canada’s trucker protest” is that “it’s time for the pandemic emergency orders to end.” (How many legitimately leftwing, pro-worker, pro-democracy movements were ever endorsed by The Wall Street Journal?) If the far-right elite and its occupation shock-troops have their way, governments will transition from Covid-19 mitigation measures to a ‘living with Covid’ strategy, more aptly dubbed ‘dying with Covid’–over the opposition of a majority of their citizens.

The Journal acknowledged that most Canadians oppose the occupation of their capital. Musk, Trump, the Journal, Canada’s far-right parties, and the occupiers care not a fig for democracy, not one jot for the well-being of others, and not one iota for the welfare of labor. Their sole concern is to lift Covid-19 restrictions, and they appear ready to go to great lengths to achieve their aim, no matter how reactionary their goal and no matter how anti-democratic and thuggish their methods.

Pierre LeBlanc can be reached at pierrealeblanc@rogers.com 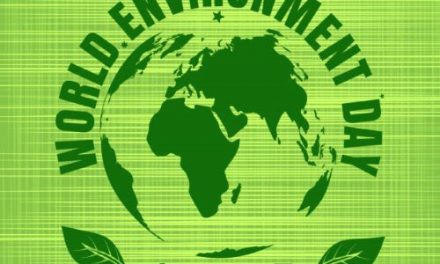 The Ukraine Crisis and the New Cold War