Folks on the political left mock The Wall Street Journal. True, the editorial pages contain some of the most scurrilous, ugly commentary imaginable. The papers editorial stance would win praise from Benito Mussolini, if not Josef Goebbels.

Yet the economic data, analysis, and reportage is unmatched by any other English language mainstream news source, including The Financial Times and The New York Times. A friend once offered the explanation that the ruling class needs hard facts to make informed decisions while propaganda is left to The New York Times and the other mainstream news outlets. Perhaps that is so, but I can attest that IÂve found no better source for pertinent economic information even under its ownership by Rupert Murdoch. Part of the answer lies in their staff of 700 researchers, reduced under Murdoch, but surprisingly unfettered by editorial imperatives. Of course a reader must dig through or behind many of the articles to grasp the meaning of the proffered analyses, but its there to be mined by the diligent Marxist.

A case in point is a recent article by Ellen E. Schultz carrying the title ÂTop EarnersÂ Pay Is Seen Eroding Social SecurityÂ published on July 21, 2009 (http://online.wsj.com/article/SB124813343694466841.html). This remarkable article is based upon a clever examination of Social Security data on payroll taxes. Generally, salary and wage data are not distinguished by class when collected by our capitalist-friendly government fact-collectors. Consequently, separating income by class becomes a somewhat speculative and contentious issue among commentators. But the Social Security Administration, in its wisdom, excuses the wealthy from paying SS taxes on income above a certain level, arguing that this would be an onerous burden on the high income class. WSJ researchers take this divide as a credible break between Âexecutives and other highly compensated employeesÂ and the rest of us. They then sort the SSA salary and wage data using this divide, an unspoken, but most suggestive cleavage between the working class and the ownership class. They draw the following conclusions:

● Over one-third of all wages go to the Âexecutive and other highly paid employeeÂ class Â the top 6%. The other 94% of employees share the remaining two-thirds.

● In the 5 years from 2002 to 2007 Â ÂrecoveryÂ years of strong growth Â the Âexecutive and other highly compensated employeeÂ class enjoyed a 48% gain while the working class employeesÂ wages grew by only 24%, half the growth of the wealthy.

●Elimination of the SS tax ceiling would guarantee, by the most conservative actuarial projections, the Social Security trust fundsÂ solvency for the next 75 years.

After digesting the shock of the extreme inequality of wage differences, special note should be taken of the trends in inequality demonstrated by the SSA numbers. Inequality has actually accelerated over the last decade, with the widely hailed ÂrecoveryÂ from the dot-com recession generating an even greater disparity of wages. Note, also, that SSA data does not reflect the economic crisis of 2008/2009, though the previous trend would suggest strongly that an even greater increase in inequality is in store for the lower 94% of employees in any coming recovery.

The trajectory of the incomes tracked in The Wall Street Journal study demonstrates a decided and growing partition of the fruits of labor in favor of the ownership class and its minions. In Marxist terms, this indisputable fact signals a parallel increase in the rate of exploitation. For workers, the only remedy will be found in determined, class-conscious militancy. Based upon the accelerating rate of exploitation, one is forced to conclude that the leadership of organized labor has failed to abate this class offensive against labor. The approaches of the past will fall far short of what is needed to win social justice for working people.

Attention must be paid to The JournalÂs final point about Social Security which suggests a simple, painless solution to the contrived, exaggerated crisis of Social Security: eliminate the cap on the Social Security tax. I am reminded every day Â as I glance at an old button circulated by the inestimable, late labor activist, Fred Gaboury Â of the demand for an elimination of the cut-off on the flat tax funding the Social Security trust fund. FredÂs button read: Scrap the Cap. When the button was produced the tax was voided for incomes above $72,600. Today that limit has reached $106,800. Years have passed and we still canÂt generate the political will to take this small step for justice and fairness. Shame on our corporately-owned politiciansÂ 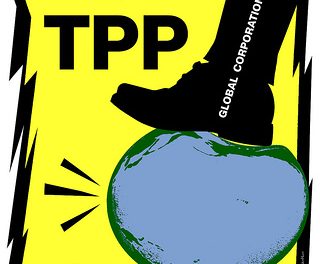