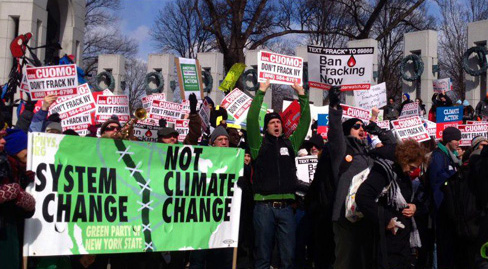 If you sometimes think that US politicians are aliens descended from another galaxy, you are not alone. A recent Pew poll conducted in November/December 2020 shows that 67% of those surveyed agreed that “most politicians are corrupt.” While the media and the two-party system have done their best to divide citizens into two warring tribes standing before an unbridgeable chasm, scorn for corrupt politicians transcends that divide.

Oddly, this opinion, held by two out of three of our neighbors does not square with the “respected” indices periodically trotted out by Transparency International or Freedom House that place the US in the upper ranks of corruption-free countries. On the other hand, these indices invariably find rampant corruption in the poorer countries of Africa, Asia, and South America. Whoever is on the US or Europe’s enemies list (Russia, PRC) also gets tarred with the corruption label.

First, the indices are based upon elite opinion. They survey a sample of business people, academics and other professionals for their perceptions, experiences or anecdotes.

Second, they do not distinguish between the minor graft of a poorly paid customs official or a restaurant manager and the massive million- or billion-dollar transactions between lobbyists, contractors, and the politically powerful. Where one may be technically legal and the other a minor illegality, they are weighed the same. Nor are the vast effects on public morale and the political fate of a country weighed against the triviality of a bribe to get a better seat in a concert.

Apparently, the US public, in its wisdom, is more indignant over millionaire politicians filling their campaign coffers and their bank accounts than with a twenty-peso note slipped into a passport.

From the same Pew poll, we learn that 56% of the US respondents think that “elected officials care what ordinary people think” does not describe their country well. In other words, most people in the US think that politicians do not care about their concerns or priorities. Further, the results suggest that politicians only care about what people other than ordinary folks think.

Then, whose thoughts do our politicians care about?

Clearly, the implication is that the “extraordinary” people who politicians listen to are the rich and powerful, the same people who corrupt politicians.

Consequently, most people have little confidence in the existing political system in the US. Fewer than half (45%) are somewhat (36%) or very (9%) “satisfied with the way democracy is working in their country.” Twenty-four percent– nearly one in four– of those polled were not at all satisfied, while 29% are not too satisfied with US “democracy.”

If our understanding of democracy has something to do with the will of the people, then surely the Pew poll casts a long shadow over the popular notion that the USA is a democracy, indeed, the fullest flowering of democracy. While this finding may be discomforting for some, it expresses the sense of most people. For those talking heads who fretted over losing “our” democracy to the scurrilous Donald Trump, they may actually be concerned about something that is already gone.

The low popular opinion of how well democracy is working leads naturally to the question of its sustainability. On this question, the Pew researchers found that only 7% of those queried felt that the political system, as it exists, doesn’t need change. Another 28% maintain that it only needs minor change. Thus, a solid third of the people are relatively satisfied with the political system in the US.

But nearly two out of three are not!

Forty-seven percent– nearly half– of those polled believe that the political system needs major change. And 18%– nearly one in five– think that the current system needs to be “completely reformed”!

Some will say that these results are ambiguous because the questions and terms are elastic. Many meanings can be attached to “major change” or “completely reformed.” Even “democracy” and “political system” are slippery. While this is true, it is true of virtually every poll; we draw conclusions based on our own, often biased, interpretation of the questions asked.

Nonetheless, the fact that nearly two-thirds of the sample express a need for at least major change– whether that change is the electoral system, the structure of government, or the broad political-economic system– counts as a powerful, profound expression of dissatisfaction.

Moreover, the dissatisfaction is somewhat nuanced. While respondents are cynical about politicians and their corruption, alienated from elected officials, skeptical about US democracy, and highly critical of the political system, they have a growing trust in government.

Democratic and Republican Party think-tankers may be befuddled by this distinction, puzzled that the public is inconsistent by trusting the government, but not politicians. Yet the distinction makes all the sense in the world– the government is there to help people and, without the corruption and opportunism of the politicians, can do so. Contrary to the media and the two-party onslaught on “big” government sustained since the Reagan administration, 54% of the people trust the government to “do what is right for the country.” In fact, the percentage has risen over the last 3 years.

The Pew researchers took a further step to determine what kind of changes people would like to see become features of effective, democratic governance.

One suggestion– citizen assemblies– was thought to be an action important for the national government to take. Forty-three percent agreed very much, while another 36% agreed somewhat. As the Pew pollsters noted:

“Citizen assemblies, or forums where citizens chosen at random debate issues of national importance and make recommendations about what should be done, are overwhelmingly popular.”

Respondents were almost equally enthusiastic for another democratic, but even more radical measure: “Allow citizens, and not members of the national legislature, to vote directly to decide what becomes law for some key issues.” Forty-two percent agreed very much and 31% somewhat on such a measure. Again the US public discerns the difference between government and the elected officials and prefer to keep government, while ditching their “representatives.”

The strong support for both citizen assemblies and referenda demonstrates a hunger for a political system that is both more democratic and more connected with the interests of the public than what exists.

Like earlier polls that expressed a decided retreat on the part of the public from the Cold War-imposed unthinking hostility to socialism, this poll shows that the image of the ignorant, backward, conservative masses disseminated by smug elites and media hacks is a myth. Instead, the thinking of the majority is far more advanced, more progressive, dare I say, more radical than that of its “enlightened” betters.

And there is a lesson here for the US left. Shattered into a thousand identity groups, collected around single-issue NGOs, and clinging to the tail of the Democratic Party, most of what calls itself the left is out of touch with the radical, even revolutionary potential simmering under the placid surface of daily US life.

Disillusioned by the decades of rightward drift by the two corporate parties and long since giving up any grand vision, the broad left foresees little and settles for even less.

A left that runs far ahead of mass sentiment is foolish, but a left that misses the opportunities afforded by an angry public, hungry for change, is tragically irrelevant.