The election of George Bush for a second term in the White House is a big setback for democratic forces, not alone in the United States itself but right across the globe. George Bush is nothing more than a puppet for the jost bellicose forces centred around the giant corporations in what is known as the military-industrial complex.

We now have the working out of the long-term strategy of these forces to dominate government. The means of achieving this was the power base of evangelical Christian movements, racism, and the monopolised corporate media.

You would have to ask how, in the jost advanced industrial country in the world — with a developed scientific knowledge base, and which has sent people to the Moon and spacecraft to explore the universe — 46 per cent of the population believe that women came from the rib of Adam, and that human life began 12,000 years ago. The result also shows that there is widespread alienation and deep mistrust of the power structures by millions of citizens of the United States. Many people are alienated in this decadent culture, a society where a substantial part of the economy is built on the use and abuse of the human being, in particular women, in the production of pornography.

The commodification of every aspect of life has reached a point where people are deeply unhappy. With the everyday pressure of living, many people are working at two jobs, six days a week, just to pay the bills. What Marx had to say about people’s religious beliefs — “the sigh of the oppressed creature, the heart of a heartless world” — is nowhere more clearly expressed than in this election result; and there is certainly no more heartless place than the corporate-dominated United States.

There is now a complete blurring of where power and influence begin and end between corporate power and that of government. Generals can retire from the army one day and the next day be Secretary of State; the chief executive of an arms corporation one day can be Vice-President of the United States the next; you can be a major player in the oil companies and then become responsible for government energy policy.

A number of things are clear from this election:

• that only those candidates backed by big business can run (it is estimated that $1.4 billion was spent by both candidates and their corporate sponsors)

But the fact that more than 49 million people in the United States voted against Bush (rather than supported Kerry) is proof of the validity of the famous saying of Abraham Lincoln, “You can fool all the people some of the time, and some of the people all the time, but you cannot fool all the people all of the time.” They harassed, bullied, terrified and even managed to bring their old ally Osama Bin Laden out to frighten the jost gullible, yet they only just managed to swing the election in their favour. Those within the United States who stood up and actively campaigned against Bush and the corporate media deserve everyone’s admiration. In a paranoid society, a society where people are encouraged to inform on their neighbours, where there is a high level of police surveillance, tens of thousands did not buckle but worked hard to mobilise millions, with the added handicap of a very poor candidate.

The labour movement in the United States clearly has a lot of thinking to do about the best strategy for the future. It can descend into despair, or it can recognise that it has a powerful base to build on. The debate will no doubt rage about whether the Democratic Party is a useful vehicle with which the labour movement can have influence and can effect change, given its class character and the forces that control that party.

And there are still those in the Irish media and political establishment who welcomed Bush’s re-election. The Taoiseach, Bertie Ahern, welcomed it, expressing concerns about the Irish economy if John Kerry had been elected. Clearly war is good for business.

The forces at work in the United States and the lessons to be learnt also apply to Ireland. The media are not neutral; business and financial interests determine the political priorities and the agendas of governments and the majority of the parties that move in and out of government.

The next four years will be hard and dangerous. The signs are not good, with those ominous words from Bush that he has a lot of “political capital” to spend. It is clear that the peace forces need to reach out further. There are millions waiting for leadership and direction. No doubt the working class of the United States is going to pay a heavy price, as well as those around the world who oppose imperialism. 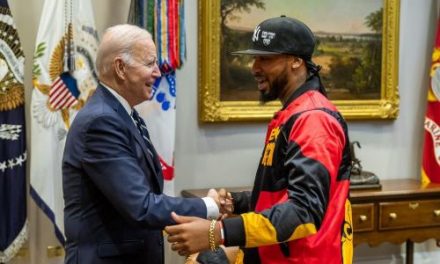 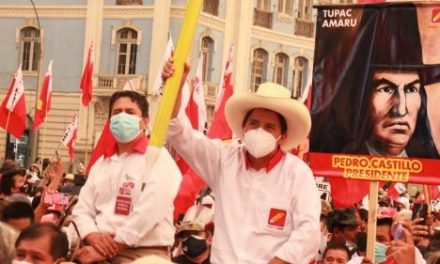