Interview with the Communist Youth League (Mexico) by the International Center of the Young Communist Movement of France, Seine-Maritime Federation, Rouen, France

What is the political situation in Mexico right now?
We think it is important to highlight that, in our country, the economic system that prevails is capitalism at a fully developed stage and in crisis, which seeks in every way to exploit and oppress the Mexican people at ever higher rates.

Taking this as a starting point, all the political parties that run the Mexican state (PRI, PAN, PRD) represent the bourgeoisie, and they implement policies in the interest of their class. These are policies aimed at assuring the profits of the capitalists amidst a crisis, transferring all costs to the workers and oppressed people.

To illustrate this, we can look at actual conditions of insecurity and poverty under which 50.6 million Mexicans (out of a total population of 107 million) live. This number indicates that this portion of population does not have enough income to satisfy such basic needs as food, health, education, housing, clothing, etc. Simply it is the crisis in which the actual system finds itself which attacks savagely the working class and the rest of the popular strata.

A recurring theme in the international mass media — and also quite present in the concerns of our people — is the drug market war. Because of this dispute, tens of thousands die each year, above all, youth without opportunities of entering the world of work.

The root of this matter is that capitalism has achieved a very high level of concentration and centralization, a process that, in the case of the illegal market, cannot be regulated by the State and degenarates into a violent affair between the diverse "businesses" that try to obtain monopoly control over the international drug-trafficking routes, the domesticÂ  markets and production of these commodities.

This problem has no solution in the framework of capitalism. It can only worsen. In face of the main problems that touch the lives of our people, all the political initiatives of the bourgeois parties fail.

In our country any party or organization of a militant or working class nature finds serious obstacles to making its voice heard in an electoral setting.

Thus the parties with parliamentary presence struggle over which particular segment of the bourgeoisie or monopolyÂ  they represent. They fight about who will take the biggest piece of the capital accumulation machinery possessed by the State. They agree on the essentials, which is to ensure the accumulation of profits for monopoly and to ensure the ideological-political dominance of the bourgeoisie. That is why there is a great rejection and repudiation of the political system in our country, reflected in the fact that more than a half of the electorate abstains from voting in suchÂ  sham elections.

These are the conditions that have moved the people of Mexico to undertake several struggles, which in most cases, do not go well. The Mexican State has unleashed repression on all levels, pitting everybody against those of us who dare to oppose capital, directly or indirectly.

The working class has difficulties in participating and expressing itself politically. Trade unions have been, for many decades under a strict and criminal control by the State and by the employers’ associations. The party of the working class was seized by the liquidators and did not exist for three decades.

The massive and spontaneous struggles that recur in Mexico do not include, for that reason, organized and conscious participation of the working class. TheÂ  confrontation with the bourgeoisie is settled with outcomes of defeat, imprisonment, injuries, death, and "disappearances."

This is the framework in which we decided, in 2010, after several years of preparation, to reorganize the Communist Party of Mexico and the Communist Youth League.

Do you often confront American imperialism, and what are its manifestations?

First of all, we have to clarify that imperialism as we characterize it, following the deep analysis of Lenin, is a stage of development of capitalism which has as its features: 1) The concentration and centralization of capital, the means of production and the market, which give birth to monopolies, 2) The merging of industrial and bank capital creatingÂ  finance capital, 3) The predominance of capital export over commodity export, 4) The formation of international monopoly associations, 5) The phenomenon of territory and market allocation.

With this characterization, whoever reads enough of our country’s significant economic and market data will understand that Mexico has all the features necessary to be characterized as fully within imperialist bondage. In this sense, to theoretically counterpose the American and Mexican monoply bourgeoisie is false.

The monopolies formed in Mexico, on the base of looting and exploitation of generations of Mexican working people,Â  protect their interest better in an alliance with the American imperialism that with any other combination against it.

More than 80% of the total exports of Mexico have as their destination the USA; in the same manner, Mexico obtains 74.8% of its imports from USA. This is directly related to the activity of monopolies since, of the 37,500 Mexican enterprises involved in foreign trade, only 400 generate more than 80% of the exports.

For example, much is spoken of the food dependency of Mexico in relation to the US and the dramatic case of corn. Although this is certainly true, it is ironic that the main producer of cornmeal in the US is the GRUMA group (MASECA), a monopoly capital that has its headquarters in Mexico.

Likewise, we can look at other branches of production. Moreover, the financial groups listed in the Mexican stock market present a merging and close interweaving between capital of US origin and capital with headquarters in Mexico.

The North American Free Trade Agreement (NAFTA) is, in essence, a monopoly international association that ensures monopoly interests on both sides of the border. Although many Mexican industries were ruined and ousted by paragraphs of the NAFTA treaty, capital-intensive Mexican enterprises, like mining or telecommunications, have grown exorbitantly, to the point where they dominate market sectors and exploit workers of the entire continent, side by side with their US partners.

Among many other elements, this explains our position. We fight against NAFTA and ASPAN (Alianza para la Seguridad y la Prosperidad de AmÃ©rica del Norte) against the absurd and ridiculous obstacles that the international imperialist agreements raise against the use of the resources and potential of our country. We fight against the barbaric attacks that they unleash against our people.

However, in our country the struggle for the disengagement from the imperialist agreements necessarily means a break with capitalism. Any other path taken to solve the problem is unworkable. There are those who insist on an alliance with an imaginary "national" section of the bourgeoisie to oppose such an anti-monoply alliance. We insist that any withdrawal from the monopoly agreements would imply attacking the really existing and dominating bourgeoisie.

For this stance we have received many criticisms from organizations that maintain a backward analysis, but we have achieved clarity and make headway without falling into confusion or backsliding. This has benefited us in growth among students and young workers.

What is the situation of Mexican youth regarding education, study and jobs?

For the youth of our country and in general for the youth of the world, capitalism has been preparing a totally unfriendlyÂ  terrain for us. Every day we see drastically fewer possibilities to study or to get a decent job, that is, if we ever get a decent job. We pay high school fees in exchange for a precarious education, temporary jobs, lousy conditions, and poverty wages. These are the options placed before us by capital. Some data highlighting this is the unemployment rate, already high, which is double for those from 20 to 30 years old, or the rejection of 95% of the student candidates for public universities, etc.

Could you tell us about the daily struggle of the Communist Youth League in your country?

The work that our organization develops tries to get involved everywhere youth has presence. We have daily work among the young workers and unemployed, high school and university students. We have sessions in Marxist-Leninist study circles, agitate and organize more youth around their own demands. Right now, our organization finds itself in grasroots work, modest but militant. Our organization, less than a year after reorganization, reports significant advances in our presence in public universities. It has waged a big campaign against the backward labor law reform and in defense of the public university. It coordinated rallies at a national scale in remembrance of the October 2nd massacre [the October 2, 1968 mass slaying of university students in Mexico City by the goverment] ,etc.

What are your hopes for the future?

To get to our first Congress, and thereafter, to put ourselves in a place where our organization is a political force with enough strength to start to halt the onslaught of capital. As well, of fundamental importance is our collaboration with the CPM (Communist Party of Mexico), to lay the grounwork for a mass movement that includes not only youth of working class background, but a clearly revolutionary upsurge that would raise itself from a movement of purely spontaneous character and short-term perspectives, to become, instead, an anti-imperialist, anti-monopoly and anti-capitalist front in our country. 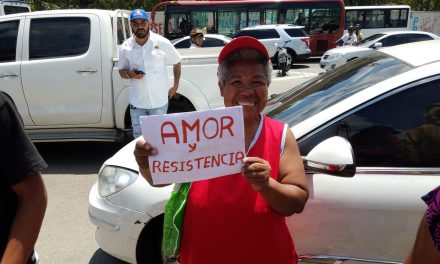