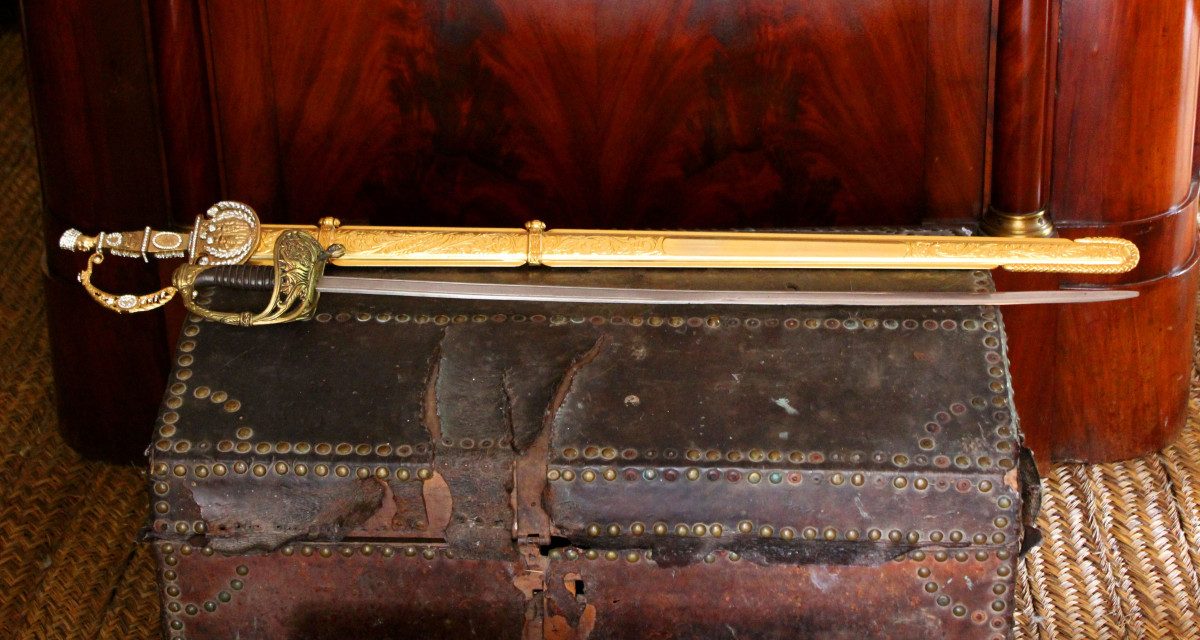 On August 7, 2022, Gustavo Petro and his running mate, Francia Márquez, were inaugurated as the President and Vice-President of the Republic of Colombia. This was one of the most historic events in Latin America for at least a century.

For the first time since the liberation of Colombia from Spain by Simón Bolívar, Colombia now had leaders who promised to radically transform Colombia, and with it, all of Latin America. I was fortunate enough to be present at the inauguration ceremony which was just as exciting as one could have hoped for.

As I was told by Colombians while in Bogotá, this was the first time in memory that throngs of people came to Plaza Bolívar to celebrate the inauguration of a new President and Vice-President.

This makes sense, for after all, this was an inauguration of progressive leaders following years of right-wing rulers like Álvaro Uribe, Juan Manuel Santos and Iván Duque, all of whom were closely tied and beholden to the paramilitary death squads.

It was Gustavo Petro, as Senator, who exposed the “paramilitary scandal” which involved numerous Colombian politicians at all levels. This included politicians embedded with the paramilitaries that haunted Colombia and killed popular leaders—leaders who threatened the oligarchs’ hold on economic and political power. Now, Petro and Márquez are taking charge to try to break the oligarch/paramilitary hold over their country.

It was an uncharacteristically sunny afternoon in usually-cloudy Bogotá, and this added to the already-festive atmosphere of the event.

The thousands of people who came to Plaza Bolívar were boisterous and cheered as Francia Márquez and then Gustavo Petro and his family entered the Plaza.

The crowd had a mind of its own, cheering the guests they liked, like the newly-elected President of Honduras, Xiamora Castro; the leftist President of Bolivia, Luis Arce Catacora; and the wife of Mexico’s progressive President, Andrés Manuel López Obrador (“AMLO”).

Meanwhile, they loudly booed the reactionary President of Ecuador, Guillermo Lasso, and then followed up the boos by chanting the last name of his left-wing predecessor, Rafael Correa.

Because the U.S. sent a low-level delegation headed by Samantha Power, the head of USAID, the U.S. delegation was not even announced from the podium and was not seated on the stage, and therefore, the crowd never got a chance to react to the guests from the U.S.

Quite symbolically, Spain sent its King—yes, Spain still has a King—instead of an elected official to represent the country at the inauguration. King Felipe VI would eventually be treated to a spectacle to which he reacted with great offense.

Gustavo Petro, the former M-19 guerrilla, was sworn in as President by the President of the Colombian Congress, Roy Barreras. And, to the great delight of the crowd, Petro was presented with the Presidential sash by María José Pizarro, the daughter of a former M-19 comrade who had been killed after being demobilized.

Petro then raised his fist in defiance to the crowd which reacted with resounding applause and with the chant, “No Mas Guerra!” (“No More War!”). Petro then swore in the new Vice-President and crowd favorite, Francia Márquez, an Afro-Colombian activist who started out as a domestic servant.

This was followed by a moving video presentation of photos taken by Colombia’s famous war photographer, Jesús Abad Colorado. The video was accompanied by the powerful singing of Afro-Colombian opera star, Betty Garces. By the end of the video presentation, there wasn’t a dry eye in the Plaza. The one notable part of the video which elicited happy applause from the audience was a photo of Manuel Marulanda, the founder of the FARC guerrillas

After a speech by Roy Barreras, Gustavo Petro took to the microphone and did something never been done before—he called for the sword of the Liberator, Simón Bolívar, to be brought to the stage. Petro stated, “This is an order of the President and popular mandate.”

This was an incredibly symbolic gesture by Petro. First of all, this demand was made in spite of the opposition, and indeed in defiance, of the Colombian military which will certainly stand as a great obstacle to Petro’s attempt to transform Colombia.

In addition, Petro himself has a personal history with this very sword. Back in the day, he and his comrades in the M-19 guerrillas had stolen the sword from the National Museum as a symbolic protest of the Colombian government and military’s repression.

They stated back then that they would return the sword when Colombia was truly free and liberated. In the end, they returned it short of this when they signed a peace agreement with the government that allowed Petro to become the politician who would eventually be President. Now, Petro was calling for the sword back, demonstrating that liberation was now at hand.

And, after an unprecedented break in the proceedings to allow for Petro’s order to be carried out, four guardsmen in formal red attire were seen on the video screen outside the Plaza slowly carrying the glass case with the sword of Bolívar towards the proceedings.

The crowd cheered and then went wild as the sword was carried onto the stage and set in the center next to Petro. Everyone stood for this procession with the exception
of King Felipe VI of Spain who remained seated to show his dismay at the sword, which had defeated Spain exactly 203 years before in the Independence Battle of Boyacá, being brought out as a symbol of this defeat. I can only speak for myself in saying that this was one of the most dramatic and moving political and historic events I have ever witnessed in my decades of travel.

Petro then gave his inauguration speech in which he set forth his ten-point plan for Colombia, and indeed for Latin America and the Caribbean. This plan, as he laid it out, is as follows:

1- Creating a true peace in Colombia and a new “Government of Life” to replace the current government of death;
2- Creating a “policy of care” for the elderly, children, people with disabilities and the most marginalized in society;
3- Creating a Ministry of Equality with Francia Márrquez as Minister to achieve gender parity in Colombia.
4- Dialoguing with everyone in Colombian society, “without exceptions or exclusions,” to unite the country and create a Great National Accord;
5- Governing the country by listening and being responsive to the Colombian people;
6- Defending Colombia from the violence which has haunted the nation for so many decades;
7- Fighting and having a “zero tolerance” for corruption;
8- Protecting the soil, subsoil, seas and rivers from environmental degradation and converting Colombia into a “world power of life.”
9- Developing national industry, the popular economy and the Colombian countryside while prioritizing peasant women, small entrepreneurs, farmers and artisans;
10- Complying with the Colombian Constitution, and especially Article 1, which states: “Colombia is a social State under the rule of law, organized as a unitary, decentralized Republic, with autonomy of its territorial entities, democratic, participatory and pluralistic, founded on respect for human dignity, on the work and solidarity of the people who make it up and on the prevalence of the general interest.”

I thought as I heard this plan being laid out how visionary this leader, Gustavo Petro, is as compared to the petty, divisive and mediocre politicians in my own country.

But I also thought how daunting this plan is; and how was it going to be carried out. Petro and Márquez will be opposed by the powerful Colombian military and it’s paramilitary allies, the entrenched right-wing political establishment and by the United States which fights tooth and nail to prevent Colombia–a NATO partner and the U.S.’s staunchest political and military ally in the region–from leaving its orbit of control

Petro and Márquez need and deserve our solidarity to ensure that they will succeed.

And if they do, not only Colombia, but the entire Hemisphere will be transformed. The U.S.’s last beachhead will become an independent and liberated nation, united with its Latin American neighbors, just as Simón Bolívar had intended.

-Daniel Kovalik graduated from Columbia University School of Law in 1993. He then served as in-house counsel for the United Steelworkers, AFL-CIO (USW) until 2019. He has written extensively on the issue of international human rights and U.S. foreign policy for the Huffington Post and Counterpunch and has lectured throughout the world on these subjects. He is the author of several books including The Plot To Overthrow Venezuela, How The US Is Orchestrating a Coup for Oil, which includes a Foreword by Oliver Stone. Daniel can be reached at dkovalik@outlook.com.

Featured image is from Dan Kovalik.

The original source of this article is CovertAction Magazine. 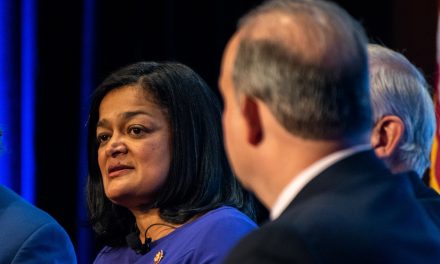