When a good Canadian friend announced that he had sent me a book which he strongly recommended, I inferred from its title, War Against the Weak, that it would be about Washington’s frequent aggressions against Third World countries, launched ever since the US became the only superpower in the planet after the Cold War.

But when I received it, I was surprised to see that the book was about another iniquitous battle which the United States had prepared since the onset of the 20th century and which it implemented between the 1930s and 1960s, with the purpose of creating a superior dominant race.

This American campaign,Â  still ignored by practically the whole world because of the media silence around it,Â  for obvious reasons served as the model for the holocaust against the Jewish population by Adolf Hitler’s German Nazism.

Institutions and celebrities in politics and economics that today pose as respectable champions of democracy and human rights were involved in this genocide. The book tells us that in the first six decades of the 2Oth century, hundreds of thousands of Americans labeled "feeble minded" because they did not fit the Teutonic patterns, were not allowed to reproduce.

Singled out in prisons, insane asylums and orphanages because of their ancestry, national origin, ethnic group, race or religion, they were sterilized without consent, prevented from procreation and marriage or separated from their partners by government bureaucratic means. This insidious "white glove" war was carried out by philanthropic organizations, prestigious professors, elite universities, rich entrepreneurs and high government officials. They joined together in a pseudoscientific movement called eugenics, whose purpose went far beyond racism, to the creation of a superior Nordic race at a global level.

The eugenics movement systematically built a national bureaucratic and juridical infrastructure to cleanse the US of the non fit. Intelligence tests, colloquially known as IQ tests, were created to justify the exclusion of the feeble-minded, who most frequently were just shy people, or had a different skin color, or spoke a foreign language. Compulsory sterilization laws were passed in 27 states to prevent those singled out from reproducing.

Marriage prohibitions multiplied to avoid race mixing. Many lawsuits whose real aim was to introduce eugenics and its tactics in common law reached the US Supreme Court.

The plan was to immediately sterilize 14 million people in the US, and several million more in other parts of the world with a further systematic eradication of the residual "feeble-minded" until only pure-race Nordic people remained in the Planet.

In fact, in the decade of the 30s, under coercion, around 60,000 North Americans were sterilized and an unknown number of marriages were prohibited by state laws steeped in racism, ethnic hatred and academic elitism, behind the mask of respectable science.

Eventually, eugenics, whose objectives were global, was spread all over Europe, Asia and Latin America by American evangelists until it formed a well-knit network of movements with similar practices which, through conferences, publications and other means, kept their promoters and leaders ready to jump at opportunities for the expansion of their ideas and purposes.

And so it was that it reached Germany, where Adolf Hitler and the Nazi movement became fascinated by it. German National Socialism transformed the American search for a superior Nordic race into what became Hitler’s quest for a dominant Aryan race.

The speed and fierceness of Nazi eugenics quickly displaced the American version. In his book, Edwin Black, born to a Polish Jewish mother, shows how the scientific rationale applied in Germany by murderous physicians at Auschwitz, had been conceived earlier in the eugenics laboratories of the Carnegie Institution, in its Cold Spring Harbor complex on Long Island, where the Nazi regime was enthusiastically promoted. The book also tells about the massive financial contribution offered by the Rockefeller, Carnegie and Harriman foundations to the German scientific bodies which started the eugenics experiments that would culminate in Auschwitz.

When the Nazi extermination of Jews was characterized as genocide at the Nuremberg trials, the American institutions involved in practices of eugenics renamed this as eugeneticsand continued their projects for another decade, sterilizing people and prohibiting "unwanted" marriages.

Edwin Black’s book, published by Thunder’s Mouth Press in 2003, is a gem of investigative journalism. In its 550 pages it allows the reader to see the parenthood and common features between the tragic story it tells and the policy that the American power elite applies today in its relations with the national minorities, the immigrants and the Third World. 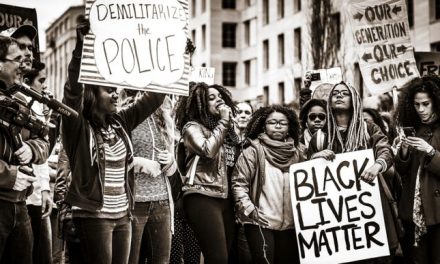