The Weird “Liberal” Obsession with Defending the Individual Mandate

HereÂs one of the clearest signs that much of the so-called ideology in Washington is tribal partisanship: take note how many ÂliberalsÂ rush to defend the individual mandate that forces people to buy private health insurance.

The latest acrobat is Adam Serwer from the America Prospect, making aÂ bizarre call for liberals to actively defend the individual mandate:
Asked about the constitutional basis for the individual mandate,Â some liberals mumble quietly about legal precedent before making the compelling policy argument that without the mandate, you canÂt preserve the private insurance market and ensure affordable universal coverage. As Attorney General Eric Holder and Kathleen Sebelius wrote in an op-ed on Tuesday, ÂImagine what would happen if everyone waited to buy car insurance until after they got in an accident. Premiums would skyrocket, coverage would be unaffordable, and responsible drivers would be priced out of the market.Â

This is not a compelling policy case because it is completely wrong as a matter of policy. There areÂ many possible alternatives to the individual mandate that would serve the same function, preventing individuals from Âgaming the systemÂ by not buying coverage until they get sick. A back premium payment system is just one option. As we see with Medicare Advantage it is even possible to ÂpreserveÂ a large private insurance market within effectively a single payer system.

Even if this was a priority Â which it is not Â why on Earth should liberals care at all that the individual mandate is the only way to Âpreserve the private insurance market?Â We can ensure affordable universal coverage more cost effectivelyÂ for more people through a Medicare-for-all program, the constitutionality of which is not in doubt. There is nothing progressive about needlessly preserving some wasteful private middle man who has a history of being a bad actor.

The myth that health insurance is special and unlike any other market
FromÂ Serwer:
Recognizing that the commerce clause gives the federal government authority to regulate health insurance doesnÂt mean that Steve Jobs is the only thing standing between America and the great Microsoft Zune Mandate of 2015. Health insurance is a specific type of product.

Without some kind of federal mechanism, you canÂt preserve the private insurance market and ensure affordable universal coverage. States that impose mandates will bear the costs of providing insurance for those that donÂt. This is why HudsonÂs argument that the commerce clause doesnÂt give the government the authority to regulate economic ÂinactivityÂ in this context rings hollow ÂÂ you canÂt actually choose not to participate in the health-insurance market, because deciding not to buy health insurance drastically affects everyone else.

While the framers may not have predicted the rise of a complex interstate health-insurance market, thatÂs no more an argument against the individual mandate than the failure to include thermal imaging devices in the Fourth Amendment. ÂThe FoundersÂ logic was that the enumerated powers are to map on to areas where you need a federal solution,Â Balkin says.Â ÂYou couldnÂt do this with cars, you couldnÂt do this with cell phones, you couldnÂt do this with Cuisinarts. [Health] insurance is special.Â Conservatives worried about a Âfood mandateÂ might remember that unlike health insurance, the price of food doesnÂt go up dramatically when someone waits until theyÂre starving to eat.

The claim that one canÂt choose not to participate in the health-insurance market is refuted by the new law itself, which provides an exemption from the mandate for Âexempt religious sect or division, as a member of a health care sharing ministry.Â Clearly the government is admitting there are groups of people that will choose not to take part in the health insurance market for religious reasons. It is perfectly possible to choose to not to buy insurance; while not recommended from a health perspective, this choice can be made.

ItÂs also bunk that health insurance is some how ÂspecialÂ because the number of people buying insurance effects the price for others. Like all other markets, health insurance is affected by supply and demand. Artificially increasing demand for any product through a government mandate will clearly affect prices for everyone else. If the government issued a mandate that everyone buy gold watches or limos, the price of these products would be affected dramatically. Since gold is limited it would likely significantly raise the price of such watches but in the case of limos due to economies of scale their price would fall over time.

Constitutionality doesnÂt mean good or necessary policy
The precedent ofÂ Wickard v. Filburn suggests the mandate is constitutional, but that doesnÂt mean it is good or necessary policy. Forcing individuals to pay money to poorly regulated private companies is morally disgusting. ThereÂs no reason to defend the policy, especially with inapt arguments Â even if one supports near-universal health care.

There areÂ other alternatives including better more progressive options like single payer.
Liberals need to stop reverting to a weird tribal defense of President Obama and his actions. They should be pushing for much better reform, not defending the current health care reform legislation. Defending bad policies which are fundamentally conservative using factually incorrect arguments undermines liberal ideology.

In hindsight, it is truly amazing how far Obama moved the Overton window to the right on health care reform. In appeals to fellow liberals, liberals are now arguing that the current health care reform legislationÂ is the only way to protect the large private health insurance companies,Â as if this were a great accomplishment. 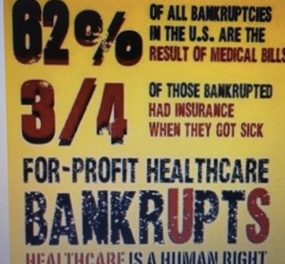 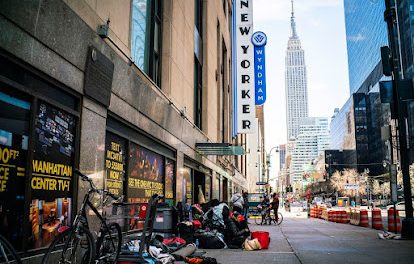