The World-Historical Significance of Paul Robeson 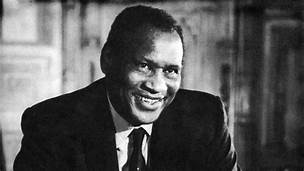 January 23, 2022 was the 46 year anniversary of the passing of athlete, artist, activist, and global intellectual Paul Robeson (1896-1976). The life and legacy of Robeson is of world-historical significance for struggles against exploitation and oppression. This applies not only to the past struggles through which he lived, but ongoing struggles for racial and economic justice in the 21st century. In this essay I highlight ways in which we—as educators, activists, and more—can draw inspiration from the life of Paul Robeson.

The activities and accomplishments of Robeson are too immense to document in this essay, and are available elsewhere—particularly his autobiographical manifesto, Here I Stand. Yes, he could speak and sing in more than 20 languages, was twice named an All-American college athlete, and studied law at Columbia while being recruited to play football in the NFL. But his significance as a force for working class internationalism persists, at least in-part, despite these accomplishments, not because of them. Despite the concerted effort to erase his legacy of college football at Rutgers, despite being blacklisted from the music/entertainment industry, and despite the illegal seizure of his passport by the US government—preventing him from traveling, speaking, and performing—he remained steadfast in his resistance to the ‘red scare’ tactics that permeated 20th century capitalist America.

In June 1956, Robeson was forced to appear in front of the US Congressional “House Committee on Un-American Activities” (HUAC), due to his alleged sympathies with socialist and communist political organizations. The bombastic committee members showered Robeson in racist vitriol, attacking him for taking a pro-independence stance in support of African liberation struggles against colonialism, and his travels to the USSR.

When queried on why he had such a deep interest in visiting the Soviet Union, Robeson replied: “I felt for the first time like a full human being. No color prejudice like in Mississippi, no color prejudice like in Washington. It was the first time I felt like a human being.” When Robeson asked the Chair of the committee—Democratic congressman Francis E. Walter—if he was “the author of all of the bills that are going to keep all kinds of decent people out of the country,” Walter replied “No, only your kind.” The anti-immigration, anti-Black, and anti-socialist tone of the HUAC was encapsulated in this exchange, among others.

In response to the HUAC interrogation, Robeson stood firm in his ethical commitment to Black liberation—and liberation for all oppressed people—while turning the tables on the US government, telling congress members that they were the ‘un-American’ ones. Directly addressing the HUAC members, he declared “you gentlemen belong with the Alien and Sedition Acts, and you are the nonpatriots, and you are the un-Americans, and you ought to be ashamed of yourselves.”

Robeson was a committed anti-fascist, traveling to Spain during the Civil War to show solidarity with the anti-Franco resistance. He quickly found good company with the Abraham Lincoln Brigade, composed of travelers from around the world who flocked to the region to fight fascism. This experience left him “filled with admiration and love” for this coalition of anti-fascists hailing dozens of countries around the world. When pressed by the HUAC on his possible ties to communists, he was resolute in his position: “wherever I have been in the world, Scandinavia, England, and many places, the first to die in the struggle against Fascism were the Communists and I laid many wreaths upon graves of Communists.”

Robeson made clear connections between Black liberation in the United States and movements for liberation in Africa. His theorizing on racism in the world-system was illustrated when he asked “can we oppose white supremacy in South Carolina and not oppose the same system in South Africa?” He followed up with the assertion that “the colonial peoples—the colored peopled of the world—are going to be free and equal no matter whose ‘best interests’ are in the way.” Robeson offered a blistering critique of the ideological underpinnings of colonial-capitalism, whereby politicians couched their lust for global hegemony under the banner of it being in the ‘best interest’ to ‘take it slow’ in the march towards Black liberation.

Sociologists in the United States have recently begun to reckon with past and ongoing erasure of contributions to the discipline made by Black intellectuals. This includes revisiting of the work of W. E. B. Du Bois by Aldon Morris, José Itzigsohn and Karida L. Brown, Michael Schwartz, and others. In addition, scholars like Zophia Edwards, Charisse Burden-Stelly, and Kristin Plys are re-centering voices of radical Black scholarship on colonialism, capitalism, racism, and capitalism—via a renewed interest in the work of Walter Rodney, Cedric Robinson, and others. Acknowledging the significance of Paul Robeson fits perfectly within these pursuits, and can enrich our theories and visions for anti-racist struggles during a time of global uprisings for Black liberation.

In W. E. B. Du Bois’ The Souls of Black Folk (1903) he theorizes how Black Americans living in a white supremacist society have “second-sight…[which] only lets him see himself through the revelation of the other world. It is a peculiar sensation, this double-consciousness, this sense of always looking at one’s self through the eyes of others, of measuring one’s soul by the tape of a world that looks on in amused contempt and pity.” Similarly, Robeson noted the following in his memoir: “from an early age I had come to accept and follow a certain protective tactic” that all Black Americans learned, in response to the “oppressing hand” of white supremacy. He observed that “even while demonstrating that he is really an equal…[he] must never appear to be challenging white superiority…always [seemingly needing to] act grateful…lest ‘they’ take it all away…[with] a fist to knock you down again.” Robeson’s sociological observations here (and elsewhere) are superb, and it is no surprise that Du Bois and Robeson shared a common commitment to anti-colonial, anti-racist, and pro-peace praxis.

Paul Robeson clearly understood the racial, economic, political, and ideological dynamics of the world-system. As such, he was aware of “those forces in world life which make for common interests and make real the concept of international brotherhood.” His radical acts of solidarity with the oppressed, paired with his superb sociological insight, can provide us new clarity and focus in our current political coordinates. We are in a moment of world-systemic crisis, and Paul Robeson is a figure of world-historical importance for us to remember.

-Jason C. Mueller is a Lecturer in the Department of Sociology at the University of California, Irvine. His ongoing research covers issues of global political economy, ideology, war, and political theory

Not a Word About Gentrification as Black Urban Population Declines 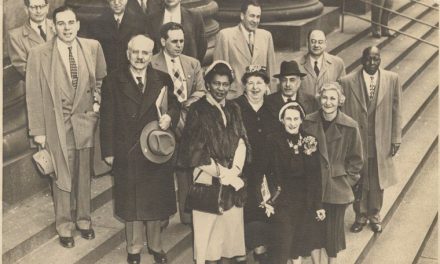