Speech of George Mavrikos, General Secretary of the WFTU in Copenhagen, Denmark.

The reactionary changes globally over the last 20 years and the temporary dominance of the forces of capital and reformism at the political and ideological levels revived old theories about the ÂindependenceÂ and the ÂneutralityÂ of the trade unions. These perceptions claim that the coordination of the struggle of the workers in a class-oriented direction limits this struggle, subordinates it to political priorities and traps it into paths that are not serving the interests of the working class of each respective country. Naturally, the forces of capital and their supporters in the reformist trade unions are not only satisfied by such perceptions, but promote them and maintain them as, supposedly, modern and progressive.

In no case are these theories new theories. They are old theories. Such theories were expressed in the interior of the WFTU, even from the first Congress in 1945 in Paris, when the representatives of some trade unions, in particular the British and the Dutch, demanded that WFTU remain neutral towards the issue of colonialism, using the fraudulent excuse that Âit is not a trade union issueÂ.

The confrontation was hard. The British and the Dutch were vehemently confronted by trade union leaders like the Indian S.A Dange, the Cuban Lazaro Pena, the Chinese Liu Chang Cheng, the Soviet Kuznetsov and others. After the vote, the resolution of the founding Congress of the WFTU says: Âit would have been an uncomplete victory if the people of the colonies and the territories of all the countries were deprived by their rights in self-determination and national independence.Â

At each historic turn and retreat, the trade union movement had to confront such voices that urged it to adjust to Âthe new realitiesÂ. Historical experience, however, proves that the great achievements of the trade unions and the working class have been accomplished when the trade unions were guided in their economic struggle by a clear orientation regarding the final objectives of the class struggle, when they strengthened their international proletarian coordination in opposition to the internationalized forces of capital and its agents in the trade union movement. The degeneration of trade union leaderships, such as the one of CGT France or CGIL Italy, who were once class-oriented and rooted in the factories and the working places, is a result of such a retreat from the historical lessons of the class struggle. And the problem is not the degeneration and bankruptcy of the trade union bureaucracy, but the illusions that it cultivated in the working masses, the disarming of honest militants, the orientation towards Âsocial partnershipÂ and Âclass conciliation and peaceÂ.

This is why several specific questions are worth answering once more.

a)Â  ÂIndependenceÂ and ÂneutralityÂ vis-a-vis the final goals of the struggle of the proletariat for the overthrow of capitalism and the abolition of the exploitation of human by human?

Although the trade unions can certainly not initiate such a revolutionary change, only through such a change will they accomplish their basic objective. The current full-frontal attack of capital against the achievements of the working class, its effort to exit from the economic crisis by shifting the burden on the workers, prove that any achievements and gains of the economic struggle can only be defensive, temporary and in danger of being reversed, if they are not linked to the broader class struggle for a different power which will work exclusively in favor of the working class and its allies.

Isolated from such a political struggle, the trade unions can only develop within the working masses an economistic consciousness, which is doomed to be subordinated to bourgeois ideology, as it aims only to improve the position of the working class within the framework of capitalism; as it exhausts the objectives of the working class only to the financial improvement, either of the salaries or of the pensions etc. Those are improvements that the governments can cancel at once e.g though the taxation of the working people. For this reason, the pioneer representatives of the working class, Marx and Engels, already in the middle of the 19th century, underlined the necessity for the workers to struggle not only against the consequences of the capitalist system, but, at the same time, against the system itself. They highlighted the role of the trade unions as Âan organized force for the overcoming of the system of wage labour and capitalÂ.

Historical experience itself has clearly shown that only where the economic struggle of the working class in the trade unions was harmoniously combined with the political struggle for power, in coordination with the respective revolutionary parties, was it possible to abolish the exploitation of human by human. Such a combination in the struggle, not only does not limit it, but it facilitates wider strata of the working class to overcome superstitions and illusions, to free themselves from bourgeois ideology, to help in the construction of a real United Front of the working class towards the promotion of its common interests. Such a unified movement cannot be built through artificial welding or high-level agreements, but only in a direction of revolutionary change of society.

b) ÂIndependenceÂ and ÂneutralityÂ vis-a-vis the proletariat of other countries and its class-oriented trade union organizations?

During the last two centuries, the needs of capital for more and more markets for its commodities pushed it to expand in all corners of the globe. ÂThe bourgeoisie has, through its exploitation of the world market, given a cosmopolitan character to production and consumption in every countryÂ (Communist Manifesto). The internationalization of capital, which has intensified and multiplied since then, in the era of the transnational monopolies and imperialism, has added new tasks and duties to the working class, aside from the old ones. The labour movement wrote in its flags, next to the slogan for the abolition of the exploitation, the slogan: Âproletarians of all countries, unite.Â

However, the internationalization of capitalÂs activities creates new necessities for an international coordination of the action of the working class to confront: the common global strategy of the capitalists against the workers (IMF, EU, World Bank, OECD etc.), the activity of the large monopoly groups in many countries globally, the intensified danger for armed conflicts and human sacrifices of the working class, due to rivalries between the different parts of capital.

Does this international coordination of the proletariat abolish the peculiarities and the particularities of the class struggle in each country?

The class-oriented trade union movement and its international organizations never underestimated the particular tasks that the uneven development of capitalism in the various countries forces upon them. However, they never feared to highlight the common principles and objectives that ought to be the background of each consistent class struggle and that determinately unify the interests and the action of the proletariat internationally.

In our days, the hypocrisy of all the opportunist forces in the trade union movement has been exposed. Look at the positions taken on the imperialist attack against Libya in 2011, when 135,000 people were killed. The leadership of ITUC, the trade union leaderships of CGT France, of CGIL Italy and others like the British TUC, the German DGB, trade unions from Netherlands, from Sweden, supported the imperialist war.Â  Why? Their main goal was for the bourgeoisie in their own country to win a bigger share from the plundering of the oil, the natural gas and other wealth-producing resources of Libya. From this plundering of the wealth of another People, the opportunists take a small share, through privileges or through their salaries.

See the position of the sold-out leadership of CCOO Spain in the crisis that took place on April 2012 between the two states of Argentina and Spain, when there was a threat for a military confrontation triggered by the ÂnationalizationÂ of the Spanish monopoly Repsol-YPF by the government of Argentina. This Spanish monopoly is stealing for 14 years the oil of Argentina. The CCOO agreed officially and in writing with the Spanish government, the capitalist owners of Repsol-YPF, with the European Commission and with all the other thieves involved! Why? Because it gains from the plundering of the natural resources and the exploitation of the working class of Argentina. Though salaries, though privileges, it gets a share of the loot.

In both the abovementioned examples, the hypocrisy of the opportunists who only in words talk about international solidarity and internationalism, while in reality they exploit the international proletariat, is obvious.

c) ÂNeutralityÂ of a class-oriented trade union towards the WFTU and the ITUC?

The necessity of struggle of the working class in each country against the power of capital itself (not only against its results) and the necessity of international coordination in the same direction make it clear that the above question must be answered in the negative. The position and the actions of ITUC and its basic organizations at the national level prove that they have nothing to do with the real defense of working class interests, even the immediate defensive ones, let alone the long-term ones.Â  So, no class-oriented trade union that respects its role and its mission, no true trade unionist who wants to remain part of his class, can be captured in such a fraudulent dilemma.

No one can claim that Âour union is.. independent and decides on its ownÂ. This means it decides on its own to be with the servants of the IMF and the World Bank? What do all these excuses mean? Whom do they convince? No one!

However, if we do assume that at some point some bureaucratic leaderships would move forward with such a process of artificial welding, it is for sure that the next moment, the process for a new international class-oriented organization would begin, because its existence is an objective necessity.

All these theories that come and go have as a central aim to justify the retreat, the compromises, the abandonment of the principles of the class struggle. They have as an aim to create excuses for the collaboration of trade union leaderships with the monopolies and their governments.

Finally, all these efforts aim to hide from the ordinary people the truth: that those trade union leaderships have lost any contact with the real interests of the working class and that, at the same time, they are dangerous for the working class of the other countries.
We have the duty to expose in the eyes of the workers those trade union leaderships and that political line. Until we drive away all those types of ÂleadersÂ from the trade unions, as Lenin was writing and underlining. 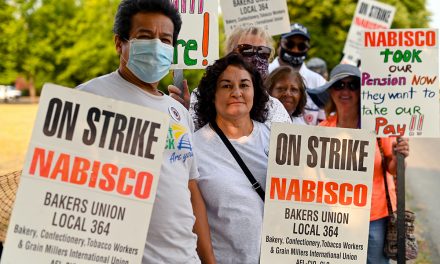 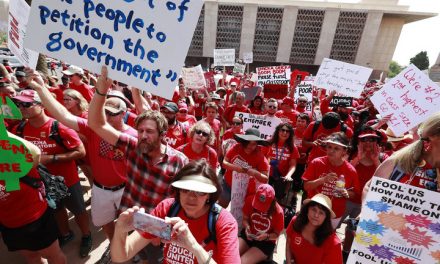