For more than four years now, we at Black Agenda Report have chronicled the self-silencing and growing irrelevance of black America and what calls itself "the left" in the age of Obama.

Black America has arrayed itself as a veritable wall around the First Black President. But it’s not a wall that protects him from racists or Wall Street predators or Pentagon warmongers.

The truth has always been that when we stifle our own tongues and circle the wagons trying to silence critics of the White House we only protect the president and his party from accountability to their supposed base: us.

Some African Americans and self-identified leftists relish their irrelevance so much they feel called to preach it.

Early this week Carl Davidson and Bill Fletcher published a 5,900 word screed at Alternet.Org with the clumsy and contradictory title The 2012 Elections Have Little To Do With Obama’s Record … Which Is Why We Are Voting For Him. 5,900 words is pretty long.

Out of respect for our readers’ precious time we here summarize its tired, recycled and profoundly un-original arguments in the order they were made, as 12 one-sentence bullet points. Some are repeated in whole or in part, because that’s what Davidson and Fletcher did, for who knows what reason.

1. The electoral system is pretty much broken.  Give the authors credit for this brilliant observation. From standards of who can vote varying from state to state and county to county, with the US Senate giving disproportionate representation to states with lower population, with the Supreme Court affirming that corporations are people who get to vote with their money, and electronic voting which makes it audits impossible, it’s hard to argue that US elections aren’t a rigged game.

Your votes and those you persuade and hustle count just the same, whether they are cast while holding your nose in a spirit of "critical support" or as a craven, tongue-wagging Al Sharpton-style bootlicker. And if the electoral processes are profoundly broken, what’s wrong with using the election to expose the difference between what people want and deserve and what’s actually being offered?

Why is it better to let a Democrat cut Medicare and social security and privatize public education just because the Democrat isn’t a white racist?

3.Â  Elections are about power, and the left not only has none, but possesses not even a plan to get any.  The power of elections is symbolic Â they symbolize the will of the people. Elections, even manifestly crooked ones, give a veneer of legitimacy to the "winners." And Fletcher & Davidson must be leftists themselves, because they don’t have power or a plan to get any either.

4.Â  The Republican right is racist, irrational and often militantly ignorant.  Wow. These guys don’t miss much, do they?

5.Â  The 2008 Obama campaign was "movement-like" and some kind of "mass revolt", while Obama was always "a corporate liberal." Many like Carl and Bill who supported him were "measured skeptics."  Back in 2008, Fletcher’s term for "measured skeptic" was "critical support." Being a "measured skeptic" is sort of like being only slightly pregnant. Unless you believe the slogan on their poster, the Obama campaign was never a "movement." It was an marketing campaign, and won Advertising Age’s 2008 award for the best brand of the year. Obama IS a "corporate liberal" but in the context of his campaign being a marketing effort masquerading as a movement, it’s more precise to call him that Â a brand, deliberately manufactured as objects to which folks can attach imaginary and desirable qualities like compassion, opposition to wars, and so on.

6.Â  Fletcher & Davidson credit Obama with taking the troops out of Iraq.  This is an outright lie, as more than a hundred thousand USÂfinanced mercenaries remain in Iraq indefinitely, and the Obama White House fought till the last minute to get its Iraqi client state to set aside the Status of Forces agreement negotiated under the Bush administration which required all official US forces to leave the country.

7.Â  The Republican right is attacking Obama cause they’re irrational, misogynist and racist and because he’s black.  Same as point number 4. Keen and savvy observers, Davidson and Fletcher are, to have noticed this.

8.Â  Fletcher and Davis say "this is not a referendum on the ‘America of Empire’", instead it’s one that pits "’the America of Popular Democracy’… the changing demographics of the US… against the forces of… far right irrationalism…" so Obama’s actual record is beside the point. This is almost too weak and shabby to poke fun at. If the discussion is about empire, Fletcher and Davidson can’t win.

The First Black President invaded and overthrew an African country, Libya, is launching daily drone strikes into the horn of Africa, possibly Mali, and certainly Pakistan and Yemen, and has carried out military adventures Bush and Cheney could only dream of doing without massive upheaval at home.

The notion that Obama, the president who coordinated military-style assaults against the occupy movement nationwide last year is on the side of "popular democracy" is also laughable. Obama supporters desperately need his actual record in office excluded from any discussion, or they know they cannot win.

9.Â  Davidson & Fletcher say that progressive forces are too weak "to supersede or bypass the electoral arena altogether," don’t have candidates that can "outshine" the two corporate parties, so voting for the lesser evil is a practical necessity. Such original insights.

Who knows what it means to "supersede… the electoral arena," or what it means for a lefty candidate to "outshine" those of the two parties? If the "shine" is a function of corporate media attention, that’s a done deal. Corporate media are key players in choosing the establishment candidates and building the narratives that say what the one-percenters want said and keep what they don’t want said off the table.

10.Â  The Republican right is trying to turn back the "demographic and political clock," which electing Obama presumably advances.  Davidson & Fletcher makes this "demographic" argument twice, so they must think it’s really important. We’re supposed to picture Repubs as foes of even arithmetic and the forward flow of time, which maybe they are. Can’t have that, can we?

11.Â  They say that this really important election is about defending ourselves from the Republican right. Ever notice how every darn election is the most important one yet? Or how every election is about defending us from the Republican right. None of them are about defending ourselves from the equally if not more dangerous Democratic right. More Democrats than Republicans in Congress voted for the Bush bailout of September 29. When it lost, Bush called in Barack off the campaign trail. Obama worked the phones and whipped Democratic votes into line so that the Black Caucus for instance, which voted 34 to 8 against the Wall Street bailout on September 29 endorsed it 32 to 10 on October 3. That Bush bailout was only for $3 trillion. Once in office, Barack, according to the Wall Street Journal and Bloomberg News, handed out $15 or 16 trillion more.

12. Fletcher and Davidson claim progressives will have more room to operate under Obama, so again, complaining about what the Obama administration has or hasn’t done is "of little help at this point."

Again, they cannot win discussions about Obama’s actual four year record, so Obama supporters have to either lie about that record or rule such discussions off the table.  As for the notion that progressives have more "room to maneuver and organize" under a Democrat than under Republicans, the last four years should disabuse us of that.

Carl’s and Bill’s nonsense about supporting "the America of Popular Democracy" by organizing independently on the ground while supporting Obama and presumably Congressional Dems as well didn’t pass the smell test four years ago and stinks even worse today.

To cite just one glaring example, in just about every state in the union there are pro-privatization, anti-teacher, anti-public education referendums, often binding or tied to state constitutional amendments on the November 2012 ballot that will enable the proliferation of charter schools despite the wishes of local communities.

These are not abstract questions Â they have immediate and far-reaching local and national implications for public education, for the cause of privatization, for the stabilization of communities and much else. The Obama administration, and usually Republicans as well as corporate Democrats on the ground are aggressive supporters of this stuff.

Bill and Carl would have us organize to defend public education, at the same time that we get out the vote for a president and Democrats down the ticket to state legislators, county boards and city halls leading the attacks against teachers and public schools.

You could make similar arguments that support for Obama actively directly undermines, subverts and contradicts local organizing against nuclear power, which Obama is a big fan of, or reining in the telecoms, or opposing wars in Asia and Africa, or standing up for the rights of prisoners or Palestinians or the immigrants who Obama has deported in record-breaking numbers, or the work to keep homeowners in their homes.

How do Bill and Carl expect people on the ground to further any of this work while they make excuses for Obama who directly opposes them on all these fronts and more?

In the end, Fletcher and Davidson are just saying the Republicans are racists and white supremacists, so we’re obligated to circle the wagons around Obama, and this simply trumps everything else. Some of us don’t really buy this.

Economist Michael Hudson a couple years ago opined that the duty of corporate politicians is to deliver their voting constituencies to their campaign contributors, and this was why Republicans and Democrats sounded different when campaigning but governed in substantially the same way.

The only good thing about Fletcher and Davidson’s piece is that they didn’t call names, like esteemed elder Amiri Baraka did when he said blacks who didn’t support Obama four years ago were "rascals", or like cranky old Ishmael Reed when Jared Ball waved a microphone near him a little while back.

So apart from calling them old and tired, which some of us here at Black Agenda Report confess to as well, we won’t play the dozens here. But their excuses for supporting Obama are shallow, specious and profoundly un-original, the essence of lesser-evilism and tailing behind Democrats.

They ought to, and might well be, ashamed to have to make them. 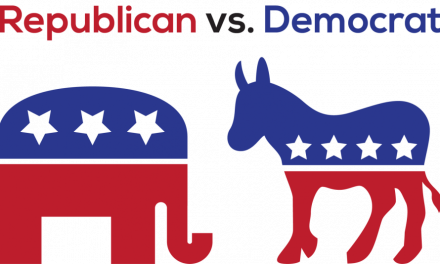