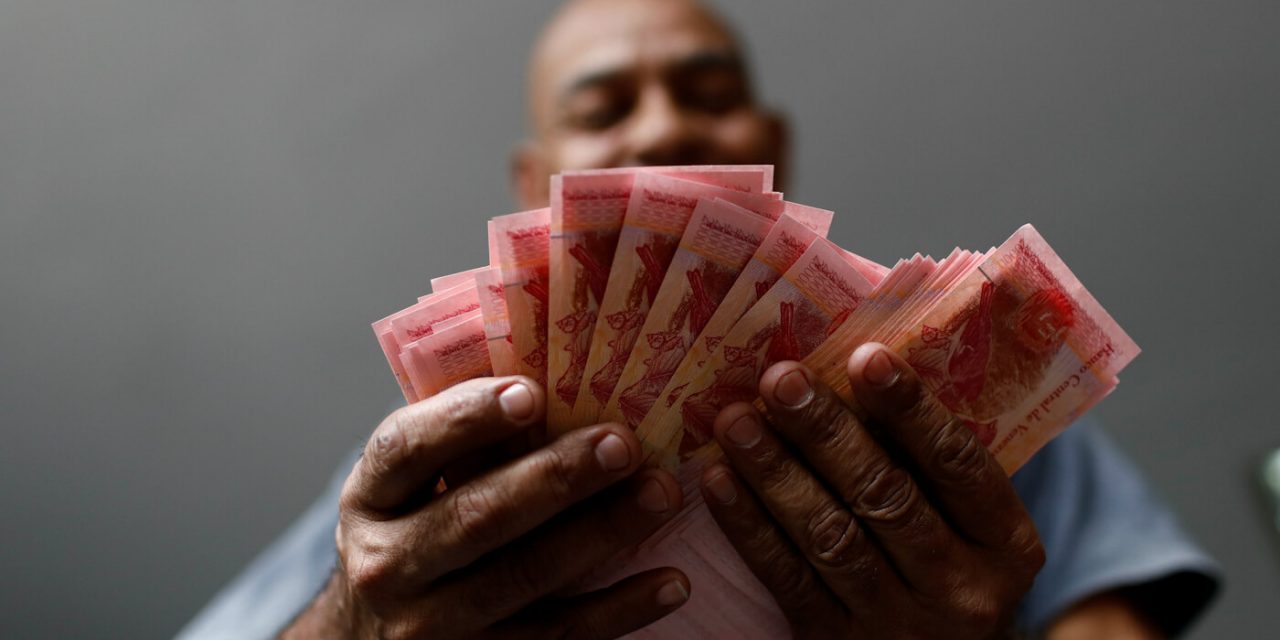 Of all the reasons to plot an elaborate and risky coup, there’s one reason that always stands out: profit. Money makes the world go around and in far more ways than we might think. Here are the top five special interest groups and institutions that seek to benefit from the U.S. backed coup in Venezuela.

Number 1: The International Monetary Fund (IMF), which wants to saddle the Venezuelan people with enormous debt to the IMF

The trojan horse for the return of neoliberalism in Venezuela, Juan Guaidó, stated that he’s going to borrow money from the IMF to fund his government, which would make all Venezuelans indebted to this predatory institution. Guaidó spends the money, the poor and working people work to pay taxes that pay off the principal and the interest.

The IMF was created in New Hampshire in 1945 to internationalize and standardize capitalism and its rules in an increasingly globalized and U.S.-dominated world.

Its primary function is acting as an international lender-of-last-resort to indebted countries. IMF member states decide which countries will receive loans, but the member states with the largest say are the ones that own the largest share of the IMF’s funds, which have always been the United States and its allies.

This is why the IMF’s standard “structural adjustment program” is based on the so-called Washington Consensus, a set of 10 economic policies entirely concocted by U.S. think tanks, the IMF, the World Bank and the Treasury Department. The Washington Consensus is as follows:

In exchange for a loan, often with a high-interest rate that many would call predatory, the IMF overhauls the protective and redistributive policies of a country for neoliberal policies, making the target country ripe for finance capital investment and profit-making.

Number 2: The Oil Industry, out to control the oil reserves
There’s little doubt that the oil industry is pushing the U.S. to overthrow the Maduro government, especially when National Security Advisor John Bolton openly states this on national television.

Bolton was himself once part of the oil industry, serving as the director of Diamond Offshore Drilling, Inc. in 2007. He’s no stranger to advocating for the interests of the fossil-fuel industry.

Venezuela has the world’s largest oil reserves by far and Washington won’t let that wealth go unexploited, or worse, be shared among its enemies like the Maduro government, Russia, China, or Iran.

And with so many politicians, Republican and Democratic, bought off by industry players — companies like ExxonMobil, Koch Industries, and Chevron — it’s impossible to imagine anyone in Washington successfully advocating for Venezuela maintaining ownership over its own sovereign natural resources.

Number 3: The Military-Industrial Complex, working for  military dominance and to arm another U.S. puppet
One of the most bizarre things about America is that we’ve created one of the world’s largest private industries … around arms dealing. And like any industry, whether it be JDAM bombs or beef, private businesses often resort to lobbying Congress to squeeze political favors out of the government in the form of subsidies — or in the case of the military industrial complex, a foreign policy of endless war, one based on elusive ideas like combating terrorism or defending democracy.

You can see that wherever the U.S. goes, expensive construction projects follow. Behind every multi-billion dollar base construction, some private contractor is there reaping the profits.

Once our military presence is firmly established, the weapons sales begin. And we all know no U.S. ally or puppet state is complete without a full fleet of Lockheed Martin F-16s — then they’ll be able to fend off all of those pesky leftist rebels with freedom missiles.

With Venezuela’s neighbors, Colombia and Brazil, growing closer to NATO and accepting U.S. military presence in their countries, we can only assume Venezuela is Washington’s next target.

As the strategic approach of regime change evolves, new industries arise to meet these needs.

Number 4: “Humanitarian” NGOs to create and implement the alibi
Privately owned NGOs dedicated to human rights and promoting “American style” democracy have played a much larger role in regime-change operations in recent years. They serve as soft-power institutions that attempt to subtly sway a population against its own government through propaganda laced with words like freedom, democracy, and human rights.

These NGOs are given the full blessing of the U.S. government and the two often work in tandem. Don’t believe me? Take it from former CIA case officer Phillip Agee.

The US Agency for International Development’s (USAID) regime-change arm, the National Endowment for Democracy (NED), funded opposition groups in Nicaragua, Venezuela (during the 2002 coup), Haiti, Ukraine, and most recently China and North Korea. And whenever U.S. foreign policy sets its sights on a certain target, private industries usually develop to help meet that goal as well as make a quick buck along the way.

For example, Thor Halvorssen — the first cousin of Leopoldo Lopez, the founder of Juan Guaidó’s party, Popular Will — calls himself a human-rights activist. He founded the notorious Human Rights Foundation (HRF) and makes a living giving speeches and TV appearances talking about why the governments of Venezuela or North Korea are not legitimate and need to be overthrown.

The crisis in Venezuela has been a huge gift for people like Halvorssen, who use the U.S.’s war on Venezuela to promote themselves and their organizations.

Number 5: Think Tanks selling reports that tell the MIC what it wants to hear
Like NGOs, think tanks also play an important role in giving regime change a sense of legitimacy — in their case, intellectual legitimacy. Think tanks rely on donations to operate and many find willing donors among the capitalist class. These fat cats pay for fancy looking reports meant to justify their desired goal, the de-legitimization of socialist governments and the legitimization of coup governments that uphold the Washington Consensus.

The Cato Institute has been deeply involved in overthrowing the Venezuelan government. In 2008, Cato awarded Venezuelan opposition leader, Yon Goicoechea, the Milton Friedman Prize for Advancing Liberty and $500,000 for his role in disrupting a constitutional referendum in Venezuela. That money was used to finance the political rise of Juan Guaidó, and his clique known as Generation 2007.

These seemingly independent research groups have intimate networks that they leverage to amplify the message their donors have given them. Here’s an article in the Washington Post written by a fellow at the American Enterprise Institute saying the U.S.’s failure to intervene in Venezuela has caused the Maduro government to destabilize the region.

Whether it was the bank bailouts following the 2008 crisis, or the lack of action on climate disaster, in America it seems the government always puts the interests of the rich ahead of the poor and working class, and the situation in Venezuela is no exception.

As the U.S. continues to attack the Maduro government, keep these special interests in mind. Think about who gets rich off of the regime-change agenda. It’s the same people that said we had to invade Iraq in order to prevent nuclear apocalypse. It’s the same people who said the world would stop turning on its axis if we didn’t carpet bomb Libya and Syria.

Now they’re trying to get us to support war in Venezuela. You won’t be any freer or more prosperous after the Maduro government is toppled. It’s just war propaganda.

Kei Pritsker is a journalist and activist located in Washington DC.

A MintPress News and Grayzone collaboration 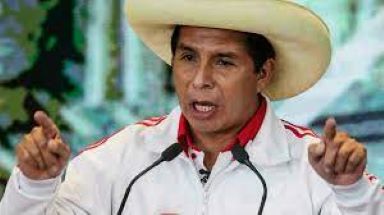