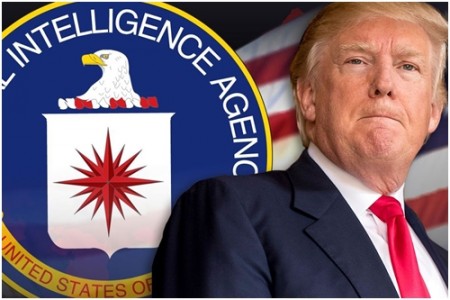 It’s not like Donald Trump to “stifle” himself, as TV’s Archie Bunker used to say, but the president has been relatively subdued about his decision, reportedly made last month, to terminate the CIA program that has armed, trained, directed and protected jihadist fighters in Syria. Trump’s uncharacteristic reticence on the matter is understandable, given the agency’s homicidal culture and history.

It is also likely that Trump’s gaggle of White House generals, led by Secretary of Defense James “Mad Dog” Mattis and national security advisor H.R. McMaster, have kept the Pentagon in check, preventing a reprise of the mutiny that sabotaged President Obama’s cease-fire and intelligence-sharing agreement with Russian forces in Syria, on September 17 of last year. In a blatant rebellion against civilian authority, U.S. warplanes killed 100 Syrian soldiers at Deir Ez-Zor, allowing ISIS to overrun half the city.

The next week, with Secretary of Defense Ash Carter at his side, Joint Chiefs of Staff chairman Gen. Joseph Dunford told the Senate Armed Services Committee, “The U.S. military role will not include intelligence sharing with the Russians.” The Pentagon had “punked” lame duck President Barack Obama and his secretary of state, John Kerry.

Donald Trump took note, and surrounded himself with generals before setting foot in the White House, perhaps to shield his presidency from falling prey to its own “Seven Days In May”-type scenario. Or, maybe Trump the Bully just likes the company of other crude and stupid men.

At any rate, Trump this summer defied the War Party and its corporate media mouthpieces, negotiating a cease-fire with the Russians in several regions of Syria, to be followed by additional truces, and ending the CIA’s not-so-covert role as Grandmaster of Islamic Jihad. It seemed…unreal.

Peace-loving people around the world held their breath, waiting for the War Party’s revenge. Trump seemed to hold his breath — and his tongue — too, playing down the cease-fire arrangement, even as French President Emanuel Macron stood at his side in Paris, July 13, telling the press: “No matter who they are, we want to build an inclusive and sustainable political solution. Against that background, I do not require Assad’s departure. This is no longer a prerequisite for France to work on that, because I can only tell you that, for seven years, we did not have an embassy in Damascus, and still we have no solution.”

Trump was remarkably low-key in Paris: “We are working on a second ceasefire in a very rough part of Syria,” he said. “If we get that and a few more, all of a sudden, you’re going to have no bullets firing in Syria, and that is a wonderful thing.”

Back in late March, the Trump administration had signaled its abandonment of regime change, with both UN Ambassador Nikki Haley and Secretary of State Rex Tillerson indicating that Syrian President Assad’s ouster was no longer a priority for the United States. But, within a week, Trump was hurling Tomahawk missiles at a Syrian airbase, purportedly in retaliation for a chemical weapons incident that only a fool or a U.S. corporate media hack would blame on Syria.

Then, two months later, on June 26, in a bizarre episode even for Trump, the administration charged the Syria military with preparing to launch another chemical weapons attack, for which the Assad government would “pay a heavy price.” Strangely, the White House seemed to have failed to notify either the Pentagon or the State Department about the Syria threat, or the proposed retaliation.

Stranger still, Trump issued his weaponized rant during the same period when his administration must have been deeply engaged in negotiations on a cease-fire with the Russians. We at Black Agenda Report wondered whether Trump had gone “play-crazy” – “acting like an unpredictable maniac in order to terrorize the Russians into forcing some kind of dramatic concessions from their Syrian allies, or risk Armageddon.”

Or, maybe the outburst was prompted by an aborted attempt to scuttle the talks with the Russians. Or, maybe Trump just had to shout the demons out of his system. Who knows?

The demons at the Washington Post and the New York Times have only one explanation for all earthly phenomena, including the termination of the CIA’s jihadist overseer duties in Syria: Trump is “colluding” with the Russians. The Times moaned that “the decision is bound to be welcomed by the Russians.” The WP whined that “the Russian government had long opposed the program, seeing it as an assault on its interests.”

Neither paper is concerned that the CIA project violates international laws against unprovoked attacks on sovereign nations, as well as U.S. laws against giving material assistance to al Qaida, a prime beneficiary of CIA weapons, or that half a million Syrians have died, as a result.

Despite his apparent vow of semi-silence on the CIA front, Trump could not resist a Twitter retort. “The Amazon Washington Post fabricated the facts on my ending massive, dangerous, and wasteful payments to Syrian rebels fighting Assad,” he wrote, effectively declassifying the now-defunct (are we sure?) CIA terror campaign.

Donald Trump has taken the strangest, messiest, “play-crazy” (or just plain crazy) route imaginable towards fulfilling his campaign pledge to curtail Washington’s urge to regime change, and to ease tensions with Russia. His presidency has been six months of pain and confusion.

But, if Hillary Clinton had been elected, we might all be dead. 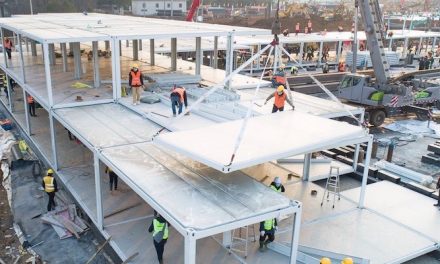