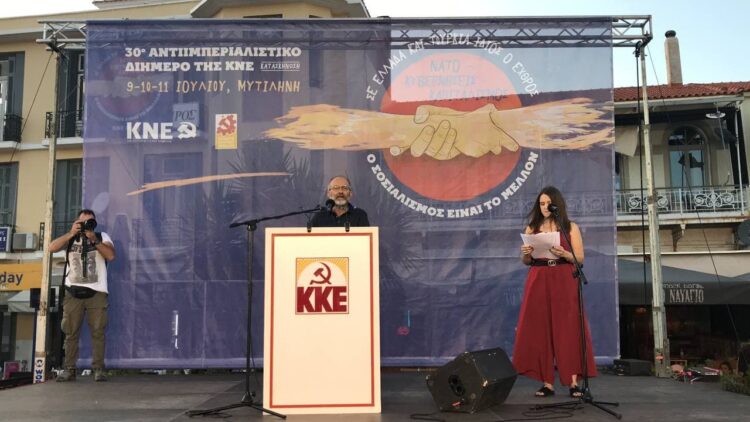 Remarks, Kemal Okuyan, General Secretary Communist Party of Turkey to the Anti-Imperialist Camp of the Communist Youth of Greece.

We flew over the blue waters of the Aegean Sea to embrace dear friends in struggle, our comrades. Those blue waters are the bridge of friendship for us, the melody of fellowship, and the waves create the voice of freedom.

As they strive to separate and sow discord among the workers of the two countries, it is the communists of Greece and Turkey who come together and draw strength from each other.

This irrational system called capitalism has left humanity helpless in the face of a pandemic for these 1.5 years. On top of that, the capitalists have used the pandemic to launch a new attack on the working class and the poor masses. So much so that we communists do not even have to explain the foolishness of capitalism and how cruel and immoral the bourgeois class is. Nevertheless, the bare truth is there, and it compels us to do what is  necessary.

What unites KKE and TKP is not only geographical proximity. KKE and TKP are united by the idea of revolution, by the notion that a revolution is an actual option, and by the unshakable determination to stress that the socialist revolution is a duty that cannot be delayed.

For many decades, the fight for socialism was tried to be postponed by revisionists and conformists, arguing “now is not the time,” and right now we say socialism must replace capitalism, which has lost all cogency and has given humanity nothing but poverty, hunger, unemployment and war.

The hurdle in this march is neither high-tech war machines nor the increasingly strengthening tools of oppression in the form of police or otherwise. Instead, the main hurdle in our march towards socialism is the fact that they keep telling the people that socialism is an improbable project and that, most, unfortunately, millions of people still believe this lie.

We must also face the fact that there were communists who helped to spread this lie in the past. The idea that the dictatorship of capital can be reformed instead of being overthrown or that peace or democracy can be achieved under capitalism is a great illusion that can be adopted by some communist parties from time to time.

The Communist Party of Turkey is mobilizing all its energy and resources for the working class to take political power in Turkey. This struggle is difficult, and success will not come immediately. However, we march on with complete dedication, not  postponing the objective of a socialist revolution to an indefinite future; we march on without stipulating amorphous “stages” before it, and comrades, rest assured that we are making progress.

The TKP continues to strengthen and expand its organizational and political presence, despite the left of the establishment, false solutions, populism, and numerous variants of social democracy. We study our lesson well and meticulously use Marxism-Leninism in the most effective and productive way.

The distance covered by the Communist Party of Greece in this direction is extremely valuable to us. Our relations, which have deepened in recent years, provide an excellent opportunity for our people in the face of the coming storm. We will be patient but swift, principled but creative, careful but steeled, and we will unite our hearts with our minds.

And we will surely win. On the glory days of our red flag, our youth will dance Zeybek and Sirtaki, and we will establish an entirely new life. 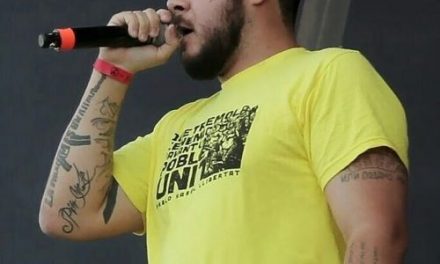