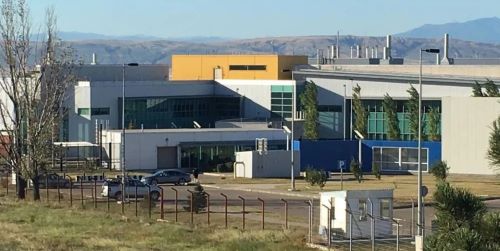 War in Ukraine turns people’s lives and affairs upside down. Dirty laundry, previously hidden, is on display. A Russian communication March 6 mentions “evidence of an emergency clean-up performed by the Kiev regime was found – aimed at eradicating traces of the military-biological program in Ukraine, financed by @DeptofDefense.”

White House press secretary Jen Psaki responded, saying that that the United States “does not develop or possess such weapons anywhere.” Undersecretary of State Victoria Nuland indicated “Ukraine has biological research facilities …[and] so we are working with the Ukrainians [to] prevent any of those research materials from falling into the hands of Russian forces.”

The Bulletin of Atomic Scientists reported that, as of February 25, “a network of US-linked labs [existed] in Ukraine that work with dangerous pathogens.” Those 26 such facilities are “public and animal health labs.”

The gist of the Chinese and Russian communications is their claim that the U.S. Government is doing biowarfare. In that regard, the “Richard Lugar Center for Public Health Research” in Tbilisi, Georgia, looms large. The U.S. Defense Department’s Defense Threat Reduction Agency (DTRA) paid for the Center’s construction and for its operation, between 2011 and 2018.

Bulgarian investigative journalist Dilyana Gaytandzhieva produced a report in 2018 alleging the Center had bioweapons capabilities. She claimed that most of the Center’s staff were U.S. citizens enjoying diplomatic immunity and that at least three U.S. companies were doing bio-weapons research there. She indicates elsewhere that biologic specimens arrive by diplomatic pouch.

Gaytandzhieva’s extraordinarily detailed report displays dozens of official U.S. documents and graphics. She points out that DTRA-funded private companies carry out bio-weapons research and testing in laboratories and facilities located in Georgia, Ukraine, in the Middle East, South East Asia, Africa, and at Fort Detrick, Maryland, and the Dugway Proving Ground in Utah. U.S. government apologists have dismissed the report as Russian-inspired propaganda.

The distinction between offense and defensive preparations has ostensibly been clear as regards Fort Detrick. A “biological weapons program” existed there until 1969, when, as ordered by President Richard Nixon, it became a “biological defense program.” Apparently, no such official demarcation between offensive and defensive purposes has been applied to similar U.S. research installations elsewhere in the world.

One of the U.S. bio-laboratories abroad is Battelle Corporation, “a $59 million subcontractor at Lugar Center,” that, according to Gaytandzhieva, operates laboratories in eight countries across the globe and, as of 2018 “has been awarded some $2 billion [in] federal contracts” and ranks 23rd among US government contractors.

As of that year, the Southern Research Institute, Black & Veatch, and Metabiota company were operating one or more of the 11 Defense Department-funded bio-laboratories in Ukraine. In a report published in January, 2022, Gaytandzhieva mentions the “US Federal contracts registry” as documenting that “DTRA allocated $80 million [to Black & Veatch company] for biological research in Ukraine as of 30 July 2020.”

She charges that the contractor did more than merely fund the labs – as suggested by Victoria Nuland – but instead has been responsible for their day-to-day operation. Cited as evidence are “internal documents” showing that “independent experts were denied even a visit” to the laboratories.

Ominously, scientists funded by the Defense Department have developed a new way of transmitting viruses to plants. According to a Science magazine article in 2018, the Defense Department initiated a program named “Insect Allies” in 2017 and would continue it for four years. Biting insects are being studied at the Luger Center in Georgia and presumably in other laboratories included in the multi-national U.S. bio-weapons network, such as those in Ukraine.

The scientists have arranged for genetically-modified viruses to infect insects that then go on to transmit the fixed-up viruses to plants where they alter the plants’ properties.  Critics, mainly in Europe, doubt the peaceful purposes of the new methodology.  They fear that the technique of “lab-modified self-spreading viruses” may ultimately be used to harm humans and animals.

Commentary from the Max-Planck Institute in Germany interprets the Science magazine article this way: “[T]he findings of the Insect Allies Program could be more easily used for biological warfare than for routine agricultural use.” It cites a legal opinion saying that, “The Insect Allies Program could be seen to violate the Biological Weapons Convention” (BWC),” which took effect in 1975.

The information assembled here pertains to the accusation put forth by the Russians that the U.S. government is operating a “military-biological program” with, implicitly, offensive capabilities. U.S. officials have offered nothing that absolutely rejects the claim.

There is one aspect of the relevant biologic research that moves the narrative from suggestion to possibility. That’s because bio-medical and bio-industrial products are developed for both peaceful and war-making uses and because some military products are readily repurposed from defensive to offensive use.

At issue is a merging of purposes. A representative statement from officials in The Netherlands in 2013 makes the point:

On the one hand, many pathogenic organisms are very important to research and development in the fields of medicine, biology and agriculture. However, some of these organisms can also be used to develop biological weapons that may pose a threat to public health and the environment. The term ‘dual-use research’ can be extended … ‘Dual-use research of concern’ is the type of research that could be misused directly and whereby such misuse would have major consequences.

And from the Nuffield Council on Bioethics, November, 2015:

[The] Biological Weapons Convention, prohibits the development, production and stockpiling of biological weapons, but does not prevent states conducting research activities for peaceful and defensive purposes. However, distinguishing between permitted and prohibited activities is difficult at the level of basic biological research where the same techniques used to gain insight and understanding about fundamental life processes for the benefit of human health and welfare may also be used for the development of biological warfare agents.

While the purposes of this kind of biological research may be ambiguous, our conclusion here is less so. Specifically, it’s quite possible that the U.S. government actually has been preparing for offensive biowarfare capabilities in Ukraine, and elsewhere.

In the absence of study and inspection tours by impartial international experts, U.S. government apologists would have difficulties, it seems, in arguing otherwise, burdened as they are by the weight of a grim historical record. Indeed, from a subjective point of view, the idea of possibility becomes a matter of probability.

The U.S. government only too easily has accepted that masses of humans are going to suffer and die. We recall:

·        The nuclear bombing of Hiroshima and Nagasaki and the conventional bombing of Dresden that sickened and killed hundreds of thousands.

·        Pursuit of wars, in Korea and Vietnam, in which millions died, plus wars and occupation in Iraq and Afghanistan that took the lives of hundreds of thousands.

·        Complicity in massacres in Indonesia and Latin America.

·        Institution of economic sanctions that killed or incapacitated hundreds of thousands in Iraq, Cuba and Venezuela.

·        Support for repressive regimes like apartheid South Africa and Saudi Arabia that killed and maimed.