Understanding the Crisis, and Putting the System on Trial (Parts 2 & 3 )

The first part of this article was published in the October issue of Socialist Voice. These are the two concluding parts.

The general crisis of capitalism (GCC) is often misrepresented or misunderstood as meaning thatÂ  the socialist world was on the brink of victory over capitalism and that consequently, since the victory of the counter-revolution in some socialist countries, the theory is no longer relevant or valid. Indeed many of the critiques of the general crisis of capitalism suggest that since socialism (or Âstate capitalism,Â as they call it) was abolished, this disproves the GCC theory.

Certainly, theorists in the Soviet Union emphasised the interrelated internal contradictions of capitalism and the development and growing support for socialism globally a number of decades ago.

However, the general crisis categorisation is fundamentally based on an analysis of the internal contradictions within monopoly capitalism, and therefore, if these contradictions still exist (which I believe recent articles in Socialist Voice have shown they do), it remains as valid today as when it was first suggested, although as time has passed and circumstances have developed and changed, certain features of the general crisis theory will need to reflect the changed reality.

As the Communist philosopher Hans Heinz Holz put it, theÂ  general crisis of capitalism is a historical categorisation of the system in its late phase, when the internal contradictions can no longer be kept in check. Where previously the development of productive forces within the system managed to keep these contradictions under control, now in its highly monopolised stage it exposes humanity to them to the point of threatening the conditions of existence for humanity.

Capitalism, in its late and fully developed monopoly stage, cannot permanently absorb or control its contradictions and conflicts and so passes them on, brutally, to ordinary people. Whether it is war, unemployment, environmental catastrophe, or Âausterity,Â they must all be seen in the context of the limitations of the system and the generalised nature of the crisis within the system.

Each cyclical crisis brings a renewed assault on the people. The system cannot absorb the downturn and then recover: it must now pass that crisis on to society.

To maximise profits, companies increase the exploitation of labour and invest in increased technology; but this has the negative effect of ultimately reducing the rate of profit, as an increased share of capital is invested in technology and not in human labour Â the source of surplus value.

With capital increasingly monopolised, companies buy out their failing competitors cheaply, which temporarily restores profit but ultimately increases monopolisation and exacerbates overproduction and the concentration of capital and power.

It is general in the sense that it permeates society in many ways. Democracy is attacked and hollowed out. Increasingly, capital must resort to authoritarian or ÂtechnocraticÂ forms of management. both to control dissent and to try to control the system so as to secure profit-creating opportunities. The state is increasingly used to transfer wealth to the rich through taxes and subsidies and ensure profit-creating opportunities through privatisation and state contracts.

…we must therefore steer clear of the idea that the general crisis of capitalism is to be defined by the correlation to the socialist system. The determining haracteristics of the crisis must be sought in the essence of the capitalist social processes andÂin the final analysisÂin the sharpening of the basic contradictions of capitalism, between capital and labour.

. . . If a system is no longer able to function according to its own structural laws, and instead has to have conflicting functional elements fitted into it, then it is clearly unstableÂand it keeps the appearance of stability only by immediately creating new contradictions . . . However in the final analysis it maintains itself always only by shifting onto the weaker members of society the costs caused by the balance of the contradictions . . .

The coercive nature of the state in protecting wealth is increasingly clear. Health services cannot provide even basic health care. Monopoly corporations deny drugs to millions globally and permit people to die from curable diseases. Farmers are paid subsidies for not growing food, while millions starve. Unemployment is constant and grows globally. Culture is increasingly commodified and reduced to the vulgar sale of sex. Sport is increasingly a business and operates as part of the accumulation system, with the result that cheating is endemic, and tolerated.

About the same time that the theory of the general crisis of capitalism was beingÂ  developed by the Communist movement, and monopoly contradictions after the First World War era developing towards the Great Depression and fascism, a Soviet economist, Nikolai Kondratyev, researched and put forward an analysis of the cycles of capitalism that saw new contradictions emerge following the "resolution" of the preceding crisis and that developed in the next one.

Every new phase of the cycle is predetermined with the accumulation of actors of the preceding phase, and every new cycle is following the preceding ones naturally as one phase of each cycle after another.

However, it has to be understood that every new cycle emerges in new particular historical conditions, at a new level of development of productive forces, and therefore is not a simple reiteration of the preceding cycle.

Kondratyev saw the capitalist economic cycleÂ  as containing a period of expansion culminating in a peak,
followed by a recession, a stagnant plateau, and then a secondary recession or depression .

These cycles would last fifty or sixty years, and he identified three such cycles, importantly identifying the Great Depression in a report he wrote in 1926, only three years before the crash.

For Marxist economists in the vein of Kondratyev, a fourth cycle began with a period of expansion after the Second World War, lasting until the early 1970s,when a recession period kicked in, until the early 1980s, when stagnation and a plateau took over. In some ways the depression period was artificially kept from view or delayed by what is commonly called neo-liberalism but essentially by state interference in the economy to prop up profit-creation.

But despite this,the rate of return on capital has declined significantly over the last few decades, prompting a drastic drop in interest rates to try to stimulate investment, resulting in a flood of capital into speculative bubbles and financialisation.

This state interference, and the high degree of monopolisation of power, has prevented the naturally occurring destruction of capital that came towardsÂ  the end of previous cycles and that provided the opportunity for the rate of
profit to recover.

As the article by NC in Socialist Voice points out, Andrew Kliman has produced extensive quality research on
this prevention of the destruction of capital and how this has played a significant role in creating the crisis and deepening it. Both the general crisis of capitalism and Kondratyev cycles as explanatory theories are extremely powerful, and the latest research and analysis must be used to build on these.

Economic crisis, political crisis, democratic deficit, crisis of education and culture, identity crisis, social problemsÂall
form part of what is the general crisis of capitalism and are evidently part of the system today. Improving our understanding of the crisis. We must continue striving to achieve a better understanding of how the system operates today and how in essence we cannot deal with individual aspects of the crisis without challenging the system in its entirety.

The democratic deficit cannot be seriously overcome without democratising the economy. the environmental destruction of the planet cannot be reversed without a planned and controlled economy.

Social problems, drugs and alcohol abuse won’t be eradicated without full employment and community control over people’s future. They are all interrelated and interlinked, and so is the struggle to understand and to overcome the system that creates and sustains them.

In trying to achieve this understanding,a number of things are becoming clear:

ÂÂ Â  Crises are a cyclical part of the system that occur periodically.
ÂÂ Â  The tendency is for the rate of profit to decline,but the state acts to counter
this tendency.
ÂÂ Â  Capital flowed to areas such as finance, where a better return could be made.
ÂÂ Â  Capital floods areas of return,result ing in bubbles.
ÂÂ Â  DebtÂpersonal,company,and stateÂis used to mask fundamental weaknesses and to absorb excess capital.
ÂÂ Â  A number of factorsÂincluding military contracts, privatisation,and financial innovationÂdeferred the crisis.
ÂÂ Â  Monopolisation and the concentration of economic and political power in the hands of fewer people and entities
has prevented the "normal" destruction of capital that facilitates a return to growth.
ÂÂ Â  Through the internationalisation of production and technological improvements,excess capacity exists in the
production of goods,meaning that the system operates on the verge of over-production.
ÂÂ Â  Alongside the continual concentration of wealth in fewer and fewer hands,economic growth has been virtually
stagnant in the system’s mature economies.
ÂÂ  Fictitious capitalÂa paper claim to profit yet to be producedÂhas grown far out of step with real capital but has become increasingly entangled with the real economy through debt and financial innovations.

The reality of the system today is of one in deep crisis, a system that relies on the state to transfer the crisis to working people while it tries to work out a new set of solutionsÂor contradictionsÂto temporarily return the system to growth.

Over the years Socialist Voice has been to the fore in exposing this process. In essence it has put the system on
trial and month by month has explained economic, political and social problems as stemming from the capitalist system that determines human relations.

This must be the basis on which an economy for the common good is fought for and an alternative presented to workers. 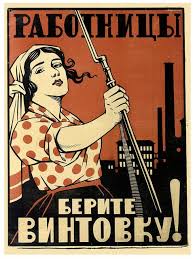 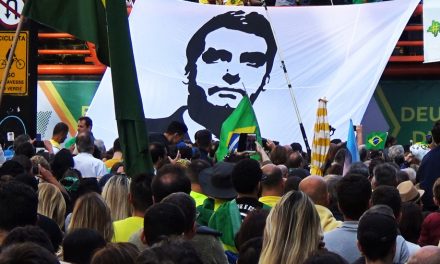 Is Brazil’s Bolsonaro a Pinochet or a Populist? 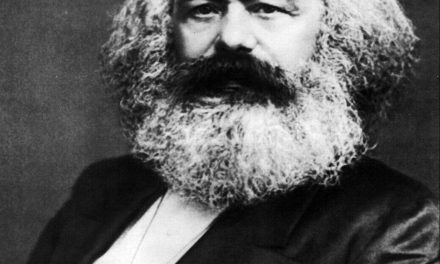