"But one last thing, because you asked a final question Âno, I’m not going to be scrambling jets to get a 29-year-old hacker." President Barack Obama, June 27.

The president has not launched stealth jets yet, but he did stealthily direct members of the ever-compliant European coalition of the willing to block the presidential airplane of Evo Morales from access to their respective air spaces. This meant preventing the refueling of the plane, thereby putting into danger the lives of the Bolivian President and his companions on the plane. France, Spain, Portugal and Italy obeyed the command.

Morales made an emergency landing in Vienna, Austria, whose president Heinz Fischer previously has spoken of Morales with admiration. When the former assured the world that Edward Snowden was not on the plane, the backtracking Âdissembling, lying, and covering up for the USÂ began immediately: the incidents in all four nations, we are told, were simple misunderstandings that happened by coincidence in consecutive order.

In exchange, the US left its collaborators to squirm out of the situation on their own. State Department spokesperson Jen Psaki, when asked whether US officials had asked European countries to divert the Bolivian president’s plane, said "I would point you to those specific countries, to answer that question." Those specific countries were already in cover-up mode.

Had Snowden been on the plane, he would have been arrested by the local authorities and delivered to the US. But he wasn’t, and the US could not have had firm intelligence that he was. The Vienna Convention on Diplomatic Relations provides at Article 22(3) that "The premises of the mission, their furnishings and other property thereon and the means of transport of the mission shall be immune from search, requisition, attachment or execution." President Fischer said yesterday that "There was also no reason under international law. The plane of a president belongs to ‘his territory’ and cannot be searched readily."

What was done to Morales would not have been done to the presidents of Russia or China. Such an indignity is reserved for smaller countries that act independently from the US. It is no wonder that Latin America and the Caribbean Âincluding the OAS through its Secretary GeneralÂ reacted immediately, and now demand a full explanation and action by international organizations. The Mexican Congress called the treatment of Morales "disgraceful and discriminatory."

Despite the stonewalling, Obama’s "leading from behind" was especially evident in this incident, which has exposed the reality of collusion between the US and leading European countries when it’s convenient for them to violate, again, international treaties.Â 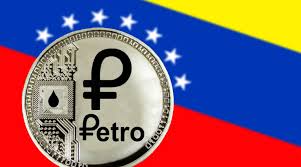 Q & A: What is Venezuela’s New Petro Cryptocurrency?