Special Operations forces have grown both in numbers and budget, and are deployed in 75 countries, compared with about 60 at the beginning of last year. In addition to units that have spent years in the Philippines and Colombia, teams are operating in Yemen and elsewhere in the Middle East, Africa and Central Asia. Commanders are developing plans for increasing the use of such forces in Somalia, where a Special Operations raid last year killed the alleged head of al-Qaida in East Africa. Plans exist for pre-emptive or retaliatory strikes in numerous places around the world, meant to be put into action when a plot has been identified, or after an attack linked to a specific group.

The surge in Special Operations deployments, along with intensified CIA drone attacks in western Pakistan, is the other side of the national security doctrine of global engagement and domestic values President Obama released recently.

One advantage of using "secret" forces for such missions is that they rarely discuss their operations in public. For a Democratic president such as Obama, who is criticized from either side of the political spectrum for too much or too little aggression, the unacknowledged CIA drone attacks in Pakistan, along with unilateral U.S. raids in Somalia and joint operations in Yemen, provide politically useful tools.

Obama, one senior military official said, has allowed "things that the previous administration did not."

Special Operations commanders have also become a far more regular presence at the White House than they were under the Bush administration, when most briefings on potential future operations were run through the Pentagon chain of command and were conducted by the defense secretary or the chairman of the Joint Chiefs of Staff.

"We have a lot more access," a second military official said. "They are talking publicly much less but they are acting more. They are willing to get aggressive much more quickly."

The Special Operations capabilities requested by the White House go beyond unilateral strikes and include the training of local counterterrorism forces and joint operations with them. In Yemen, for example, "we are doing all three," the official said. Officials who spoke about the increased operations were not authorized to discuss them on the record.

The clearest public description of the secret-war aspects of the doctrine came from White House counterterrorism director John Brennan. He said the United States "will not merely respond after the fact" of a terrorist attack but will "take the fight to al-Qaida and its extremist affiliates whether they plot and train in Afghanistan, Pakistan, Yemen, Somalia and beyond."

That rhetoric is not much different than George W. Bush’s pledge to "take the battle to the enemy … and confront the worst threats before they emerge." The elite Special Operations units, drawn from all four branches of the armed forces, became a frontline counterterrorism weapon for the United States after the Sept. 11, 2001, attacks.

The United Nations, in a report this week, questioned the administration’s authority under international law to conduct such raids.

The Obama administration has rejected the constitutional executive authority claimed by Bush and has based its lethal operations on the authority Congress gave the president in 2001 to use "all necessary and appropriate force against those nations, organizations, or persons" he determines "planned, authorized, committed, or aided" the Sept. 11 attacks.

Many of those currently being targeted, said John Bellinger III, a senior legal adviser in both of Bush’s administrations, "particularly in places outside Afghanistan," had nothing to do with the attacks. 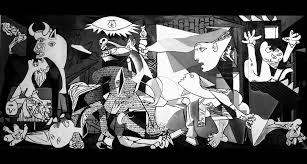