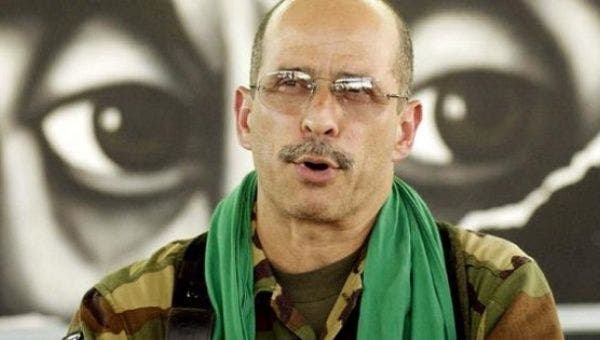 Murderous violence and oligarchy were at the center of Colombian political life during the 20th century. Colombians by the millions were marginalized, impoverished, and/or displaced from small land holdings. Violence and the failings of liberal democracy turned Simón Trinidad into a revolutionary. Few in the United States and Europe know about him. Colombia’s allies in both places overlook the Colombian terror regime.

Simón Trinidad matters; his time has come. This leader of the former Revolutionary Armed Forces of Colombia (FARC) faced bizarre and unfounded criminal charges in a U.S. court. He’s being held under the cruelest of conditions in a federal prison in Florence, Colorado. He will die there unless he is released. Simón Trinidad will be 70 years old on July 30.

An international campaign is demanding that the U. S. government return Simón Trinidad to Colombia. What follows is an appeal on behalf of that campaign. Here are some facts:

Trinidad’s birth name was Ricardo Palmera. His family included lawyers, politicians and landowners and was based in Valledupar, Cesar Department, Colombia. There, Palmera worked as a banker, taught economics in a regional university, and managed his family’s agricultural holdings. Affiliated with the Liberal Party, he favored agrarian reform. Then Palmera joined the left-leaning Patriotic Union, formed in 1985.

That electoral coalition was immediately smothered in violence and murder. Palmera’s close comrades were being killed. Others departed for exile. On October 11, 1987, assassins killed Patriotic Union presidential candidate Jaime Pardo Leal, someone whom Palmera greatly admired. Discovering that he too was about to be killed, Palmera left Valledupar and joined the FARC. He took the name Simón Trinidad.

With that insurgency, Trinidad was responsible for propaganda and political education. He served as a peace negotiator. In December, 2003, Trinidad was in Ecuador preparing to meet with United Nations official James Lemoyne to discuss FARC plans to liberate hostages. On January 2, 2004, he was arrested there – with CIA help – and within two days had been delivered to Colombia. He remained in custody until December 31, 2004, when the Colombian government extradited him to the United States.

Simón Trinidad faced four jury trials between October, 2006 and April, 2008. The first trial ended in a deadlocked jury, the second one yielded a conviction, and the third and fourth trial each ended with juries deadlocked on a drug-trafficking charge. He was convicted of having conspired with other members of the FARC – terrorists in U. S. government eyes – to capture and hold hostage three U.S. drug-war contractors.

Trinidad’s first trial judge was replaced after he had illegally interviewed jurors to secure information potentially useful to the prosecutors in his second trial.

The new judge sentenced Simón Trinidad to 60 years in prison, 20 years for each of the three U.S. contractors being held hostage by the FARC. Trinidad was 57 years old.

He is serving his sentence at a U.S. “supermax” federal prison. Trinidad remained in solitary confinement from the time of his arrival in the United States until 2018. Now he may eat a midday meal in a dining hall. He is not allowed to receive letters, emails, or periodicals. Phone calls are limited.  Visitors are rare and very few, apart from his U.S. lawyers.

Peace negotiations between the FARC and Colombian government took place in Havana from 2012 until 2016. The FARC delegation sought Simón Trinidad’s presence there as spokesperson and negotiator. Colombia’s government never requested authorities in Washington to release him for that purpose. There’s no indication that the latter would have done so.

The eventual Peace Agreement provided for a “Special Jurisdiction for Peace.” There, former combatants on both sides of the conflict have the opportunity, if they choose, to speak the truth about crimes they may have committed and have the court decide upon pardon or punishment. Simón Trinidad chose to participate. To do so he needs to be in Colombia.

Simón Trinidad, faithful to his principles, sought justice for the oppressed. Now he asks for justice. While a few solidarity activists may seize upon one or two aspects of his political life to justify their support for him, others latch onto a full menu of good reasons for demanding that the U.S. government return Simón Trinidad to Colombia.

On display with Trinidad’s capture and extradition was the top-down nature of imperialist relations with client nations. Perhaps to please its boss, Colombia’s government almost immediately signaled its intention to extradite Trinidad to the United States, doing so even before a criminal charge had been announced. And Colombia’s political opposition regularly claims that national sovereignty is diminished every time prisoners like Simón Trinidad are referred to the United States for prosecution and punishment.

As a member of the FARC, Simón Trinidad saw violence against the Patriotic Union turn into massacre. Many of the estimated 5000 murder victims were former FARC members who were participating in electoral politics. Murderous violence and war between rich and poor are still at the center of Colombian politics. Following the signing of the Peace Agreement, assassins have killed more than 200 ex-FARC combatants and hundreds of community and political leaders, mainly in rural areas. The U.S. government, allied to the partisans of violence in Colombia, is complicit.

That kind of violence helped to put Simón Trinidad on the revolutionary path. One good way to demonstrate abhorrence of U.S. promotion of violence in Colombia, we think, is to join the fight for Simón Trinidad’s return now to Colombia.

For more information about the campaign to return Simón Trinidad to Colombia, go to https://www.libertadsimontrinidad.com/. Contact simontrinidadlibre@gmail.com. with questions or with your offer to join the campaign.