I just returned from Venezuela this week where I was observing the post-election audit of the vote count at the invitation of the CNE (the National Electoral Council). The audit, known as the Citizens’ Verification process, is impressive in its scope and thoroughness.

From eight in the morning ’til noon every day, a team of professors, their students and CNE support staff, operating out of the CNE warehouse in the Mariches barrio of Caracas, randomly select 350 boxes containing paper vote receipts to audit. They then count each receipt in these boxes to verify whether they match up with the electronic vote count from the machines linked to each box. Demonstrating the amazing transparency of this process, this auditing is being broadcast by live webcam on the CNE website.

By the time I left Caracas, 81 percent of all the paper receipts had been audited, and this audit has shown the original vote count to be 99.8 percent accurate. And, in the next couple of weeks, the CNE fully intends to audit each and every box of receipts — each box having been brought to the Mariches center from the thousands of voting locations throughout Venezuela, some being brought from the Amazon by canoe.

As the Center for Economic and Policy Research explained a few weeks ago, the original audit on election day — in which witnesses from the various parties, including the opposition MUD party, reviewed at least 53 percent of the voting receipts right there in the polling places — was more than statistically significant to verify the results of the election. (1) But alas, as one sociology professor who was witnessing the audit told us with an impish grin, "the Venezuelan people are a kind people, and we readily give in to the caprices of others."

In this case, the CNE is giving into the caprices of the opposition party headed by Henrique Capriles who originally demanded the audit but who has since boycotted it, and of the United States as well which has yet to recognize Nicolas Maduro as the legitimate President of Venezuela.

Meanwhile, a federal judge in Canada just ruled this week that the 2011 election of Conservative Party candidate Stephen Harper was fraught with fraud and massive voter suppression. Yet, there have been no calls from Washington to withdraw recognition of Harper.

Of course, the stance taken by Capriles in refusing to concede the election and by the U.S. in refusing to recognize Maduro has nothing to do with a bona fide doubt in the legitimacy of the Venezuelan electoral process — it would indeed be hard to find a more fail-safe and transparent process in the world, and indeed long-time election observer Jimmy Carter has yet to find one. Instead, this is all about an attempt by the Venezuelan and international elite to destabilize Venezuela, to unseat Nicolas Maduro by any possible means and to undo the revolution started by Hugo Chavez in 1999.

My meeting on my last night in Caracas with my friend Jacobo Torres and with Carlos Lopez, both leaders of the Central Socialista Bolivariana de Trabajadores (CSBT), gives a good glimpse into why the capitalist class is eager to destroy the Venezuelan revolution.

Jacobo and Carlos explained to me that, through the efforts of the two-million-member CSBT union in dialogue with President Hugo Chavez, the Venezuelan workers are now receiving the benefit of one of the most far-reaching and progressive labor laws in the world. This labor law, which was signed into effect on May 1, 2012, was the product of a convention of 4500 worker delegates who made 19,000 proposals to President Chavez for the new law which, they explained, had the purpose of "overcoming the capitalist weaknesses in the Venezuela law" which had governed labor relations in the past.

Amongst other things, the new law

As Jacobo and Carlos explained, the destiny of the Venezuelan workers and unions are intimately tied to that of the revolution and Nicolas Maduro — the first "worker president" of Venezuela.

The Venezuelan and U.S. ruling class are quite aware of this fact as well, and are therefore bent on destroying this revolution which represents, in the words of Noam Chomsky, "the threat of a good example." And, they see the narrow victory of Maduro as an opportunity to do just that.

For the good of workers everywhere, we must defend Venezuela and its revolution at this critical juncture in their history.

Daniel Kovalik is a labor and human rights lawyer living in Pittsburgh, Pennsylvania. He is also a member of the National Lawyers Guild and has been accompanying the electoral process in Venezuela as a member of the Guild. 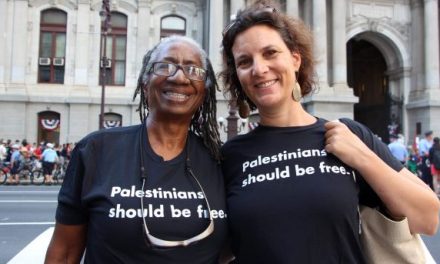 The Left and Europe