Carolus Wimmer prefers to be called simply "Carolus" or "comrade."

He’s uncomfortable being introduced in progressive circles as a Deputy in the Latin American Parliament (Parlatino), the editor of a discussion journal called Debate Abierto (Open Debate), host of a weekly current affairs radio program, a member of the Politburo of the Communist Party of Venezuela and the Party’s secretary for international relations.

That’s just a short list of his duties but, while Carolus is humble about his achievements, its reproduction here may help readers appreciate his deep understanding of developments in Venezuela’s Bolivarian Revolution. He is a very active participant in the great changes taking place in the country. Carolus recently completed a tour of Australia as guest of the Communist Party of Australia.

In Adelaide he took time out of his busy schedule to record an interview with Bob Briton from The Guardian. The first part of the interview appears below.

Bob Briton: Could you tell us about developments within the Bolivarian Revolution, its achievements since we spoke in 2006 and any differences in the way benefits are delivered to the people? Is there still a situation of dual authority in the country Â the old ministries existing alongside new structures?

We can say that now a lot of things are more mature, for example the necessity for a Marxist-Leninist Party is now clear. There was a great discussion in 2007 about whether there should be a single party of the Revolution. The Communist Party conducted a special discussion and we are open to discussing this question in the future.

At this moment we have decided Â and we think our decision is correct Â to maintain a Marxist-Leninist, Communist Party which carries out its work among the working class, which builds class-oriented trade unions, which organises the workers for the revolutionary process.

As a Party we cannot understand the idea of building a revolution without the leadership of the working class. This is one of the discussions we are having in Venezuela and to have this discussion it is necessary to have a class-oriented, Marxist-Leninist Party.

We can say during these years, the people and the workers have really received a lot of benefits. We can say that in every family someone has received some important results from the revolution. Maybe there are still a lot of difficulties, people who from the individual point of view still have a lot of problems and needs.

But when we look at it not from the point of view of capitalism, not as a number of individuals but as families or as a class we can see a lot of results that would have been impossible without the Bolivarian Revolution.

Here we can give one example Â this year a new labour law was approved. This is important in Venezuela. It was discussed by the workers and with the workers and you can say that with this law we have recovered a lot of rights lost during the terrible time of the 1980s and ’90s when the different governing parties pushed forward neo-liberal policies of privatisation in all sectors, when workers lost permanent employment and a lot of social rights.

Very important in this new law is recognition of a new type of workers’ organisation parallel to the trade unions. This labour law makes possible the creation of Socialist Worker Councils. The idea is that the benefits are not only material. Of course, there have been a lot of advances in the fields of education, healthcare, housing, culture and labour rights but there are also benefits in the political conditions.

As the Communist Party of Venezuela we see it as necessary at this time, after 13 years of the Bolivarian Revolution, that we take a step forward in the direction that the working class must control production on the one hand and must have the political control of the Bolivarian Revolution. In these Socialist Worker Councils the concept is for workers to control the planning or take part in the planning of production, the administration of the company with total transparency.

For example, we hear often from the bosses, the owners of the company, that there must be a reduction in the personnel, the number of workers because the company is in trouble. We say in Venezuela that in that case the workers have the right to see the books to see if that it is the reality or a lie on the part of the capitalist owners.

On the other hand, if there are troubles in the company we know that the fault usually lies with the management and not the workers. In this situation the workers have to find solutions with the owners that exclude the loss of workers’ jobs.

For that reason it is necessary that, alongside the ministries as you called them, alongside the government structure that we continue with the social missions, as we call them in Venezuela. They are continuing. Nowadays they have a higher quality. For example in healthcare there were first small units for treatment of patients distributed in the suburbs. Now you can say that we have a third level of high-technology treatment in popular hospitals in this health care mission.

Also, when we met in 2006 the mission began with reading and writing with the "Yes I Can" program. Now we have a mission in education with the great solidarity of the Cuban government to reach the university level. We have new universities. So we have great advances in the education profession. We are also advancing in political and ideological education.

BB: What are the next likely steps towards socialism and which forces are leading the way?

CW: Regarding socialism Â for the Communist Party we don’t consider that we are building socialism in a direct form. In the Communist Party we describe this moment as the anti-imperialist struggle and in that struggle we are working to build the anti-imperialist front. It’s very important because we say we have to go forward very cautiously; we have to maintain a majority in the different struggles including in the election.

It is very important to know what the historic moment is and with which allies we can go forward. Of course, it’s very important in this anti-imperialist work we are carrying out now that there is an anti-capitalist and pro-socialist orientation and concept.

The Communist Party views its work with great responsibility. It concentrates its efforts on the workers, to organise them in class-oriented trade unions to provide them with a political and ideological education. We do this to show that we favour the working class and to maintain our independence to criticise and to propose solutions when we think decisions have been made by the government that don’t favour the working class or the people in general.

We have an extremely good relationship with President ChÃ¡vez. It’s well known that ours was the first party in Venezuela to select him as candidate for the election to take place on October 7.

The decision was made at our last Party Congress. We see with President ChÃ¡vez our strategic allies and we maintain fraternal relations with the Socialist Party [PSUV]. At the moment you can say that we are the two parties moving forward with the work of the election campaign, in the leadership of the election campaign there are the Socialist Party and the Communist Party.

There is another important political work to build up the Great Patriotic Pole (Gran Polo PatriÃ³tico), which should be a strategic alliance of political parties, of mass movements, of the women’s movement, of the youth, of the farmers, of workers in the field of culture.

In this area of the building up of the Great Patriotic Pole, the Communist Party also has a lot of responsibilities in the frontline and, with the Socialist Party, has the responsibility to build the Consejo PatriÃ³tico de los Partidos Politicos [the Patriotic Council of Political Parties], which has seven political parties in it.

We are sure that President ChÃ¡vez, who has recovered well from a very bad illness, should win the presidential election of October 7 but, as revolutionaries, we know the enemy Â especially US imperialism and the national bourgeoisie Â will do anything legal or illegal to make this victory impossible.

There have been the expressions of the US Secretary of State, Hillary Clinton, that unforeseen events will take place. It’s a threat to undermine the democratic right for elections. For that we are optimistic that we will have a victory for President ChÃ¡vez but as a Party and a class we must have great revolutionary vigilance to mobilise all the supporters of ChÃ¡vez on October 7 but also that we must defend the victory later.

The stance of the opposition hasn’t changed. We are speaking here of revolution and counter-revolution.

(To be continued next week) 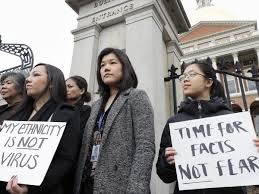