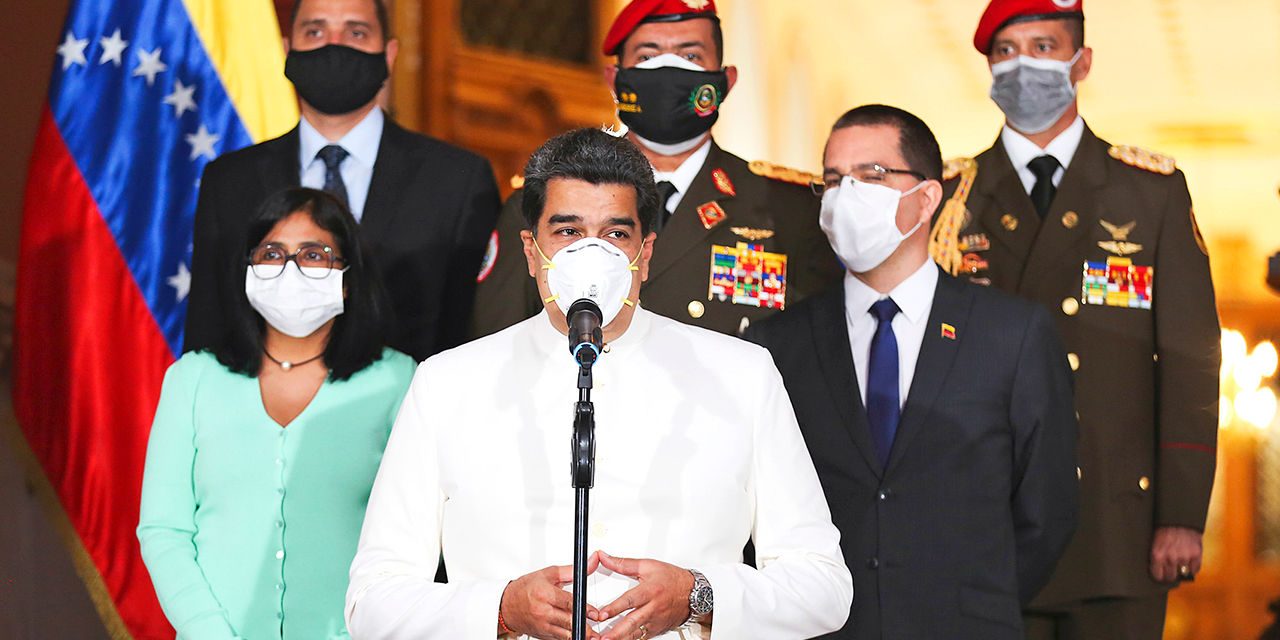 To the People of the United States of America:

For weeks now, the world stands still, trying to control a pandemic that, without any doubt, is the greatest challenge we have faced together as a society and as international community. Our priority is confronting it, as is the priority of the people of the United States.

Fortunately, in Venezuela, we have been able to count on some advantages. We took very early measures of social distancing and amplified testing, relying on our free and public healthcare system that counts doctors throughout the country with what we call family. We also rely on the invaluable community-based organizations to help raise social awareness and support the most vulnerable sectors. The solidarity of Cuba, China, and Russia, and the support of the World Health Organization has likewise allowed us to obtain necessary medical supplies despite Donald Trump’s illegal sanctions.

In expressing my solidarity to you in this important historic challenge, as well as our consternation and grief for the consequences of the pandemic in the U.S., I also have the obligation to make you aware that as the world focuses on dealing with the COVID-19 emergency, the Trump Administration, once again instrumentalizing institutions in order to fulfill electoral objectives, and based on infamies under the pretext of the War on Drugs, has ordered the largest U.S. military deployment in our region in the last 30 years, with the purpose of threatening Venezuela and bringing to our region a costly, bloody, military conflict of indefinite duration.

In the runup to this fallacious maneuver, last March 26, William Barr, an Attorney General of questionable independence (who recommended the 1989 invasion of Panama against Noriega and helped cover up the irregularities of the Iran-Contra scandal) filed, without showing any evidence whatsoever, accusations of drug trafficking towards the United States against myself and against senior Venezuelan State officials, even though data from the Department of Defense itself show that, unlike Colombia and Honduras, two of Washington’s allied countries, Venezuela is not a primary transit country towards the United States.

It is clear that the Trump Administration is creating a smokescreen to cloud the improvised and erratic handling of the pandemic in the United States. The most optimistic forecast show that close to 240,000 souls will be lost in the United States. From the beginning, Donald Trump downplayed and even denied it, the same way he has done with climate change. Today, the crisis in the United States aggravates simply because, despite having the resources, he is not willing to transform the healthcare system to prioritize full care for the population instead of profit-based private medicine, insurance companies and pharmaceutical industry.

We in Venezuela do not want an armed conflict in our region. We want brotherly relations of cooperation, exchange and respect.

We cannot accept war threats, nor blockades, nor can we accept the intention of installing an international tutelage that violates our sovereignty and disavows the progress made in the last year in the sincere political dialogue between the government and a large part of the Venezuelan opposition that wants political solutions and not oil wars.

Based on the foregoing, I call upon the people of the United States to stop to this madness, to hold your officials accountable and to force them to focus their attention and their resources on urgently addressing the pandemic. I also ask, together with the end to military threats, the end to the illegal sanctions and blockade that restrict the access of humanitarian goods that are so necessary for the country today. I wholeheartedly ask you not to allow your country to be dragged once again into another unending conflict, another Viet Nam, another Iraq, but this time, closer to home.

The peoples of the United States and Venezuela are not as different as their lies intend us to believe. We are peoples seeking a more just, free, and compassionate society. Let us not let the particular interests of minorities blinded by ambition to set us apart. We, as our leader Hugo Chavez once said, share the same dream. The dream of Martin Luther King is also the dream of Venezuela and its revolutionary government. I invite you to struggle together in order to make that dream come true.

No to a United States war against Venezuela.

President of the Bolivarian Republic of Venezuela 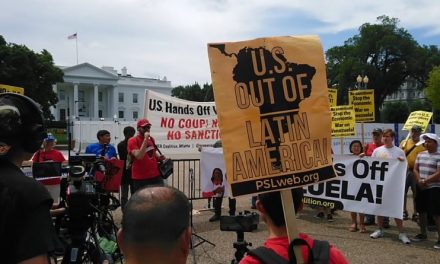