This new book is a tale of two cities. Keith BolenderÂs, ÂFrom the Other SideÂ has terrorist victims in Cuba telling of violent, murderous assaults emanating from the United States, carried out mostly by counter revolutionary Ã©migrÃ©s living in Florida.Â

Taking that approach and not following the doings of powerbrokers is the bookÂs main virtue. Introducing the book, Noam Chomsky credits the author as one who Âpermits us to hear the voices of the victims of [U.S.] terrorism… for the first time.”

Bolender assigns each category of terrorism to a single chapter, presenting history and operations first and then victimsÂ narratives. Heriberto NicolasÂ superb translation conveys their pain, determination, and continuing shock as to why regular, working people were targeted. Â

Horror-filled chapters cover the murderous bombing of a Cuban airliner in 1976, bombings of hotels in Havana in 1997, killings of teenage volunteers in CubaÂs 1961 literacy campaign, delivery of microbes to Cuba that killed people and farm animals, a deadly shoot-up in a seaside village in 1971, Â and more.

One chapter deals with the appalling Operation Peter Pan, that project of the Catholic Church, U.S. government, and frightened parents that removed 14,000 unattended children from the island. That Bolender highlights both psychological and physical scarring is evident from interview excerpts.

Jorge de La Nuez’ father died as one of the passengers aboard the downed Cubana airliner. He was returning early from a fishing job in Guyana in order to celebrate his daughterÂs birthday.Â  Jorge recalls, “I was behaving badly [in school] waiting for my father to come home.Â Â “My father was my life,Â he adds; ÂI used to see my life through his eyes.ÂÂ  He wondered, ÂHow could my father not come home, he’s cheating me.” Haymel Espinosa Gomez’ father copiloted that flight. “What we have gone through” she likened “to the victims of September 11.” Â

Over their fatherÂs objection, Maria Dolores AscunceÂs 16 year old brother went with young volunteers from Havana to the countryside to teach literacy. U.S.-assisted thugs tortured and killed him.Â  “At the funeral we saw the body,Â his sister recalls, ÂMy parents were destroyed. [My father] never recovered.”

In 1960 the French ship Coubre, loaded with arms, docked in Havana. It blew up. Â Rosario Olegario VelascoÂs husband Arturo was one of over 100 people killed. Severely burned, he wanted to see his four year old son before dying. Rosario declared that, ÂNo one had the right to kill this person.Â “It was terrible,Â she recalled. Â[My son] started screaming, ‘What happened to my father?'” Analysts say bombers installed their devices in Miami, the CoubreÂs previous port of call. Â

“I’m constantly thinking of this. Every step I take reminds me of that night,Â said Nancy Pavon. She was 15 years old living in Boca de Sama, when Florida gunmen arriving by boat destroyed her foot. “I miss my foot,” she said, “but my hands are fine.”Â  Edilfredo Sosa tearfully remembered his eight-year-old ballerina daughterÂs enthusiasm for going to Germany to dance. That was just before she died in 1981, along with dozens of other children, from imported hemorrhagic dengue.

BolenderÂs valuable book traces a tale of two cities: Havana – greater Havana, that is – and Miami. The mayor of the Miami suburb Hialeah on June 14 awarded the cityÂs key to Luis Posada. The ex-CIA agent responsible for the airliner bombing and Havana hotel bombings was honored amidst fanfare. On hand were terrorists on the lam from other Latin American countries. Four days later Miamians celebrated Posada at another mega event. Posada had recently been cleared on minor charges by a federal court.Â

Readers are thus invited to move from personal stories to the context of terror. Those inclined toward justice may wonderÂ why silence surrounds such events, even among kindred souls, while basic questions go unanswered. Why not, for example, end anti-Cuban hostilities that gave rise to violent attacks in the first place?Â  Why not apply international law and common decency to Posada? Prosecute him for murders, or extradite him, as requested, to Venezuela. And what are the victims owed?

Realization may dawn that, according to the official, but closeted, script, a Cuba Âwith all and for allÂ Â independence leader Jose MartiÂs famous characterization Â threatens the sway of world capitalism, orchestrated in Washington. In that setting, anything is allowed, including murder and mayhem. This book illuminates a clear path: fromÂ accepting victimsÂ stories to dead set antagonism to capitalism, prone as it is to plunder and bullying. Bolender implicitly raises the question of what to do, and Cuba, by example, helps light the way.

To ward off terrorist attacks, the Cuban government sent volunteers to Florida posing as counterrevolutionaries. They monitored and reported on plots there. These young men during their farce of a trial and almost 13 years of brutal incarceration became known as the ÂCuban FiveÂ. ÂFrom the Other ShoreÂ gets high marks for summarizing their case and demonstrating why they came to Florida. The book becomes a tool in the worldwide movement for their freedom. Â

Lastly, the author deserves credit for exploring the development of Cuban national identity and CubansÂ dedication to unity and independence. These are anti-terrorist antidotes. Â The United States, Bolender suggests, foments fears, division, and a siege mentality, all aimed at making Cuba ungovernable. He suggests that socialism under attack, imperfect and at times paranoid, fosters discontent, much to the joy of CubaÂs enemy. An introductory chapter touches upon U.S. annexationist yearnings in the 19th Century, the U.S. nixing of Cuban independence in 1898, and U.S. domination from then until 1959. These were the elements that set the stage for terror.

Voices from the Other Side by Keith Bolender,
Pluto Press (www.plutobooks.com), London, 2010.Â 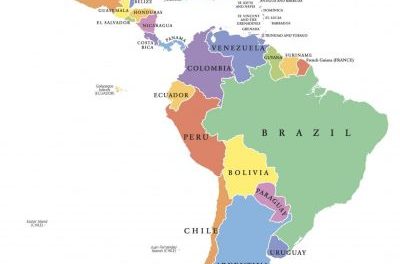 The Other Big Blunder at the Academy Awards Ceremony