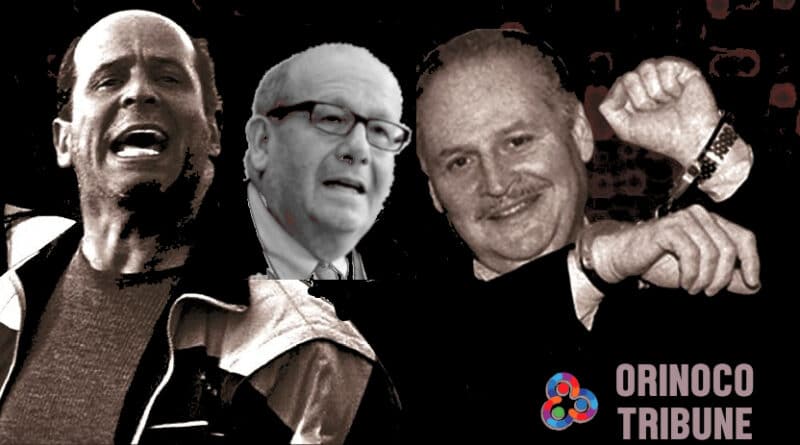 In this new episode of Chavista Chronicles from Caracas, we had the pleasure to interview Mark Burton. Burton is  attorney for Colombia’s Simon Trinidad’ and maybe soon, Venezuela’s Ilich Ramirez Sanchez.

He is a human rights lawyer in the United States and member of the national leadership of the U.S. Peace Council. He is the legal representative of Simón Trinidad, a combatant of the former FARC insurgency who was illegally extradited from Colombia.

Burton was a close observer of the Colombian Peace process in Havana and now joins with the struggle of the Venezuelan people against the US blockade and interventionism. We asked Burton four questions and at the end, he also asked two questions that we value because they provide an insight on the issues that concerns US solidarity and the friends of Chavismo in the US.

On the first question Burton provide a brief background on the case and explained the recent actions taken by the international committee to free Simon Trinidad, like a recent twitter storm with the hashtag #FreeSimonTrinidad and other activities aimed at applying pressure and to educate about his case to push for his freedom on political grounds.

We asked him about the necessity of forming local committees in the US and other countries to replicate the successful “Free the Cuban 5” approach that was key to free the Cuban Five political prisoners a few months before the end of Barack Obama’s presidency. He agreed with the idea but suggested governments be involved, like the Venezuelan or maybe the Cuban one.

Jumping to the case of Ilich Ramirez Sanchez, the Venezuelan revolutionary jailed in France for more than 26 years after his illegal kidnapping by French intelligence in the Sudan in 1992. Burton acknowledged that he is interested in the case and that he met with the Ramirez family in Venezuela. Burton also agrees that it might be very useful to have an international committee to free Ilich Ramirez Sanchez when asked about that possibility by Orinoco Tribune.

In the last two questions we talked about the violence in Colombia, including recent protests against police repression, but making a distinction between that violence and the paramilitary and false positive violence that has killed dozens of social activists and former FARC fighters in recent months.

Talking about the recent violence, protests and repression in the United States, he confirmed that the situation there is not promising and he also mentioned that in his calculations, Donald Trump might be re-elected. He also mentioned that the recent Trump’s strategy of reinforcing the anti-communist speech, McCarthyism and divisive discourse resembles Richard Nixon’s approach to win elections a lot. Burton’s first question for Orinoco Tribune focused on the recent pardon granted by President Nicolas Maduro to more than 100 political anti-Chavista operators, and his last question was about our estimations of the parliamentary elections outcome.

The podcast is below.