Where is the Party that sends warriors into the workplace, organizing and recruiting the most advanced and disciplinedmembers of our class?

Where is the Party that struggles tirelessly and selflessly for those inside the belly of the beast who have no voice?

Where is that Party? That Party, which we have longed for,Â  unfortunately does not exist YET.

The base for such a Party is certainly there, but it is not organized, it is not fortified. It is spread out all over the corners of this great land of ours. It is in the cities, on the waterfront, aboard the ships, in the workplace, in the classrooms, it is in Marxism-Leninism Today, and even in the CPUSA and the YCL.

This is where we will find the base for a new, fighting Communist Party. All of these forces must be brought together and molded into a formidable fighting force to stand up against the ruling Wall Street elites and their lackeys. We need a Party OF and FOR the working class. To have a Party of the working class, we must set aside any emotional ties we may have with the CPUSA. Its heroic history is in the past. In the spirit of William Z. Foster and all of the revolutionary traditions of the U.S. working class, we need to build a new, fighting Communist Party of the Working Class USA!

The resources are available to us. It is a question of coming together and forming cadres to perform the historic task of bringing the most advanced sections of the working class under one banner — this includes all of us here at ML Today (readers and writers alike).

We need a Party that will represent our interest as a class, not as a "nation" (as Sam Webb vaguely puts it). We are down to the line. The time to act has come! If not now, when? If not us, who? We have watched our beloved CPUSA tear itself apart from the inside out. We have stood idly by as it sinfully stripped away the passion of the youth. We have seen experienced comrades, hardened by the class struggle, viciously accused of "ultra-leftism," while the need to stay vigilant against revisionism was swept aside. We have seen comrades and friends leave the CPUSA and have nothing left to turn to.

History is in motion: We must choose, either to move with it, or against it. There is no place for neutrality any longer. That time has come and gone. The time of waiting for our Party to correct itself isÂ  over. The time of waiting for a "People’s Trial" of Sam Webb (which will not happen anytime in the near future) is over — now we must decide.

We have criticized long enough, now it is decision time. If ever there was a time when this country’s workers and oppressed needed a voice, a fighting force that would restore its honor and dignity, its revolutionary spirit, NOW would be that time. If ever theÂ  conditions were right to stand up and defend the working class and its right and historic duty to have a Party of its own, NOW would be that time.

The conditions are here, the gears are already in motion. A sleeping giant is waking up. It has awoken in Tunisia and Egypt, and it isÂ  stirring in Madison, Wisconsin. Now we must build a new Party! A Party that canÂ  harness the limitless power of the working class and wield it against this terrible system that is capitalism.

Now is the time to organize and take up the difficult task that is placed before us.

We have much bigger fish to fry than Sam Webb.

The author is a former memberÂ  of the YCL 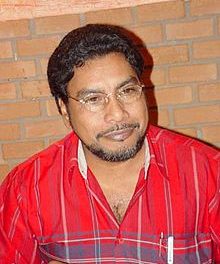 Reply to Sam Webb’s Essay, A Party of Socialism in the 21st Century: What Will It Look Like?