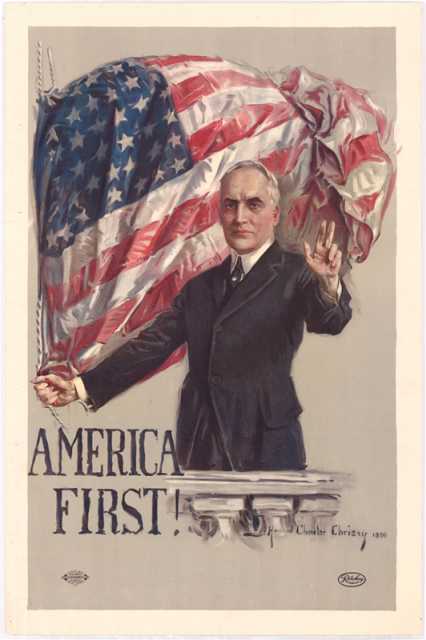 The Harvard economics professor, N. Gregory Mankiw, who served as chairman of the Council of Economic Advisers to the US president from 2003 to 2005, points to lower GDPs per capita in Western Europe to warn against US Americans emulating Western Europe’s welfare states. The higher taxes that Western Europeans pay for robust social supports, he cautions, undermine incentives to work, leading to lower incomes. “Europeans work less than [US] Americans because they face higher taxes to finance a more generous social safety net,” Mankiw argues.

US politicians endlessly point to the post-World War II economic order, of which Washington was the chief architect, as the key to US prosperity. For example, in 2017, John McCain, a major figure in the US foreign policy establishment, remarked: “We are the chief architect and defender of an international order governed by rules derived from our political and economic values. We have grown vastly wealthier and more powerful under those rules.” McCain warned that challenges to the US-created order threatened US prosperity.

In an important article he wrote for the March/April 2020 edition of Foreign Affairs–the journal of the influential Wall Street-funded and directed policy formulation group, the Council on Foreign Relations–soon-to-be president Joe Biden noted that for the last 70 years, the United States has “played a leading role in writing the rules, forging the agreements, and animating the institutions that guide relations among nations.”

As McCain acknowledged, Washington constructed the rules to serve US economic interests.

US military might and economic leverage have allowed Washington to define the rules and enforce them. Our “ability to project power [is inter alia] the basis of how we … advance U.S. interests,” declared the Chairman of the Joint Chiefs of Staff in 2017.

Washington’s obsession with “the rules,” who writes them, and who benefits from them, lies at the heart of US hegemonism, but also US hostility to China. China, and other powers such as Russia, North Korea, and Iran, which Washington denounce as revisionist, want to revise the rules of the road that put the United States ahead of all other countries, politically, militarily, and economically. These countries, along with others, have formalized their opposition to a global order based on US rules and US supremacy by founding The Group of Friends in Defense of the Charter of the United Nations, an 18-nation alliance that promotes an international order based on international law and the equality of nations.

“Who writes the rules that govern trade? … The United States, not China, should be leading that effort,” insists Biden.

Until the end of World War II, Washington’s G7 partners, Germany, Japan, Italy, France, the UK, and Canada, were independent competitors of the United States, each seeking to carve up the world into their own spheres of trade, investment, and economic advantage. (Canada, as part of the British Commonwealth, followed London’s lead.)

The postwar international order, authored by the newly emergent hegemonic power, the United States, integrated the defeated Axis powers, along with the weakened French and British Empires, into an international order, defined by Washington, informed by Wall Street’s values, and aimed at promoting corporate USA’s prosperity.

To ensure its former imperial rivals would now accommodate, rather than compete with, US economic interests in a new US-defined world order, the United States occupied militarily Germany, Japan, Italy, and the UK. For almost 80 years, the United States has maintained a robust military presence in each of these countries. Why? In 2002, in an interview with United Press International, Alexander Haig, former Supreme Commander of NATO and US Secretary of State in the Reagan administration, explained.

Q — Why is the United States still stationing 70,000 troops in Germany?

A — A lot of good reasons for that. This presence is the basis for our influence in the European region and for the cooperation of allied nations…. A lot of people forget it is also the bona fide of our economic success. The presence of U.S. troops keeps European markets open to us. If those troops weren’t there, those markets would probably be more difficult to access.

Q — I didn’t forget. I just didn’t know that if the United States didn’t maintain 70,000 troops in Germany, European markets might be closed to American goods and services.

A — On occasion, even with our presence, we have confronted protectionism in a number of industries, such as automotive and aerospace.

In other words, the markets of former imperial rivals were integrated into the US market, and the glue that bound them to the United States, and continues to bind them–as The New York Times’ columnist Thomas Friedman once put it–is “the hidden fist” of “the United States Army, Air Force, Navy and Marine Corps.”

Washington would also integrate its former European imperial competitors into NATO, placing their militaries under formal US command, and thereby taking future inter-imperialist military rivalry off the table. At the same time, NATO allows Washington to exploit the fettered militaries of its former rivals as force multipliers in the pursuit of specifically US goals in the US-defined international realm.

After the war, Washington imposed a pacifist constitution on Japan, the United States’ main rival for domination of East Asia and the Pacific, effectively emasculating the country militarily, and ensuring it would not contest US primacy in the region. Washington is now pressuring Japan to lift the pacifist restrictions the United States itself imposed on Tokyo, in order to gear up for war on “revisionist” China, under US direction.

Additionally, the US military controlled, and continues to control, the world’s trade routes, and hence its former rivals’ access to markets and raw materials. “If you have a global economy, I think you need a global navy to look after that economy,” said U.S. Pacific Fleet Commander Admiral Scott Swift. The global navy is none other than the US Navy. Author Gregg Easterbrook notes that “the US Navy is ‘the police force of nearly all blue water.” … It “has made the oceans … safer for commerce.” Specifically, US commerce.

Importantly, Washington keeps its hand on the Middle East oil spigot. Germany, France, Japan, and Italy are highly dependent on oil from West Asia. With Washington able to close the spigot at will, Western Europe and Japan have few options but to accept what Hugo Chavez called “the international dictatorship of the United States empire.”

Hence, the United States’ G7 partners emerged from the war as US vassals. Within the globe-girding US empire, they were assigned roles as junior partners—that is, subordinate components of the US imperium. Their economic interests would be junior and inferior to those of Wall Street and corporate USA.

Mankiw’s analysis is risibly superficial. The idea that taxation undermines incentives to work rests on the notion that effort is proportional to its return. Taxes reduce the return on effort and therefore discourage work. If this is true, the opposite is also true: the greater the return, the greater the effort. By this logic, Mankiw ought to advocate a robust increase in the minimum wage, reasoning that the more money people are able to make, the more likely they are to want to work. But he’s not. Instead, Mankiw’s prescriptions invariably favor employers over workers. The wealthy should not be burdened by high taxes. Governments ought to raise revenue through consumption taxes: those that hit low-income families the hardest and the wealthy the least. In invariably promoting the interests of capital, Mankiw illustrates why Karl Marx described economists of the Harvard professor’s color as “hired prize fighters” of the bourgeoisie, not “disinterested inquirers,” whose only concern was “whether this theorem or that was … useful to capital or harmful.”

Moreover, Mankiw divorces his analysis from the surrounding conditions and events. History, politics, the imbalance in political and military power between the United States and Western Europe, do not enter his field of vision. Notwithstanding Mankiw, the disparity in per capita income between the United States and its G7 partners can be explained by Washington building a post-WWII international order to privilege US economic actors at the expense of its defeated and weakened imperial rivals. In other words, the outcome of the three decades-long, 1914-1945, inter-imperialist struggle, was the emergence of a US leviathan—one that reordered the world to put, not business on top, but US business on top, with the consequence that US GDP per capita would top that of its former competitors.

Had Germany prevailed in the struggle, and had it subsequently integrated the United States into a German-led global economic order, German GDP per capita would almost certainly be greater than that of the United States, for the simple reason that German-authored rules would favor German businesses. Likewise, had Japan prevailed, the Japanese, not US Americans, would enjoy the higher GDP per capita.

This is not to say that the rivalry has come to an end. It hasn’t. That the G7 countries continue to compete among themselves for markets and investment opportunities can be seen in Germany forging a stronger trading relationship with Beijing than Washington favors; in rivalry between the EU and the United States in connection with Airbus and Boeing; in Germany and France flirting with strategic autonomy for Europe; and between the United States and France in arms sales. These are but a few examples. Even so, while competition persists, in does so within bounds defined by Washington, enforced by its ability to control its rivals’ access to markets and raw materials.

It is not, then, Western Europe’s welfare states, and the support they receive from higher taxes, that account for why Washington’s G7 partners are poorer. Instead, the lower GDPs per capita of the United States’ former imperial rivals can be explained as the outcome of their losing the inter-imperialist struggle of the first half of the twentieth century. Emerging victorious and strengthened from the thirty-year-war, the United States used its military and economic clout to impose a global economic order on its former rivals—an order which puts corporate USA first, and relegates its G7 partners to junior positions, provides them junior access to profit-making opportunities, and leaves them with junior incomes. 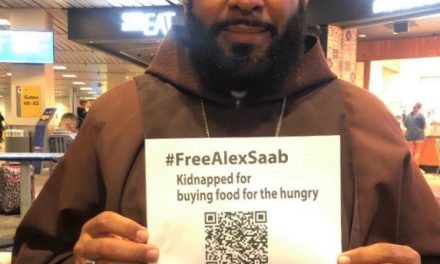