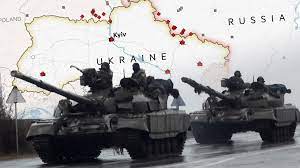 Apart from hardliners in Moscow, Washington, and Eastern Europe, no one wants a war in Ukraine. And for good reason: It’s damaging most peoples’ lives.

According to The New York Times, “The combination of punishing sanctions, championed by Mr. Biden and his allies, and Russia’s retaliation has ricocheted through global food and energy markets, exacerbating already high inflation and undercutting global growth.”

The IMF and World Bank have been sounding alarms for months. Recently they were joined by the G20 (sans Russia).

“The war, leaders of the Group of 20 nations said in a declaration at the end of their summit in Bali, ‘is causing immense human suffering and exacerbating existing fragilities in the global economy — constraining growth, increasing inflation, disrupting supply chains, heightening energy and food insecurity and elevating financial stability risks.’”

The “war needs to end,” said Gita Gopinath, the first deputy managing director of the International Monetary Fund, “because the consequences for the economy are very high.” This view was “a common refrain from everybody” at the G20 summit, she added.

Not too long ago, a common refrain from everyone was that the Covid-19 pandemic needed to end, because the consequences were very high. What’s more, the World Health Organization’s secretary general said humanity had all the tools to end the pandemic.

So why is it, that despite consensus, and despite having the tools, the pandemic didn’t end? And why is that the war in Ukraine continues with no end in sight?

What are the G20 countries doing to bring the war to an end?  Nothing.

The United States and its NATO subalterns are prolonging the war by pumping billions of dollars of weapons into Ukraine.

Russia continues to fight a war it hasn’t the resources to win.

Allies Who Are Not Aligned

While the G20 collectively is doing precious little to end the war, the leader of one its members, France, is. Emmanuel Macron “wants to find a way of ending the war around the negotiation table, not the battlefield.” No wonder. The war has not been kind to Europe. (The US is another matter.)

“The U.S. has stepped in to help replace Russia as one of the continent’s biggest natural-gas purveyors, but its shipments of liquefied natural gas have come with much higher prices, straining Europe’s manufacturing base.”

“French officials worry that manufacturers stung by Europe’s high energy prices are starting to think about shifting production to the U.S. to reap the subsidies on top of cheaper fuel supplies.”

Macron recently entreated a host of giant European firms “not to move production to the U.S.”, where energy prices are cheaper, and Biden’s Inflation Reduction Act, incentivizes firms to produce in the USA.

A senior adviser to the French president said of US-France relations, “we are allies who are not aligned.”

Biden’s “aides note the United States, as a large energy producer, is not suffering like Europe from a lack of access to Russian oil or natural gas.” What Biden’s aides don’t acknowledge is that not only is the United States not suffering, it’s reaping innumerable benefits from the war. The Wall Street Journal recently mentioned just two: (1) a reinvigorated North Atlantic Treaty Organization, which will mean a gusher of profits for US arms makers. (For example, the war has spurred Germany to commit billions of dollars to Lockheed Martin for F35 warplanes); and (2) “a boom in trade and investment between the U.S. and Europe.” An important part of the boom in trade involves reorienting Europe’s energy markets from Russia to the US.

Another benefit: With Europe dependent on the US for energy, Washington can extract concessions from Brussels by threatening to close the tap.

Doing what is right for who?

Here’s the causal sequence that ends in the world’s poorest people facing even harsher conditions as the war in Ukraine grinds on.

According to a June 2022 report by the Stockholm International Peace Research Institute,

Moscow says that NATO expansion is an existential threat. Seriously?

“A perceived victory for Moscow” would set “a dangerous precedent that political goals can be achieved through brute force,” remarked NATO general secretary Jens Stoltenberg, offering an excuse for why the war in Ukraine cannot be brought to an end short of Russia’s humiliation, despite the growing economic damage the war is causing around the world.

But didn’t the organization Stoltenberg serves as Washington’s errand boy already set the precedent when it used brute force to achieve US political aims in Yugoslavia, Afghanistan, and Libya?

That’s not to justify Moscow’s use of brute force; only to condemn NATO as equally repugnant (and equally full of shit. Regarding Moscow’s own addiction to mendacity, it will be recalled that in “the tense weeks before Russia invaded Ukraine on Feb. 24, Russian officials denied that it planned anything of the sort, denouncing the United States and its NATO allies for stoking panic and anti-Russian hatred. When it did invade, the officials denied it was at war.”) 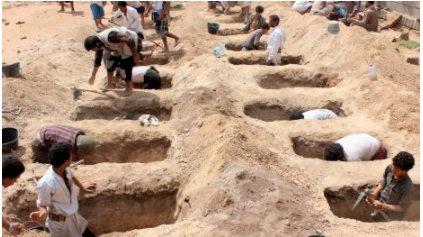 We now reach 2023: The USA is once again on the move for the next MANIFEST DESTINY (Manifest Destiny since the 1840’s !) ! You have already been informed: The 2008 U.S. Vice President Candidate Sahra Palin, ex-Governor of Alaska: “From Alaska we can see Russia !”. She then explained that islands in the Bering Strait of the USA and Russia are within visible distance. Alaska “belonged” to Russia until the mid-1860’s and then was sold by Russia to the USA: Because the British, arch-enemies of Russia, were in the Yukon and Russia could not have defended its Alaska. Russia… Read more »